Use this thread to post anything meaningful. Anything you've seen/read online worth sharing. It'd be good to keep all those things in one thread for posterity.

I'll be uploading my own edit of the game in a day or two. 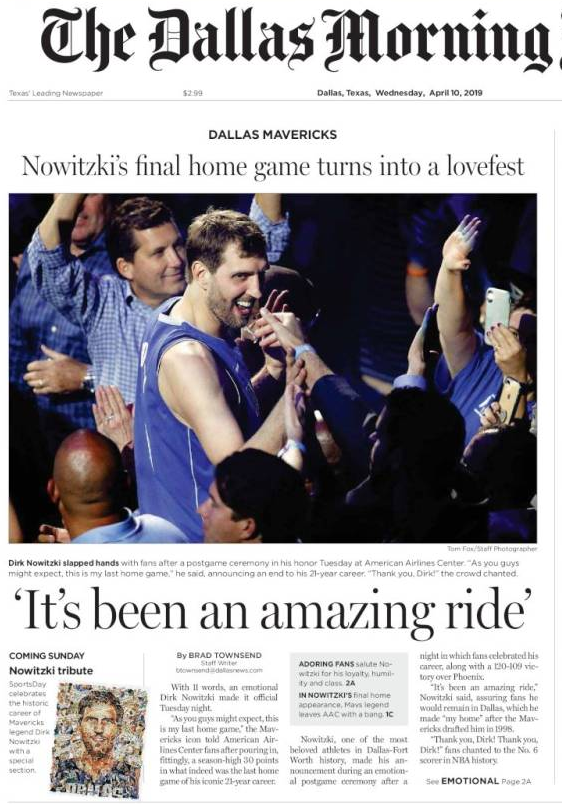 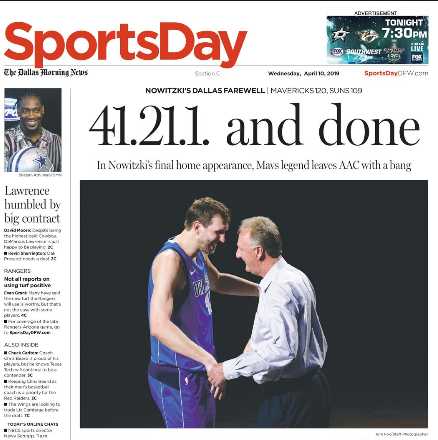 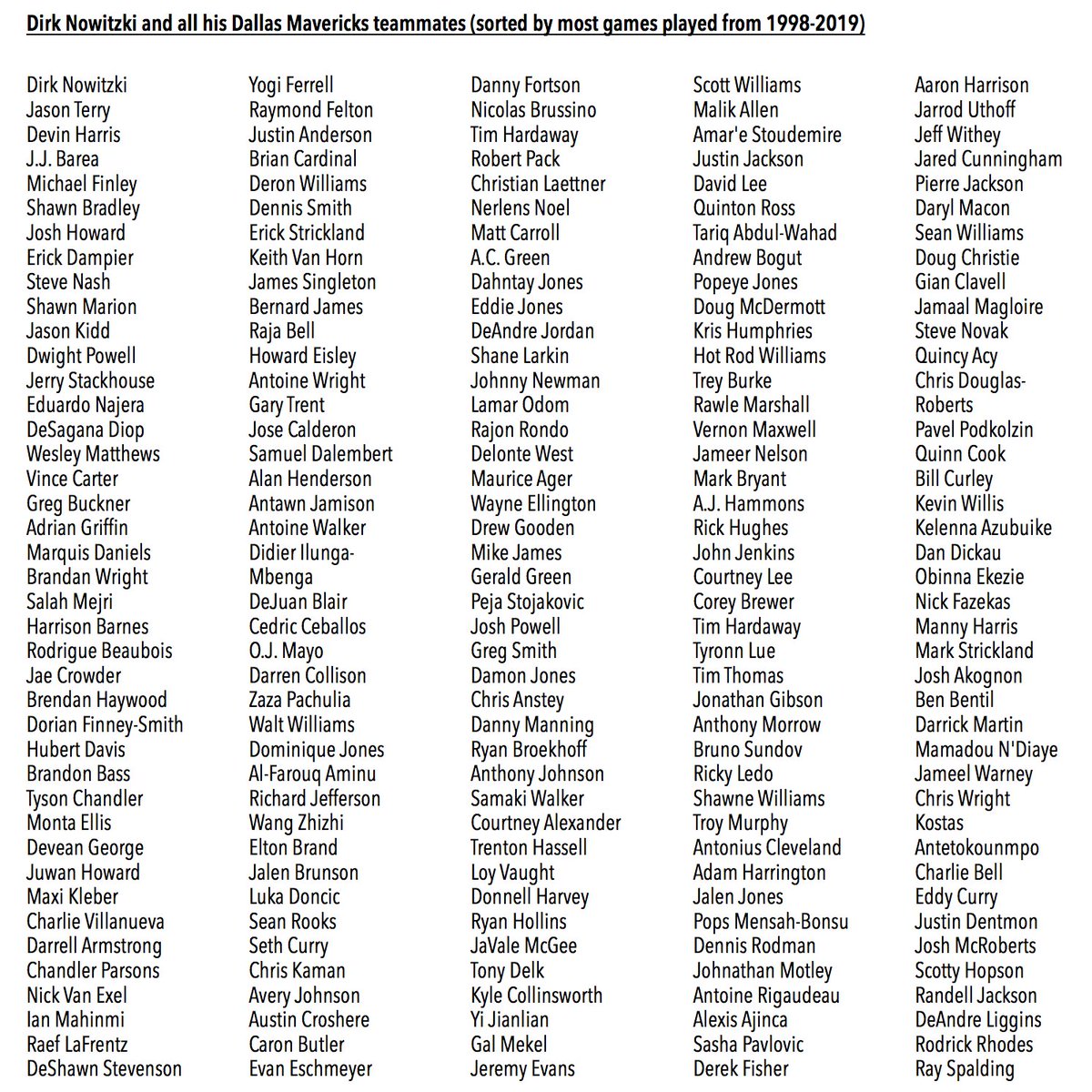 Another legend hanging it up. He is leaving the team in good hands.

Thanks man, really appreciate it.
Top

Thanks Dirk! An era ends.
Top

Was reading ESPN article earlier and had no clue how bad his ankle actually was. He needed injections and pills to get over the pain. It is spectacular to me that he even managed to get through the season with no complaining and still thinking that maybe his body will improve to add another year. A remarkable achievement on its own.

And ironically with him retiring i think he put Mavs on the basketball map even more than before. Sometimes people don't realize what they have until it's gone. Him being from EU and doing all those great things for Dallas is even bigger honor to him and us europeans. He truly was a loyal soldier and a fierce competitor who also became a champion. Can't ask for more.
Top

21 seasons, "only 1 dirk" so to speak. Yeah i thought it was kinda corny too.
Top

High praise by Pop. Hearing this stuff about Dirk from other bball greats never gets old.
Top

21 seasons, "only 1 dirk" so to speak. Yeah i thought it was kinda corny too.

21 seasons, only 1 team. I didn't find it corny at all. Also won 1 championship, 1 MVP, 1 finals MVP. They did everything right in my eyes.
Top

21 seasons, "only 1 dirk" so to speak. Yeah i thought it was kinda corny too.

Here's my edit of the game broadcast (Suns game)

By the way, Barea saying "carry you in the 2011 playoffs haha". And Brian Cardinal also said he still has 6 fouls to give.

I'll have the Spurs game next.

The Dirk Nowitzki stories: An oral history of the Dallas Mavericks legend by James Herbert

Dirk Nowitzki, a TexanâNow and Forever by Jonathan Tjarks

What Dirk means to Dallas: 'It will never be the same without himâ by Tim MacMahon

'They couldn't stop him': The oral history of Dirk's 1998 Nike Hoop Summit by Tim MacMahon

Canât wait for Steinâs article which I know will be very hard for him to write.
Top

An interesting thread on stats and figures
Read on Twitter

My edit from the game yesterday

Speaking of Casey Smith, tears in the background 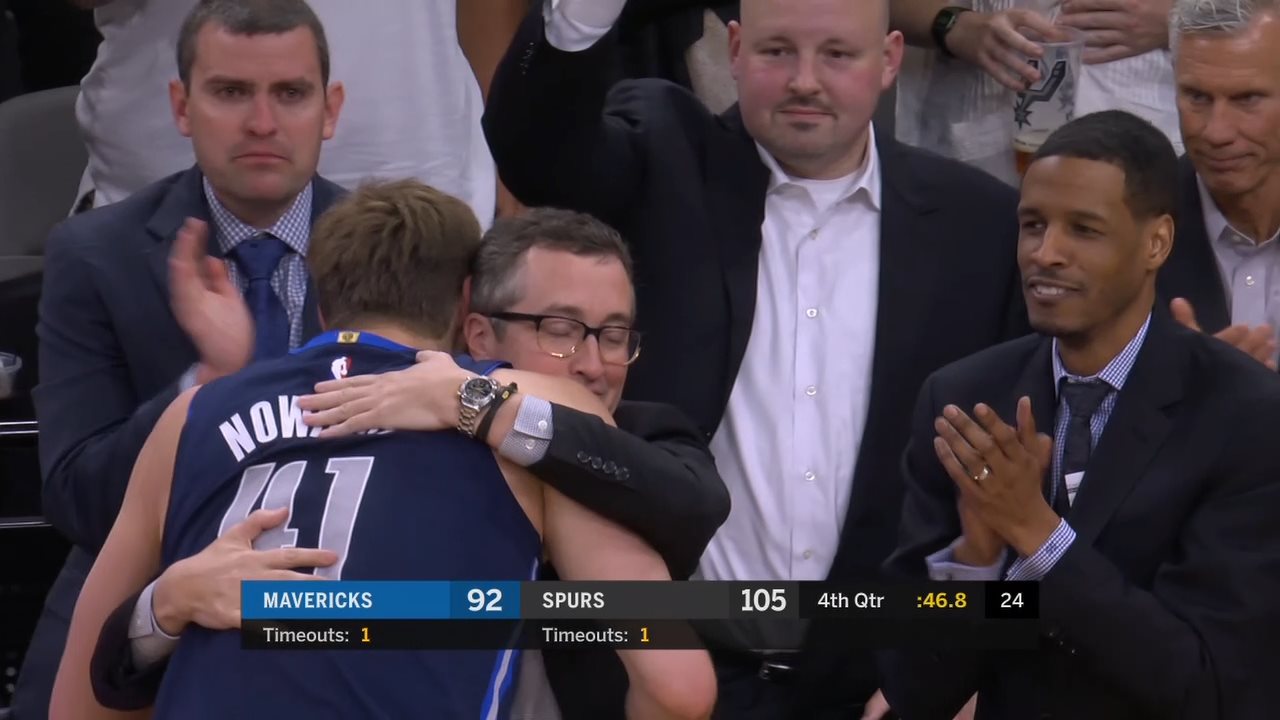 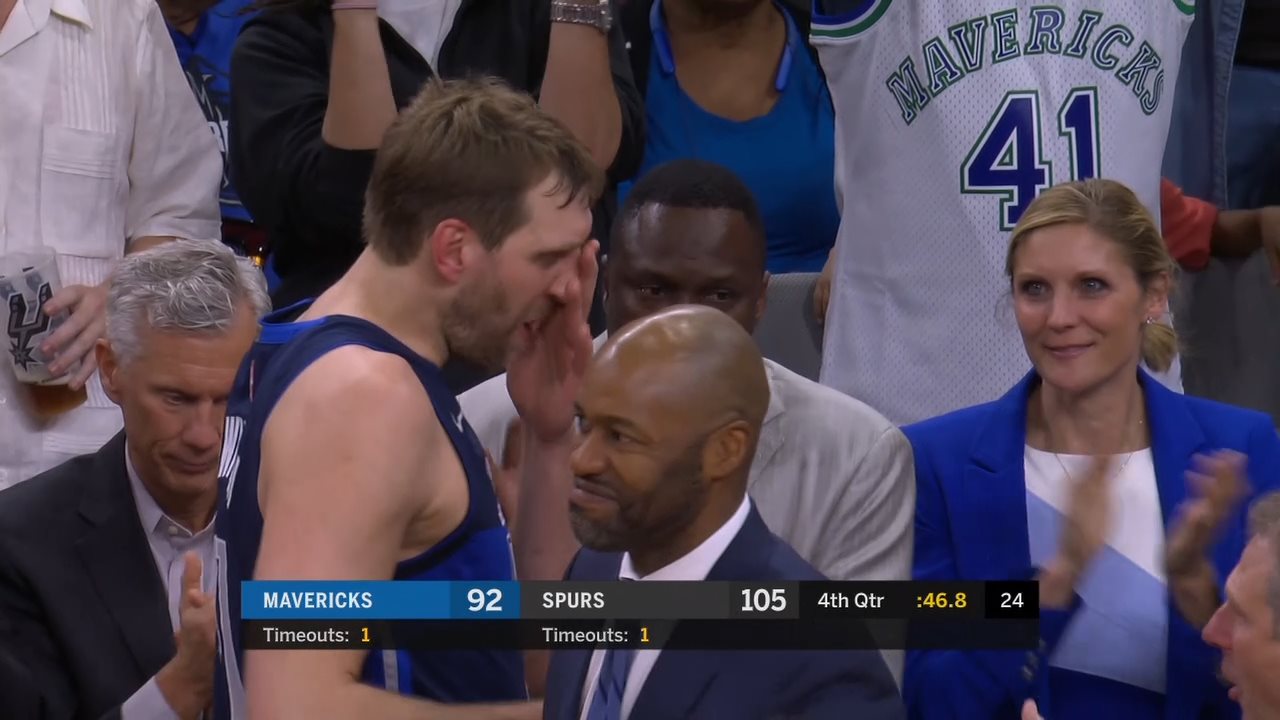 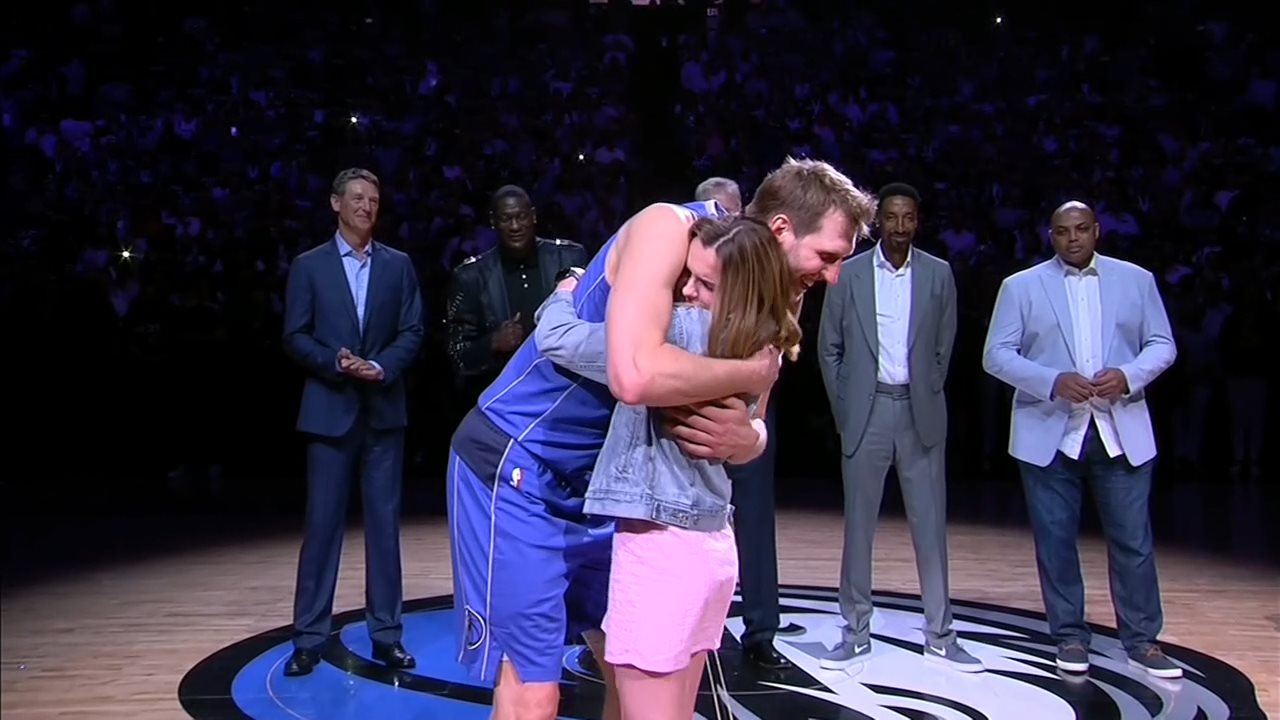 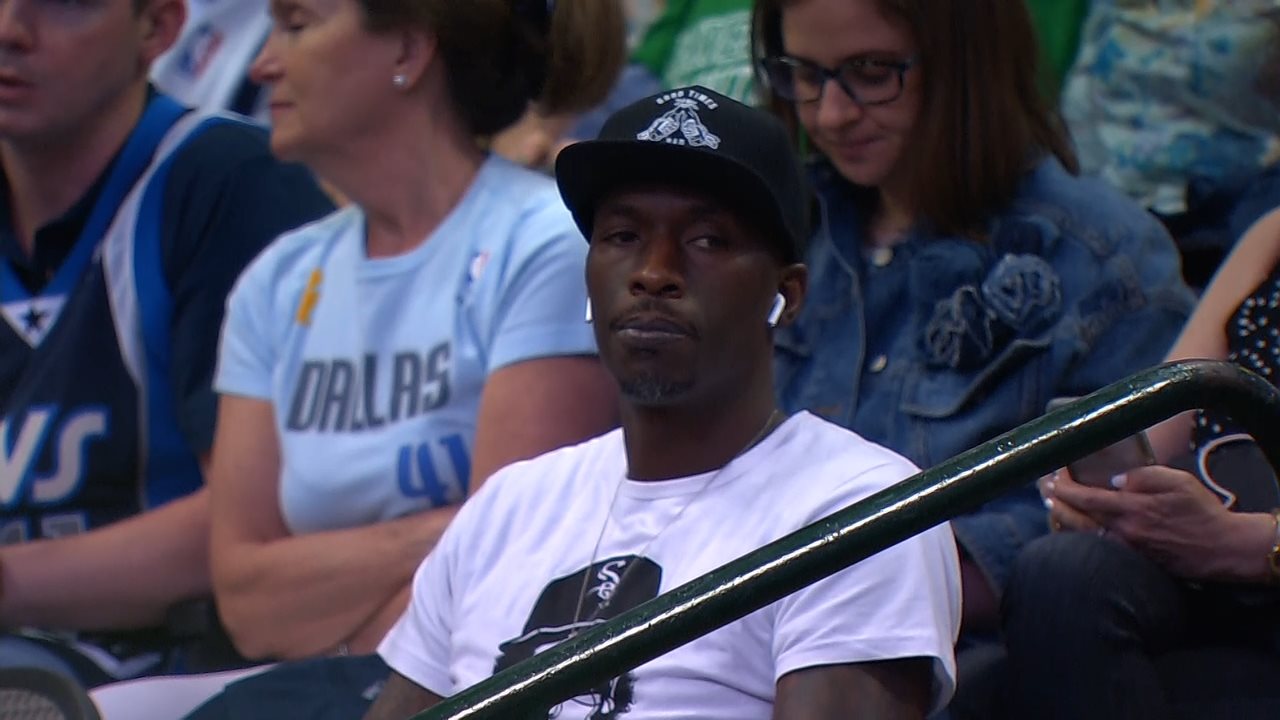 This is really cool. The Dallas Morning news put together a site called "Dirk's Domain" which is basically a career retrospective with old articles, infographics, pictures, etc. Can be found here: www.sportsdaydfw.com/Dirk
Top

I'm sad to see Dirk's time come to an end, but also thankful for all of the great moments he gave us. It will be strange not seeing him out there when next season starts.
AKA: Sparey Spareman
Top

This team will never be the same. Goodbye Dirk.

This team will never be the same. Goodbye Dirk.

I thought we were never going to win a title.

The Sparest wrote:I'm sad to see Dirk's time come to an end, but also thankful for all of the great moments he gave us. It will be strange not seeing him out there when next season starts.

It's rough. He clearly wanted to carry on, but ultimately understood that his body didn't allow him to. Went out in a good way in the end, but it does stink that we were robbed of seeing a better version of him or maybe an extra year because of the injury. Fortunately, the Mavs are not in no man's land, so we actually have something going and to look forward to.

Uploaded this to YT.

I have bee avoiding many of the tribute videos because I don't want this to be true. I hoped for another season of Dirk.
I know it's time and he's going to be around, but it's difficult accepting that he's retired.