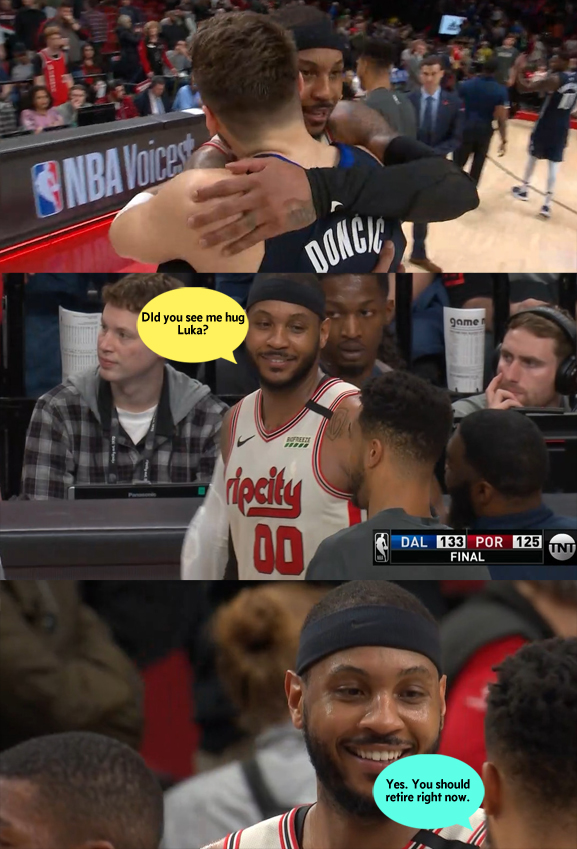 I guess this means Clippers.

Bad reffing down the stretch, but there was no stopping Dame anyway
Top

Hope they get dumped out pretty quick
Top

Rick Carlisle is such a moron drawing up nonstop plays for Tim Hardaway jr. Wtf is wrong with that guy?
Top

Close games are killing us. Hopefully, we can bring on someone with ice in their veins or Luka can grow into a clutch player.
Top

dirkforpres wrote:Rick Carlisle is such a moron drawing up nonstop plays for Tim Hardaway jr. Wtf is wrong with that guy?

Carlisle doesnât call plays every possession. He only draws up plays when coming out of timeout or when they desperately need a bucket. Other than that he runs a free flow offense thatâs heavy in pick and roll. Luka has the freedom to pass to who he wants to. Carlisle has talked about that other than Jason Kidd, Luka is the only PG heâs given free reign to.

The problem was that Luka stopped going to KP. Also the others waiting too long to feed KP. There were several times where KP initially posted up deep in the paint and the ball didnât go to him right away. They wait until heâs at the top of the key or near the 3 pt line before they are giving him the ball. When he catches the ball deep heâs damn near automatic. They started jacking up 3âs after THJ hit a three. It was like Luka wanted him to get his numbers too. When a guy is hot like KP was keep feeding him until they prove they can stop him.

Other than that, Dame really wanted this game for a chance at the play in game. He carved Dallas up and scored whenever he wanted to. KP was matching him shot for shot until Luka stopped feeding him.

We probably have the worst defense of the teams in the bubble it is just unbelievably bad and often times I have a feeling teams can score at will. Unbelievable stuff
Top

Our poor defense is no secret.
Hell of a game for Lillard and Melo.

Hope they get dumped out pretty quick

Yeah neither team played defense, but those last two flops were so weak. NBA refs in the bubble are even more gullible than normal. The one on KP that got reviewed was absurd, Trent obviously flies back.
Top
Post Reply
12 posts • Page 1 of 1