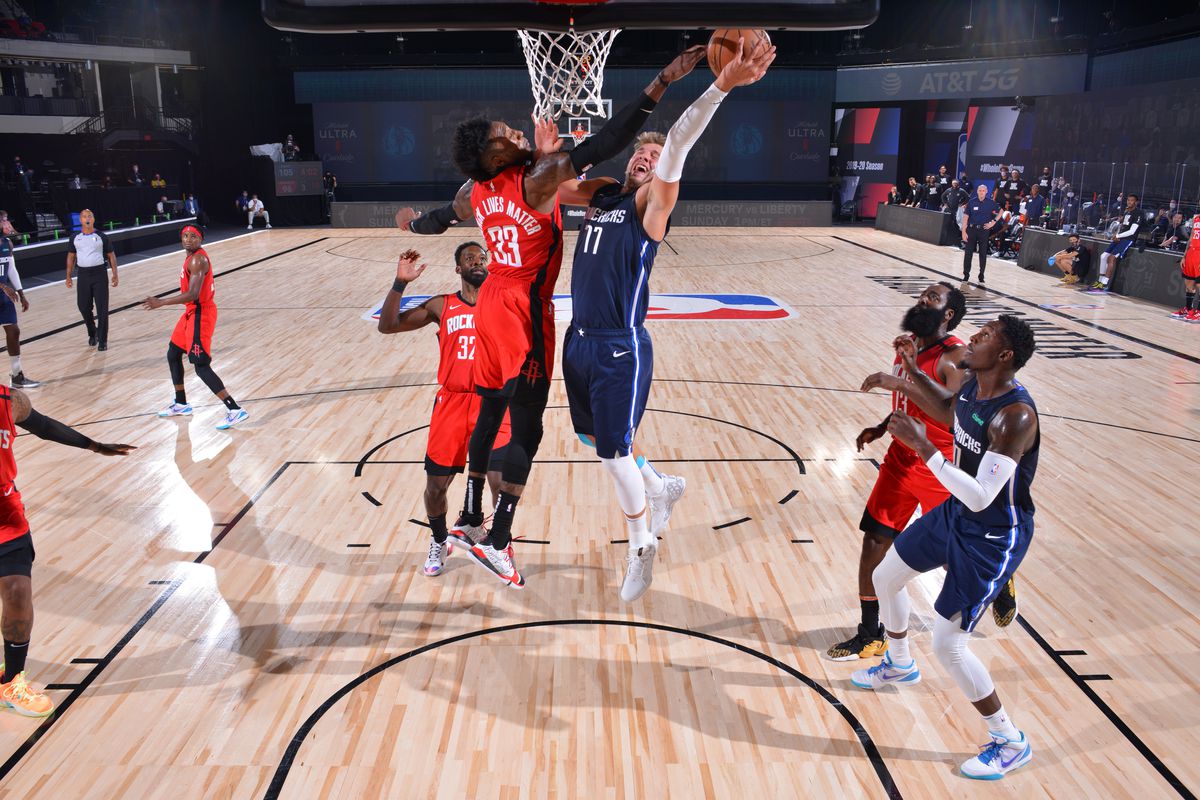 They are playing their first back-to-back set of games of the season after losing 118-108 Sunday night in Chicago . . . They wonât know for sure if theyâre going to have Luka DonÄiÄ until after his left thigh contusion is re-evaluated pregame . . . The Mavericks continue to struggle from 3-point range. They made just 11-of-42 from beyond the arc against Chicago and are shooting just 30.7 percent for the season . . . Worse, they are suffering in the hustle plays at both ends of the court. Coach Rick Carlisle said the Mavericks only secured 25 percent of what he called 50-50 balls. âThe ones that are floating around on the ground, we got to come up with those,â said Willie Cauley-Stein, who has been one of the most active Mavericks the last few games. âThatâs energy builders for the other side when they get them. We just canât give up those type of plays. Thatâs how teams get going that arenât supposed to beat you. You give them those plays, now they believe they can beat you.â . . . Interestingly, the Mavericks go into the Houston game as 1Â½-point favorites, according to oddsmakers.

They have won two in a row, both against the Sacramento Kings, after dropping their first two games of the season. They also had a game postponed because of health protocols . . . James Harden (ankle) missed the last game against the Kings, but could return against the Mavericks. Heâs averaged 37 points and 11 assists in the three games heâs played . . . John Wall, acquired in the Russell Westbrook trade from Washington, has averaged 25 points and 7.5 assists in the two games heâs played. âJohn Wall and James Harden. Itâs a lot to prepare for,â said Jalen Brunson. âWe just got to come out ready to play and put this (Chicago) game behind us. Weâre capable of doing a lot better, no doubt. We just got to bring it every night. Thatâs our challenge right now.â . . . Another challenge facing them? Newcomer Christian Wood. The big man is averaging 23.8 points and 10.8 rebounds in four games . . . The Rockets are led by first-year head coach Stephen Silas, formerly a member of Rick Carlisleâs staff . . . The Rockets have had trouble defensively, giving up more than 116 points per game and allowing them to hit 38.7 percent from 3-point range.

Another loss. Carlisle and Powell can both GTFO
FIRE RICK CARLISLE
Top

Wood is just a problem so yeah.

Houston are a 4pt favorite.

I really hope Dwight turns it around and has a good versatile game.
Top

Powell can't defend or space the floor, but at least he gives the Mavs 5 point and 4 rebounds. That's better contribution than they can get from many random people picked off the street.
"Government is the great fiction through which everyone endeavors to live at the expense of everybody else"

I donât blame them. Powell is the worst starter in the entire league
FIRE RICK CARLISLE
Top

Harden will probably score 60, with 20 assists and the Rockets will lose by 10.

Powell can't defend or space the floor, but at least he gives the Mavs 5 point and 4 rebounds. That's better contribution than they can get from many random people picked off the street.

We all know that but i'm still an optimist and i'm hoping that he can do....something?

Finally a rational starting lineup. WTF happened?
"Government is the great fiction through which everyone endeavors to live at the expense of everybody else"

I honestly canât believe it took 7 games for Carlisle to put WCS into the lineup. He is leaps and bounds better than that scrub
FIRE RICK CARLISLE
Top

WCS must be the worst big man dunker in the NBA lol...
Top

Slow start for Houston.
It's strange for me to see Wall play next to Harden. Harden has been playing with different star talent at the 1/2 for a few years now.

Do Mavs think that Rockets are guarding the rim with 3 Mutombos or what? They are not even trying to go for a close basket lol
Top

Takes a month before Luka is in last-season condition. He looks sooo slow. DFS so far this season has taken five steps back, if he can't hit his 3's, he's worth nothing really.

WCS started well. Makes no sense to take him out after 5 minutes
Top

Luka gets no respect from the refs. They're playing him really physical.
A lot of wasted passes. I like the way WCS is playing, but he has to learn to finish better.

The team is ahead, but they've played weird. Four 3s from Luka already, I don't like it
Top

Loving the effort from Powell so far, much better from what we have seen so far in the season.
Top
Post Reply
111 posts