Its sad that morons like these, are deciding anything

Its sad that morons like these, are deciding anything

Nobody takes him seriously. 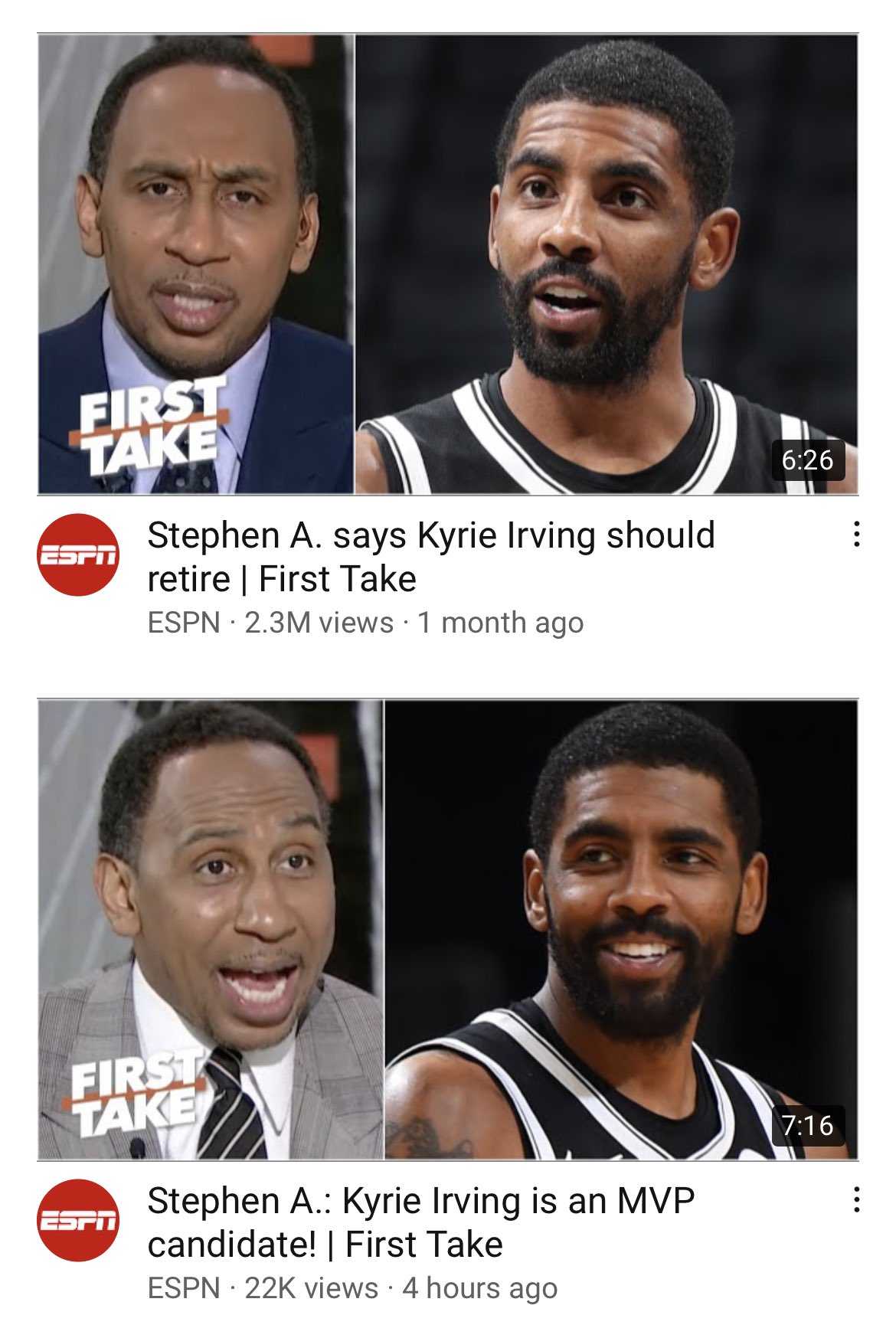 BTW with news that Embiid injury is not serious, but he will still miss 2-3 weeks (already played 6 games less than Jokic or LBJ), his MVP odds dropped today from #1 to #3 contender, so Nikola is #2 right now, very close to #1 LeBron's odds!
Top

Nobody takes him seriously.

Steven A. and Uncle Chuck are in the category of "when they are on radio or TV, I switch to the paint drying TV channel or the soothing elevator music on radio. [Sarcasm intended]

They make outrageous statements just to rile people - and get attention for themselves (my opinion).
Top

The new frontrunner is...
Top

The new frontrunner is...

Well he did pull into lead last prognostication I saw, but does look like the nba gods are smiling on Jokic!

In a bigger thought we have may have an easier path back to the WCFs
When your days are grey, and your nights are black, it's just different shades of mundane !
Top

The Joker and... The Field 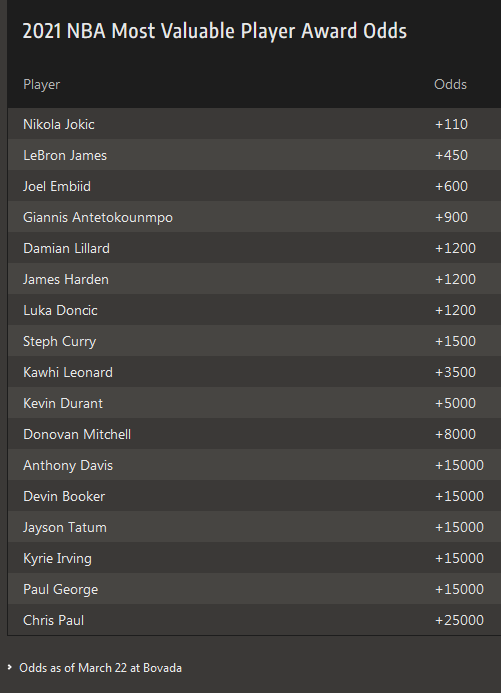 Jokic is named the Western Conference player of the week, this is the second time this season he has won it , he has a shot for another player of the month award.
Top

Seems that Jokic's biggest treat in the MVP race is James. James Harden.

If anyone other than Jokic wins the MVP it'll be a bias and a straight-out travesty.
When your days are grey, and your nights are black, it's just different shades of mundane !
Top

Since the trade, the Nuggets have looked fantastic but Jokic has had two decent games (by his standards) and one bad game (this one). If he keeps playing like this, he could end up surrendering the MVP lead despite how well the Nuggets are playing.
Top

Well he can't let Barton overtaking him as the scoring option. I don't think that Jokic have an ambition to be the MVP of the league, you can't be the MVP in today's NBA and not attempting field goal until the end of the first quarter . In the last three games he only scored over 20 points in one game, but that game was blow out , if he stayed on the bench entire fourth quarter Denver would have still won that game . He's not aggressive but on the bright side, the team is playing the best basketball of the season currently.
Top

I'm fine with people acknowledging CP3's contribution and great play this season, but it's getting downright embarrassing when he's being mentioned in the MVP conversation. Here's another "Anyone but Jokic" segment by the SI crew where they try to make a case for CP3. Luckily, cooler heads prevail and someone jumps to Jokic's defense to remind them that Jokic is still the front runner.