6ers are good. They are 1 SF away from EC title contention, along with the Nets and Bucks.

Fun to see S. Curry lead both teams in scoring for this game.

JTA showing how valuable he is. Having an alternate for Draymond is a big deal.
Top

It's my impression that Steph Curry takes exactly as many shots as he feels is appropriate to the occasion, and the idea of suggesting a certain number of shots is not relevant except for studying the game during and afterward. Nobody would try to tell Jimi Hendrix or John Coltrane how many notes they should play, would they? The man is an all-time great because he knows what he knows and does what he does better than anyone else.

Now, if you want to say, "I wish Curry would take X many shots a game," hey, fine I wouldn't mind seeing him shoot even more than he does, just for the sheer WTF of his skills. But I don't think you can lock it into a game plan or anything.
Top 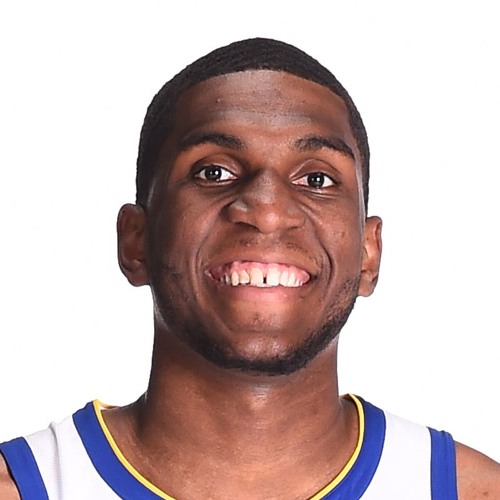 you got to love that the GB still thinks the Warriors should trade Wiggins, Wise, Kuminga and Moody....16-2 BEFORE Klay comes back and they should trade the farm

GunnerWRX wrote:Lee got a lot of run for having a night like his.

Shouldâve given Moody some minutes but I guess Kerr knows Dell is watching this game.

They emphasized how much Lee earned his minutes at the start of the season and then he got injured. I'm fine with Kerr keep giving him some minutes. It's part of good coaching to not have players that have earned playing time removed from the rotation after a rough stretch. It builds trust, confidence. It's the same reason why Poole continued to start after his rough stretch of games and it's been paying off (even if the numbers weren't that eye-popping as they were the last two games, he played really well last night â very composed, active on defense for the most part, let the game and shots come to him, made good plays for others, and scored efficiently up until late in the game when it was already over and he missed three shots in a row).

That being said, a couple more games like this one and Lee might find himself out of the rotation again. His minutes are already down post-injury, and Kerr will now have a more quick trigger with Lee. On the topic of struggles, this way the second game in a row Bjelica looked unplayable which makes it four out of the last six games. Still an awesome find for the price but he really is a match-up dependent player and not what some here (seem to have) hoped would our second most important front court player behind Draymond.
Top

The-Power wrote:That being said, a couple more games like this one and Lee might find himself out of the rotation again. His minutes are already down post-injury, and Kerr will now have a more quick trigger with Lee. On the topic of struggles, this way the second game in a row Bjelica looked unplayable which makes it four out of the last six games. Still an awesome find for the price but he really is a match-up dependent player and not what some here (seem to have) hoped would our second most important front court player behind Draymond.

I donât think Bjelica is unplayable. Heâs the best passing center on the team and depends on who he plays with. Players he has chemistry with are Draymond and GP2.

I think heâs a very cerebral player and need high IQ players to really to maximize his effectiveness. Sometimes he can think too much. Heâs looking for a great shot when he doesnât realize he is the best shot. I trust him to shoot it at three more than for him to pass it to someone else unless they are open.

For him, they just need to fine tune who he plays well and build some chemistry so they can make plays with just a look instead of thinking of this or that. Given time, heâs going to be a great big to have because he can pass, shoot, and drive.
Top

The-Power wrote:That being said, a couple more games like this one and Lee might find himself out of the rotation again. His minutes are already down post-injury, and Kerr will now have a more quick trigger with Lee.

This is quite likely to happen soon anyways. Lee's minutes are the ones that should go to Klay when he's back. No reason to take them away from Poole who does everything at the same or better level than Lee imo.
Top

I never claimed he is generally unplayable. I wrote that he looked unplayable in some recent games (big difference!) and the coaches seem to agree considering the minutes he has had in some of the games and the fact that he never returned in the second half in both of the last two games. As I also mentioned, I still really like the pick-up but he's a situational player and not someone to count on to contribute in any given game. That's perfectly fine for his salary, but some of us got a bit carried away to start the season.
Top

what a story JTA!
Top

Hot takes as usual. The thing is that bench vets are bench vets because they are not consistent. Young players are always inconsistent. Even star vets have off nights, they are just far less frequent. That is why coaches try different players and lineups trying to find who has it tonight and who will match up against the players on the other team that are hot.

There have been a few games this year where they had that look of a sloppy lethargic loss, but they won big, or at least came strong. This is what we want in the regular season.
Top

Battle of the low flyers. Combined 12 inch vert between the two.

Quazza wrote:ALL FUTURE ERECTIONS WILL BE NAMED KEVIN FOR BEING SUCH A STAND UP GUY

Lee used to be effective at attacking closeouts and getting into the paint and making some layups or runners.

He's not doing that as well since coming back. He was more effective cutting towards the basket, as in the Cavs game.

He's usually been able to drive and either get a shot or kick it back out to someone in the perimeter.

Main thing is he's not going to be a catch and shoot player like Duncan Robinson where he's tall enough to shoot over most guys even on contest. OTOH, Paddy Mills is being very effective shooting on the catch, even with defenders flying at him. He used to have trouble getting shots over taller defenders but so far he's catching and shooting with a fast trigger and making a high percentage of shots.

Lee is active, good about coming in and trying to pick up loose rebounds but he's a liability on defense, though he tries. He's going to get minutes unless Kuminga and Lee starts making shots. Also if Poole is struggling to make open shots, which he's had a tendency to do, either get very hot or very cold./

Bjelica, he's effective as long as he can space the floor and make shots, which he's shown he can do throughout his career. He's been effective driving o the basket, scoring or kicking out. That aspect of the game is bonus and is very dependent on whether he gets foul calls when he drives. Sometimes he won't so that would lead to missed shots and turnovers.

Warriors have been able to rebound well with Draymond, Looney and Bjelica but they haven't faced top flight centers yet. They avoided Embid, although Drummond didn't dominate the boards on them.
Top

Once Klay is back, Steph (33), Poole (30), and Klay (20) already soaks up ~83 out of 96 minutes of the guard spots. There won't be many minutes left for both Moody's development and Lee, unless we go small with 3 guard lineup.
Top

Saw this, thought it was funny