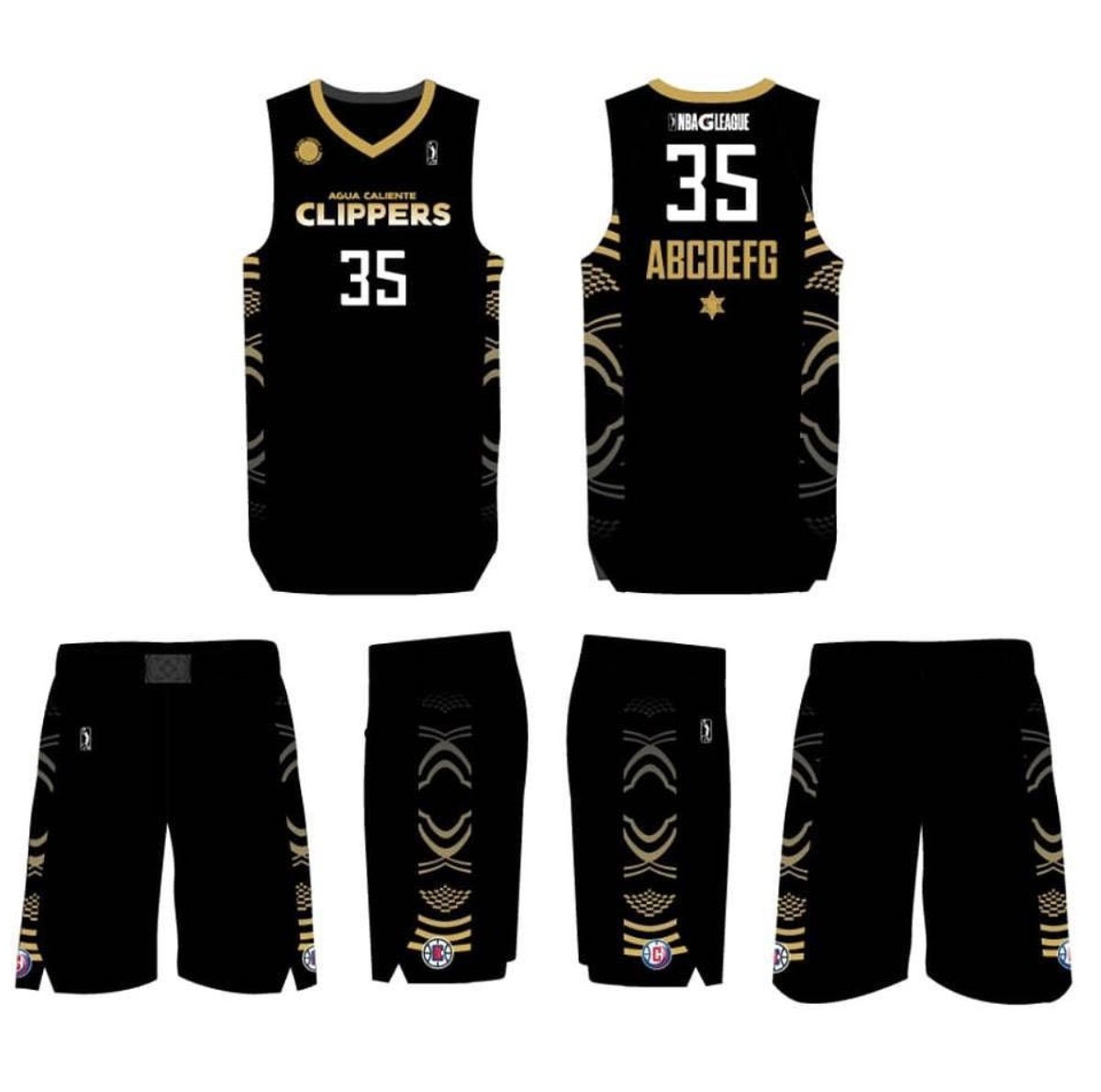 Anthony Bennett seems to be turning himself into quite the capable 3-point shooter, which would go a long way towards his eventual return to the NBA. He averaged 26.1% from beyond the arc during his time in the NBA but attempted less than 1 (.9) shot a game. During his single season at UNLV, he shot 37.5% from the closer 3-point range but attempted almost 3 (2.7) shots a game.

The 2013 NBA Draft was a weak year with Giannis Antetokounmpo proving to be far and away the best player of that class. At the time, I was certainly intrigued by Bennett as an undervalued prospect, but he was not worth the 1st overall pick. I had my eye on Cody Zeller at the time but he also wasn't worthy of the designation of going ahead of everyone else. That was Doc's first year with decision-making powers and he hand-picked Reggie Bullock saying how he watched him while his son's Duke team played against Reggie's North Carolina team. To be fair, Bullock has found a role as a contributor for an NBA team away from Doc.

In any case, I'm glad to see Bennett seem to take the initiative of developing his game to fit today's NBA. With the way the Clippers are being built, we'll need reliable 3-point shooters and I'm actually concerned about the void that will be left once Gallinari is no longer on the team. The AC Clips seem to be putting an emphasis on developing 3-point shooters in signing Jamel Artis and with Bennett's development thus far. That's also not to mention Jerome Robinson's time there.

So it looks like we have at least a couple of viable candidates waiting in the wings right now in Robinson and Bennett for roles as regular contributors for the Los Angeles Clippers.

Since Bennett's not on a two-way, any other team can grab him for free. [Jamel Artis too.] I'd wondered whether maybe Bennett should have been given Delgado's two-way slot in order to tie him up. I don't think Delgado's such a hot commodity, and we have Johnathan Motley ahead of him on the big man totem pole anyway.

Given my previous post about the emphasis on 3-point shooting with the AC Clips, it's noteworthy to read that big man Johnathan Motley is also allowed to shoot treys even if he's not particularly good at it yet.

In nine G League games this season Motley has averaged 24.4 points and 11.6 rebounds in 36 minutes. Sixteen points a night come in the paint, but he has also doubled the number of three-pointers he took a season ago while playing with the Dallas Mavericksâ G League affiliate. Motley might have already played valuable minutes with the Clippers last year but they have remained healthy and Thursday marked his first call-up this season.

While the Mavericks wanted Motley to roll to the basket off of screens as a center last season, the Clippers allow him to pop behind the three-point line and shoot if open.

âIâve always had those capabilities but it just depends on what system youâre in, and in the Mavericksâ system I just so happened to be a roller, a lob finisher, things like that,â Motley said. âHere theyâre kind of letting me branch out â pass the ball, push it up on the break, shoot the three and get those easy baskets off lobs, too.â

Bennett Green-Lighting It Up

Bennett Green-Lighting It Up

Jawun Gets Two-Way Deal with Suns

Jawun Gets Two-Way Deal with Suns

shoulda signed him to Delgado's 2-way

Bennett Working His Way Back to NBA

Bennett Working His Way Back to NBA

He developed a reputation. Itâs one of the first things that comes up when scouts and front-office folks talk about Bennett. âDoes he love basketball? Does he love to work?â they ask. There are stories about locker room naps and bad diets.

There has to be a reason why a former No. 1 pick didnât pan out.

The people who have worked with him in Ontario say theyâve seen no signs of laziness. They see a player who wants to work, who wants to get better. The stories have either been exaggerated or Bennett has changed.

His shooting from deep has him on the radar of multiple NBA teams, according to sources not authorized to speak publicly. Teams have been asking questions about him, trying to gauge how itâs gone in his first season with the Clippers. Because heâs not on the Clippersâ NBA roster or designated as one of their two two-way players, Bennett can be signed by any team.

For Anthony Bennett, Once a No. 1 Overall Draft Pick, It's Still the NBA or Bust
LA Legends: Kershaw & Koufax_

acclippers
Congratulations to @angeldelgado for his first career Player of the Week!
ACC was 3-0 last week and Delgado averaged 16.0 points, 21.3 rebounds and 2.7 assists, while shooting 54.1% from the field. He set a @nbagleague record with 31 rebounds in the teamâs home win over the Oklahoma City Blue on January 4.

Anfernee Simons (@antsimons) from the Portland Trailblazers will be on a flex assignment for the AC Clippers starting on Jan. 20th-31st. He will participate in 4 ACC games.

It's good to see my boy Simons light it up for the Agua Caliente Clippers albeit on loan from the Blazers. Thanks again, mkwest, for the heads up about temporarily acquiring him. Watching the highlights and looking over the box score, the kid is showing off the shooting stroke I knew he had from beyond the arc. However, his athleticism was not on full display.

The kid definitely needs to bulk up but I said as much when I said he'd be a long-term developmental project. Still, it's encouraging to see Anfernee already comfortable enough to score against more advanced competition than high-school talent. While he only shot 9-21 from the field, he did go 4-9 from 3-point range. Not bad for 22 minutes of play even if he was a -2 in plus/minus rating along with 2 rebounds, 2 assists and 1 turnover.

Jerome Robinson has a more polished shot than Simons right now and Rome's playmaking is certainly more advanced but JR was a collegiate junior while AS skipped what would have been his freshman season in college. Robinson has the better build including height but Simons may not be finished growing and his athleticism should be better once he reaches full maturity. Plus, Simons offers more tools defensively.

It will be interesting to see which of the prospects will prove to have the better career, but Rome has a nice headstart and should be getting more playing time in the NBA to show what he can do for the Clippers. I honestly think Rome could contribute 8-10 points easily for the Clippers off the bench right now if he was given regular and significant minutes.

BTW, I found it amusing that the ACC announcer pronounced Simons as "Simmons" since I've made that mistake multiple times in last year's draft thread. I wonder if the announcer made a mistake or if it's another case of Antawn Jamison.

Bennett on Fire in G-League

Bennett on Fire in G-League 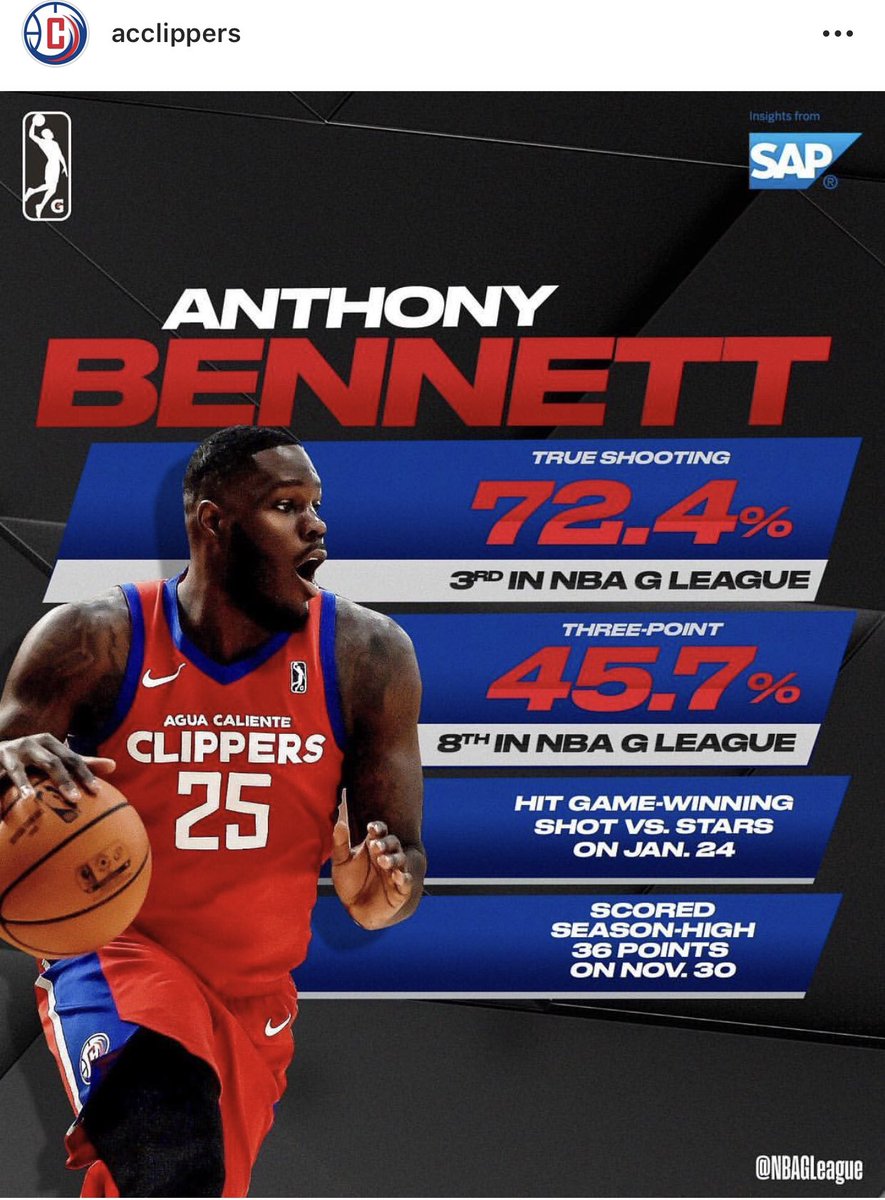