The "exposing" of PG's fandom has been hilarious. He has no reason to lie about it, there was nothing to gain from it when he said it many times throughout the years. Also, fans are free to like as many teams as they want. The Clippers could've been his fav and the Lakers his 2nd fav or whatever. Like who cares?

i think it says about the really unfortunate state of things these days. from people saying ballmer was paying woj, to this, you have this collective village idiocy that would do virtually anything to debase the truth rather than accept it.

at same time you really can't be surprised how much of this is coming from the lakers fanbase simply because they lost out on kawhi. in the end they will continue to be ignorant and delusional just like their owner.

Both sides covering themselves
Top

Not trying to start anything here, but man...How did Lawrence Frank get the job of POBO? One moment, I'm watching this guy on NBA tv, the next thing you know, he's president of Basketball operations? His coaching record is abysmal

Good thing Jerry West was on board to act as a consultant.Even Frank himself gave credit to jerry west at the press conference. I don't know if I believe in frank like that. His record has shown that he's pretty average and that he must just be an overall good guy in the league and people like working with/for the guy.

Personally, I empathize with frank. Everytime I see this guy, it looks like he hasn't slept in 5 days and he's stressed out over work.

I loved it too. I love the Dodgers but I hate the majority of my fellow Dodger fans just because they're Laker fans.

But I'm pretty sure Kawhi got some booes because there's still a good chunk of Laker fan base down in the 619.
Top 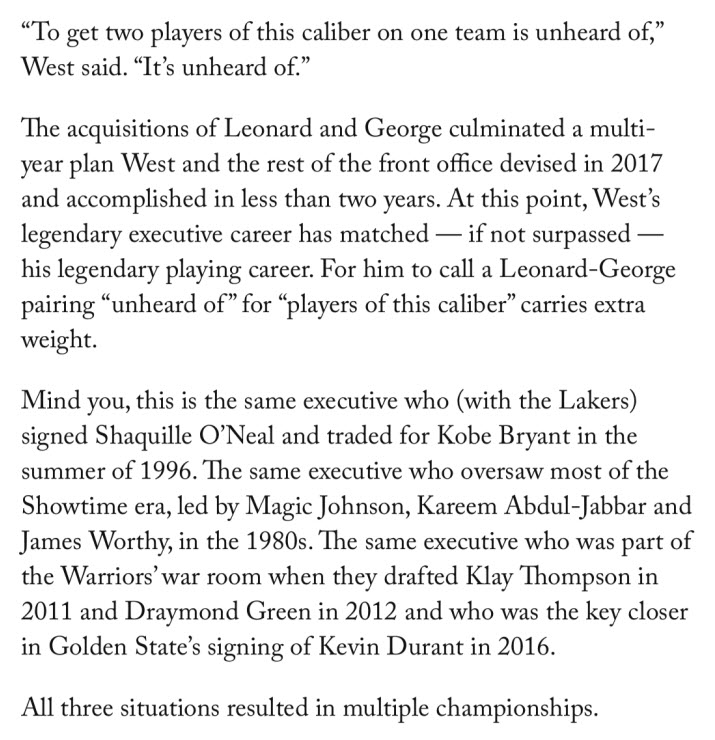 Kawhi More of a Leader Than Follower

Kawhi More of a Leader Than Follower 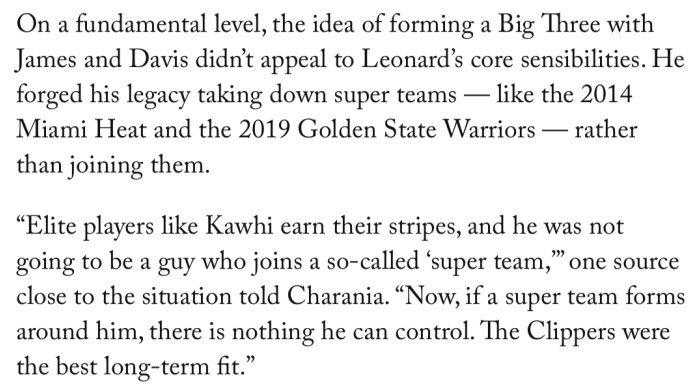 In the living room of Doc Riversâ Malibu home, Clippers representatives meeting with Kawhi Leonard presented the star free agent with a list of peers he might be interested in playing alongside .

Lawrence Frank, the teamâs president of basketball operations, recently recalled that Leonard pointed to the name of Paul George.

Nineteen years after Rivers, as the Magicâs coach and key pitchman, helped Orlando land Grant Hill and Tracy McGrady, he put to use the lessons learned from his first experience helping assemble a superteam during the Clippersâ pursuit of Leonard and George.

âI can draw upon Orlando,â Rivers said, âbecause we had so much success doing it.â

Both began their rebuilds through a painful trade of a popular, homegrown star â Penny Hardaway in Orlando, Blake Griffin in L.A. Both refused to tank, defying low expectations behind a gritty style and a roster devoid of an All-Star â teams Rivers called the âHeart and Hustleâ Magic and âBlacktopâ Clippers. Both closed the cycle by adding some of the NBA âs most talented players, after their front offices went to great lengths to get superstars. 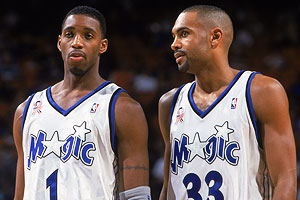