Crawford Reminisces on Opportunity to Boycott

Crawford Reminisces on Opportunity to Boycott My recollection was that Adam Silver was the one who pushed for forcing Sterling out.

I don't recall the prospect of players boycotting the games getting that much play at the time.

Silver had just taken over and I guess this was a good way for him to establish power, that he wouldn't be a puppet for the owners like Goodell is in the NFL.
Top 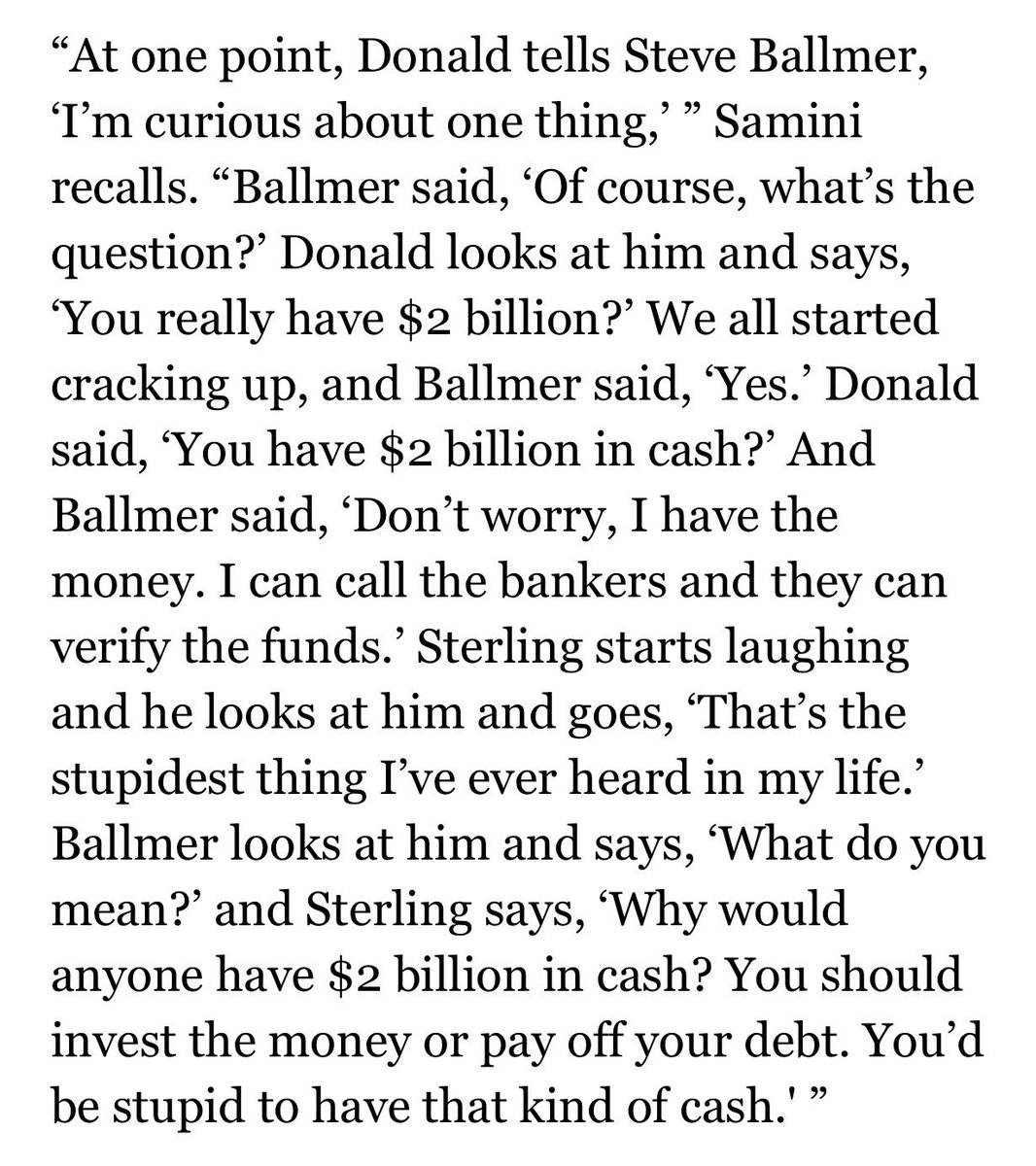 wco81 wrote:Why is it podcasts?

I thought 30 for 30 were documentaries.

Distill it down to 60 or 90 minutes max please.

You can't compress Sterling's badness into just 60 or 90 minutes.
Top

It was the right call, NOT to Boycott.

Adam Silver had the trust of Doc Rivers, Chris Paul, LeBron, etc, and didn't let them down.
And as the Clippers Players put it, they don't play for Donald Sterling (never have), they play of the fans and for each other.

If, if if... there were a boycott, the entire NBA should have boycotted... players (and fans) from across every team, NOT just Clippers players. Had it only been Clippers Players (and Fans) doing the boycotting, it would have projected the wrong impression. This was a matter of, NBA OWNER, DONALD STERLING... versus... the PLAYERS (and FANS).

Ramona Continues on ESPN's the Jump

Ramona Continues on ESPN's the Jump

yes, race is the third rail in America
touch it and you're dead

Sterling said some prejudiced things, in private
and lost everything

actually as Clippers owner, he never did anything particularly racist
never hurt anyone's career or family or reputation for race reasons
he was just guilty of thoughtcrime

we used to call that prejudice but that word is gone
now everything is racism, from lynching to not wanting your mistress to date interracially
all the same

no real bravery on anyone's part in this whole affair
Silver did what he had to do because the NBA is woke and the NBA is a racial tinderbox
but had Sterling not foolishly given the means to take control of the team over to his wife, who betrayed him
[not that you could blame her since he was betraying her with V Stiviano]
this might have been one of the more interesting court cases in US legal history

can you be stripped of everything for prejudiced thoughts uttered in private?

TheNewEra wrote:I hated how it didnât highlight enough of how Shelly is a scum bag

I agree but I think it's part of the concessions for her to agree to be interviewed. While Ramona doesn't focus on Shelly's past misdeeds as slumlord, they are pointed out. There's even a clip of Matt Barnes saying that the players like her. However, in the post-podcast interviews, Ramona recognizes and acknowledges that Shelly is playing the PR game as well as can be expected.

She views her relationship with Donald as an advantageous business relationship even if she is emotionally tied to him for better or worse. I really hate that Ballmer had to give her "owner emeritus" status and that she is owed 3 championship rings if and when the Clippers win their first championship as long as she is alive. I'm pretty sure one of those rings is going to Donald.
LA Legends: Kershaw & Koufax_

Joining SI's Chris Mannix this week is ESPN's Ramona Shelburne. Mannix and Shelburne dive into Shelburne's five-part podcast series "The Sterling Affairs" which reexamines Donald Sterling's rise and unceremonious fall as an NBA owner, from Sterling's purchase of the San Diego Clippers, his relationship with Jerry Buss, his obsession with Magic Johnson, his fall in 2014 and the strange, almost unexplainable connection he has to his wife, Shelly.