Even though he missed, I like Kennard's aggressiveness on that transition three
Top

I love Mann
Smitty is a Twitter snowflake
Top

Terrance Mann is doing some things out there
Top

When Beverly is hitting step back 3s like heâs Steph you know things are going bad for you lol. Bevs a good shooter but that was nuts
Top

Man I love this coaching staff. I really think clips have something with lie and billions at the helm. Once they clean up turnovers it's going to clicking on all cylinders. Respect that soon.

Sent from my LM-Q710(FGN) using Tapatalk

Law of averages for Kennard, he was due for a good shooting game, nice half so far, keep it up
Top 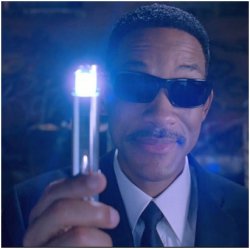 Reggie went bad Reggie on that last play but Iâll let it slide. Donât know what got into Beverly but heâs trying to cross people up and attack likes heâs Prime D-Rose lol
Top

og15 wrote:Law of averages for Kennard, he was due for a good shooting game, nice half so far, keep it up

They were trying to play too fast, run before they can walk, be great before they are good. Got up by 20 by playing good.


And let's not overlook Lou's 15 points, 4 assists and team-best plus+27? The Los Angeles Clippers still lean on Lou Williams BIGTIME.

Offense is clicking now. Kennard hitting jumpers could be a game changer for us
Top

PG is really starting to become a 2nd half guy.
Top

Nice. I feel like the game is about done where as this is still a game if doc is here.

HMFFL wrote:Hopefully it's a nice win.
Clips favored by 10.5
Work them inside!

Wow, a GLOBAL moderator!
To what do we owe the honor?

NippySudz wrote:Nice. I feel like the game is about done where as this is still a game if doc is here.

Sent from my LM-Q710(FGN) using Tapatalk

This could become a very enjoyable board again if the name of the former coach were given a rest for a week or a month or a year or two.

og15 wrote:Even though he missed, I like Kennard's aggressiveness on that transition three

Me too. But he didn't rush--it was still in the flow. The Clippers have to forget expectations and start from scratch. There is nothing to build on.

If I could give a symbolic gift to every man on this team, it would be a lunch bucket.

Are We Having Fun Yet?
Top
Post Reply
62 posts