I think we win tonight and Sunday Critical factor tonight gonna be; PG13 made 5 or more threes in 14 games this season(in 54 games he played). That makes more than 1 high volume efficient 3 point shooting in every 4 games. This is game 6 and he hasn't made more then three 3pt made in a night. He needs to be the killer on shooting to punish Boban&KP lineup.
Sam Cassell, Cuttino Mobley, Shaun Livingston, Corey Maggette, Chris Kaman.
Top

Clipper fans on Twitter are panicking on how to help their team win their rematch vs. Mavericks. Farbod tried an ALL CAPS mojo, no good. The Spirit Bomb, no good. Lucas Hann's ice cream bonanza, no good. Nothing has worked, except maybe Serge Ibaka's voodoo post.

But I think I know the streak that will save the Clippers series. It is risky, dangerous, and may ruin their images, turn them evil. But we saw it once, and it worked: ejections.

Game 3, we saw Beverley drawing a technical foul on Luka Doncic. Terence Mann bullied Willie Caulie-Stein into a technical foul and flagrant foul penalty 1. We didn't get an ejection in that game. But it was those extracurricular activities which prevented the 3-0 Mavericks lead and automatic series win. Clippers have to go harder, get an ejection on Mavs. If it means one of their own guys gets tossed, so be it. My saying of "nice guys lose games, bad boys win titles" still rings true. Clippers may have a Spursian culture by way of Kawhi Leonard, but their losing history makes it hard for them to bottle up their feelings. Now an elimination game, time to throw out all the stops in more ways than one.

Remember the second Suns regular season game with ejections from Beverley and Morris. It was also the only game of the season with ejections by a Clipper. Since last year's playoffs, where Morris was ejected on Game 6 vs. Mavericks, Clippers are now 2-0 when one of their guys is tossed.

Lets figure out this zone they're throwing at us and get this win tonight!
Top

The Lakers lost. Our shadow is gone.

Play free tonight fellas. The whole basketball world hates you and wants for you to lose so they can laugh and call you frauds. Let er rip tonight.

I want to be wrong about my thoughts on this Kawhi era. Please prove me wrong.
Idc if a million Clipper fans laugh at me. I want the win more. I want our first WCF more.
âIâve always felt that drafting is the life blood of any organization.â - Jerome Alan West.
Top

The LA Clippers will force a game 7

I know it's the Chuck guarantee but I hope we pull it off. If Suns and Clippers made it to WCF it would be such a fun series! I enjoyed watching them against the Lakers.
Top

Kiddo is ready for tonight's dub! 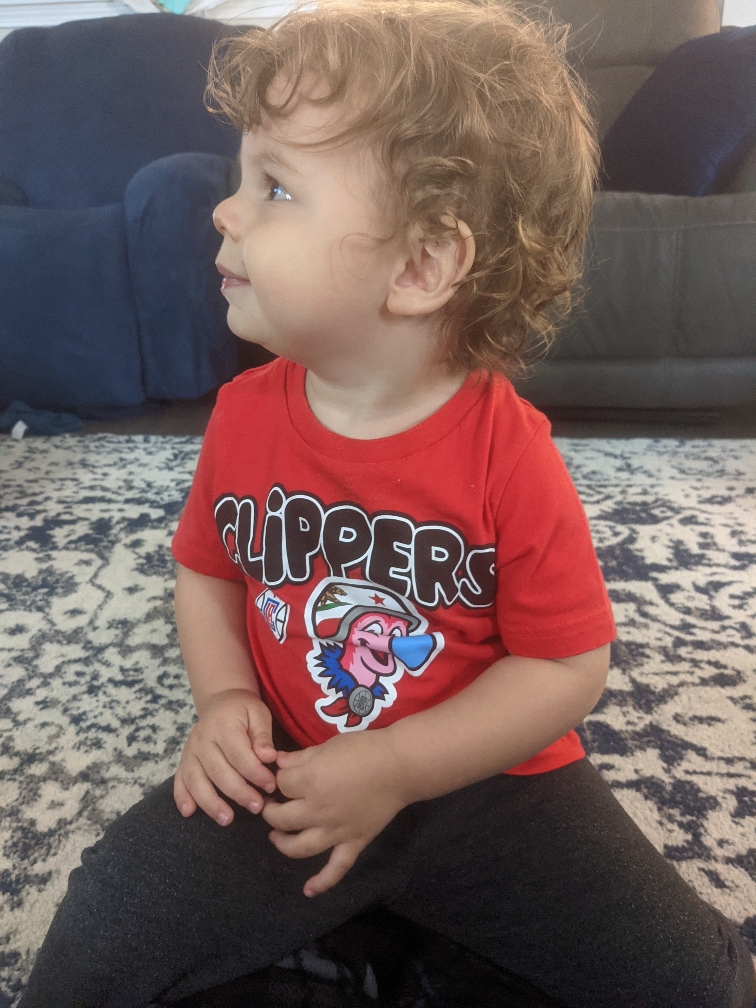 where's the stat of Kawhi having to carry the team on his back bc of someone else's/others poor performances for most games?
Top

I think we're getting blown out this game. Killers and All time great's like Luka close elimination games. I'm not very optimistic whatsoever. But hey what do I know, just been right about virtually every single thing this playoffs...
Top

RingColluder wrote:I think we're getting blown out this game. Killers and All time great's like Luka close elimination games. I'm not very optimistic whatsoever. But hey what do I know, just been right about virtually every single thing this playoffs...

No faith in Kawhi to carry this team on his back?

Most likely gonna be a carbon copy of game 7 vs. Denver last year. When it comes to making the big shots, I trust Reggie Jackson more at this point than our 2 max players.
Top

Love how it took six games for Doc 2.0 to figure out something that he should have known before the series even started.

I honestly don't like our small ball lineup when they start Boban. I know Ty Lue doesn't want Zu get switched on Luka, but he shot the lights out anyways in the 1st quarter last game. Just a matter of time Boban starts to punish us inside and energize the crowd.
Top

RingColluder wrote:I think we're getting blown out this game. Killers and All time great's like Luka close elimination games. I'm not very optimistic whatsoever. But hey what do I know, just been right about virtually every single thing this playoffs...

No faith in Kawhi to carry this team on his back?

So much for making Luka uncomfortable in the first quarter, then. Doc 2.0 would rather lose with Reggie than admit when he's wrong.

Yeahhh... this looks exactly the same as Game 5. No adjustments from Doc 2.0.