Watched some classic games. how flashy was Magic? What I saw was a super solid player, but not flashy like LeBron or MJ.
Top

Re: Magic to appear on ESPN First Take on Monday

Re: Magic to appear on ESPN First Take on Monday

perempe20 wrote:Watched some classic games. how flashy was Magic? What I saw was a super solid player, but not flashy like LeBron or MJ.

Magic redefined flashy. Before him, and after him, "Flashy" was mostly about aerials and finishes at the rim.
Magic could do that, but he was mostly flashy at getting people the ball... And the speed at which he played the game.

To me, there's never been a player flashier than Magic...

Also have to keep in mind... The NBA was extremely East Coast biased in Magic's prime, and they all legit hated him... So the Nationally syndicated games like playoffs and finals, the coverage went out of it's way to avoid showing Magic's biggest plays.

Magic would throw a no look, one handed, behind the back, cross court, dime to worthy for a massive slam... And they'd show 5 replays of Bird tying his shoe. 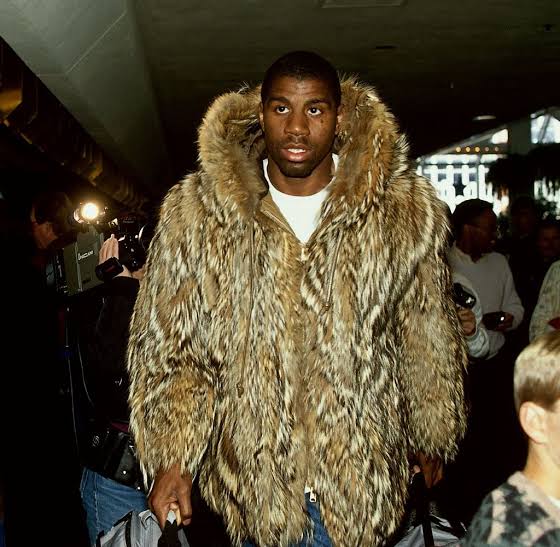 I don't remember the 'east coast bias' with Magic. Not saying it wasn't there...but I just don't remember noticing it. I was pretty young for most of Magic's era, but I remember him alot like Kilroy described: he made the team flashy.

You gotta remember as well....these things become larger than life with time. We (at least I) don't remember the 25 times he dribbled down court, backed his way in, and bounce-passed the ball to Kareem or Worthy for a simple shot. I remember the two crazy fast breaks with the no-look. But they did earn the name 'show time'...and it wasn't for nothing. You can watch a handful of 'bad boy' piston games, and (once your acclimated to 80's basketball, as opposed to current) you prob won't notice much. But keep watching.....it's def there. They too, earned their name for a reason.

I always point to Nash, when I talk about Magic to younger peeps. Nash was SOLID. Good shooter...could certainly go down and get his team a few buckets if needed. Could control tempo. He was smart. etc. But it was what Nash did behind the steering wheel of that Suns team that made Nash, Nash. Now take a guy who IMO is a good notch better....and give him a team that was several notches better. That was Magic.
Top

Magic took flashy to a new level. I'd say Maravich was probably the flashiest guy in the league during the 70's along with Dr J and Gervin.

I'm not remembering the East coast bias as a player thing, it was more of a time of day thing and the fact that until the 80's the top teams in the league were in DC, NY and Boston. You have to remember that the NBA was not a healthy league when Magic came in. Playoff and finals games were tape delayed and most early round playoff games were not nationally televised. ESPN was still looking like a Waynes World production as well and since they were from the NE you saw a lot to that area's teams front and center. CNN's sports report (which was far and away better than early ESPN) was more South/Central based.
Top

Magic was super flashy and his flash came in the passing game.
He made incredible passes. He could see plays develop long before they did. He led players to where they should go to get the ball.
He was an absolute joy to watch because of his flashy play and how much better he made his teammates.

I do remember the bias for sure.
It was on ESPN but I also remember it on CBS. The announcers definitely were more biased toward the Celtics and Sixers.
I used to hate listening to Tom Heinson and Dick Stockton because they were definitely Celtic homers.
Top

Flashy? You bet! His game was spectacularly unpredictable. Pistol Pete was his role model. They saw the game the same way, which might be seen as a flashy way with mere mortal eyes. To him it was just the natural way to play the game. All ball sports require the art of deception, playing off of the opponentâs anticipation and then going elsewhere with the ball. Magic was a master of illusion. He sold it hard! That was the flashy part. He knew where he wanted to go with his passing and sometimes tricked them to two or three other places before he let go of the ball in favor of the recipient whom he had in mind for his pass.

It favored his team. Thatâs why I think flashy is arguably a term too cheap for describing it. He won them five rings in a limited career span. He was efficient, rarely pulled a million dollar move unless there would be a million dollar finish.

Magic is a basketball savant like few others in the history of world sports. What vision he had and how fast it happened in his head.

Could Neil Armstrong be described as flashy? Einstein? Mozart? Hamlet? Anyone who is at the pinnacle of breaking through the next barrier in any field, whose results of great talent and effort resulted in complete mastery could be called flashy after the fact, I guess.

I think Magic just played the game to the best of his ability, the way he saw it. To me, it doesnât matter how we describe it. Magic playing basketball was poetry in motion, but I liked how it was all derived from a hell bent will to win. Was Prince the artist flashy? I saw an artist who worked harder than whatâs fathomable to most and got close to realizing his ideal self.

Flashy in the NBA started with Earl Monroe, Connie Hawkins and Pete Maravich, and then Julius Erving but overall, it was more excepted to be professional, and to comport yourself a certain way. But when Magic entered the league he had amazing fundamentals and added style and personality to the game. He's make a great no-look pass and have fun doing it, which was missing during the bleak period of the late 70's. He showed that you could be a great player and not be dour out on the court (like Rick Barry or Kareem).

The last question I would ask about Magic is "was he flashy?" because he was the flashiest of them all.
Top
Post Reply
10 posts • Page 1 of 1