ROballer wrote:Anyone have the feeling "**** that guy for coming back"?

Lebitch comes back, they literally had a "I'll show you kid" moment, it was an all fart sausage fest.
They didn't even pass the ball to THT. Froze him out COMPLETELY.
Made a point letting him know this is still their team. And got blown out like little bitches doing it.

I really hope he's traded at this point seeing how all the other young talent we had are performing on other teams.
This team is a complete joke, can't wait for this geriartic ass to retire already so we can start a nice clean rebuild.
I don't give a **** if we suck ass for 10 years with young guys, anything is better than what we are witnessing right now.


Also Barnes hasn't been the same since Siakam got back. He'll still get the all around stats and the minutes are still there, but the scoring/eff has been way off.


I really do hate my team right now, this week has made me sick to my stomach. Sooo many things have went nuclear wrong exactly at the same time.

Now the guys in Sacramento are playing inside jobs on Luke Walton. It's CLEAR as day by their body movement, the players want him out. And it starts with Holmes, that guy has no intention of playing ever again under him, he's just lumbering around.

Also Sengun has been cast out of the rotation by **** Silas, to play Gordon and House more.

I was just thinking you were a day too late in trying to trade THT away! But given the long season, maintenance days, early shutdown concerns etc with Bron, THT should get regular chances to show out.

over/under 30 days until Sengun gets dropped?

Nah man. I'm even keeping Thad this time around, this guy can flat out put up stats when he gets PT. He was awesome while Poeltl was out.

He's obviously getting traded at some point, gotta ride it out getting nothing until that happens.

Sengun as well, he's getting his burn at some time. Probably as soon as Silas gets the axe, no way that guys is keeping his job.
coach, his system is AAU level bad.


THT will probably get traded as well so it's all good for me.
My end of the season outlook is elite. Just have to make sure I stay afloat until then.
Steve Nash injures his back while carrying bags

tugs wrote:Out of all those it's the THT one that pisses me off for both fantasy and real world reasons. Too difficult to mesh with multiple ball dominant teammates. In fairness to Westbrook he concedes to THT unlike Bron.

Sengun we knew PT would be the issue, Barnes usage due to competition but I think he'll figure it out with OG out.

The fact the boggles me is he had the PT...limited but he had it. Badly outperformed Theis.
1-15 record and he's benched and Theis is not.

I mean who the **** does that? Wouldn't have made more sense to not give him any minutes early on? If you wanted to play the vets and get some wins, then give him mins progresively?
You give him minutes right away, team is on pace for the worst record ever. Then you bench him despite you have nothing to fight for.
I've never seen anything like it.

This is a ludicrous approach IMO. They're not playing Garuba, Christopher, nobody while being 1-15.

Only excuse I can find is Silas fighting for his job. The lottery odds for the worst 3 are all the same, you can't just go 1-81 because it doesn't help you out one bit. But it's too late, him and Walton are not keeping their job by the new year's arrival.
Steve Nash injures his back while carrying bags

Ty, what are you doing man? 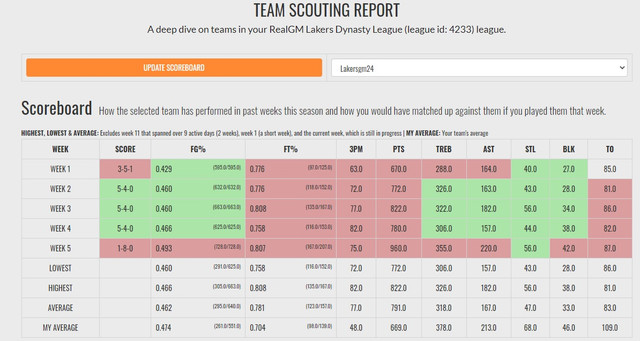 This is what happens when you catch guys at the wrong time. Would've handled him for 3 weeks in a row, he got in a groove now.
Looking at those totals, I'll call it a win if I get 3 cats next week.
Steve Nash injures his back while carrying bags

Thank you sweet baby Jesus. Luke Walton has been fired.

Any guy with a brain will see that Holmes is a beast who needs to see 35 each day and that Hali needs to run the offense, not bricklayer Fox.


Now let's make it 2/2. Silas, you're next!
Steve Nash injures his back while carrying bags

If any of you bottom teams are interested in my first round pick let me know. Going all in this season, this might be the only year where half my roster isn't injured.
Top

Had to jinx yourself.

You should know better than that my man.
Steve Nash injures his back while carrying bags

I just hate that Memphis team with a passion. Literally every game they're involved in is a **** blowout.

It tanks their players value because the coach is playing 14 guys because of it....and the team that plays against them of course because they do the same thing.

Melton could've benefitted in a lot of those but competition with Bane and Brooks proving to be too much. And oh Tyus
Top

Steven Adams saw 30+ mins in every close game, but sees 16-18 in every blowout. As soon as they're down or up big, it's scrub time or small ball.

They played 14 guys at least 8 mins each last night. Nobody played more than 23 mins IIRC. That's insanity.
Steve Nash injures his back while carrying bags

Remember a few months ago me calling out Wood and saying he's gonna be traded?

For the life of me, I'd love to get a swap for THT. It would literally be perfect.
THT gets to start at the 3, Sengun gets to start at C(Theis already picking up DNP-s). More minutes for Martin Jr.

...and Wood's sorry ass losing at least 50% fantasy value. Not that Optms needs it anyway, but for my own satisfaction.

Steve Nash injures his back while carrying bags