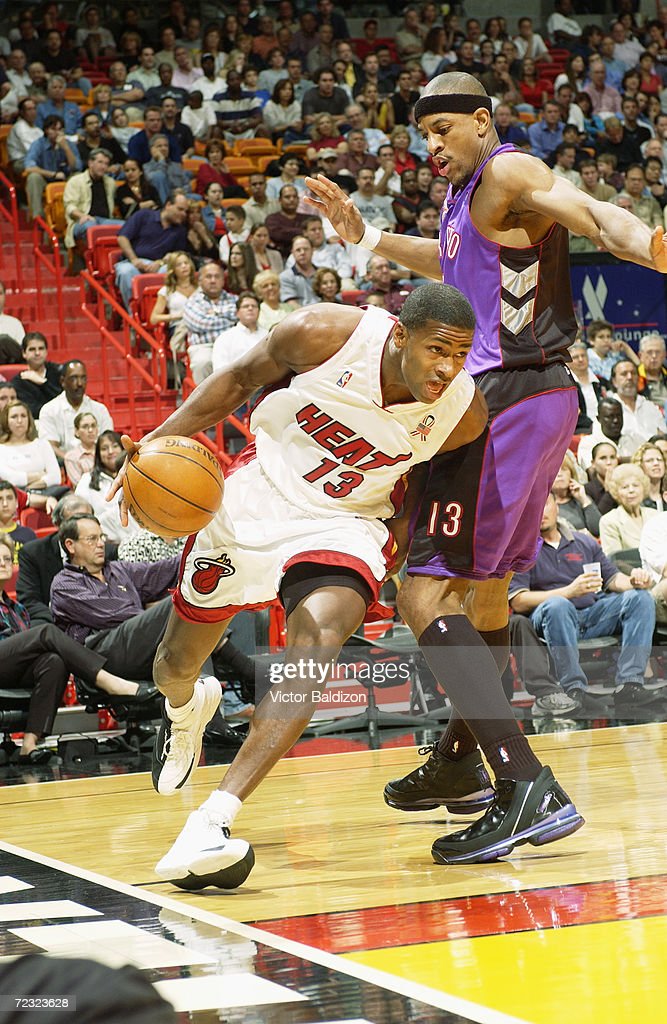 Donald Trump is an idiot.
Top

Not fair wade has always been loyal and brought championships there

My favorite Heat player as a young fan of a young franchise was #3.....Steve Smith! My first username on the internet back in 1995 was Heat3 in honor of 'Tricky' Steve Smith and I used it on realgm as a nod to that. 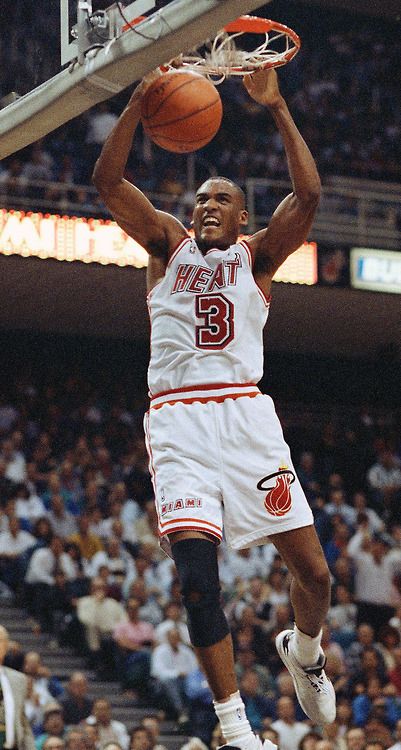 Somewhere in a storage box I have an old Miami Herald newspaper with a season preview (1994 I think). It had Steve Smith, Glen Rice and Rony Seikaly in full page picture with flames surrounding them and a headline like "The Heat get Hot when the Big 3 catch Fire".

Of course since then we had another guy wear #3 who surpassed everything as a player that I had hoped we would someday see from Smith in a Heat uniform. Still when I look back at that first era of Miami, Steve Smith is the guy I remember rooting for most.

He even returned to play on the first Wade/Shaq team.

Steve Smith, I salute you!

Eddie Jones is the reason I started following the Heat. I wish he had been able to stick around for a championship and contribute more.
Top

Where are all the GOATside fans?

But seriously Young Whiteside was one of the most fun Heat players to watch play. Those first couple of years were magic with Whiteside seemingly erasing everything and grabbing every rebound. I remember anticipating a blocked shot every single time the opposing team had the ball when he was on the court.

But then he got big money and a big head, and the fun went away. Anthony Mason was great that one year we had him. Made the allstar team and gave the team hope when Zo went down. Riley could not figure out what to do with the team once Zo came back and they subsequently got swept by the Hornets, but it was fun watching him that year.
Banished. 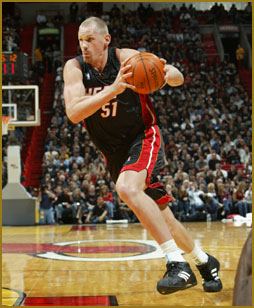 Which of those guys logged more minutes for the Heat?

Outside of Wade, I really loved the underdogs on this team; the guys who came out of nowhere to become good NBA players. Guys like Grant Long, Voshon Lenard, Keith Askins, Bruce Bowen (had he stayed longer), Udonis Haslem, Hassan Whiteside (though he really gave up on himself IMO), Isaac Austin, Tyler Johnson (though his contract was awful) etc. I've always liked that work ethic that turns guys who shouldn't be in the league into useful rotation players...
Top

I was a fan of the Butler "brothers" back in 02-04 (Caron and Rasual).
Was bummed Caron never made his way back to Miami after the trade to LA.


And I echo BBallFreak's post. Always root for the undrafted guys/reclamation projects, and it's cool when some pan out, even if it was for a small stretch.
Top

I didnât really have a favorite Heat player or any player, really.

Instead, Iâll say my favorite Heat team was the ~96â-00â teams that had so many heartbreaking losses to the Knicks. The rivalry was fantastic. I am so happy the Knicks have remained irrelevant since then.

I really enjoyed watching Wade become a star and Miami winning its first championship and having Mourning be such an important part of that.

Oddly enough, I didnât like the James/Wade/Bosh era. I always felt like it was rigged and Miami hadnât earned its stripes. On top of that, although LeBron is a fantastic player, I absolutely hated the way Miami played basketball those years and I hated (and still do) all the pandering towards James, to the point that I gradually stopped watching the games.

I finally had the opportunity to catch about 15 games last year and Miami was just atrocious. Every other shot was a 3-pointer â generally a poor shot that, as expected, went wayward. Whiteside was the epitome of empty stats and seemed absolutely indifferent and non-committal to the team. I did like Spoelstraâs willingness to start the bench and rotate endlessly until he found whatever combo was working best that particular evening. However, I thought he sacrificed Dragic far too often.

I was disappointed to see Miami get Jimmy Butler because I think he is a diva and I donât particularly care for the theatrics he brings off the court. I am hoping Miami will be able to land Bradley Beal, somehow.

The NBA has changed a lot over the last decade and while I still root for Miami, I really enjoy watching teams that play good team basketball and shun those that do not, like Houston or the Lakers. I found myself watching and rooting for the Spurs, the Pacers, the Nuggets, and the Jazz.
Top

bigjay23 wrote:Not fair wade has always been loyal and brought championships there

If he was so loyal he wouldnât have left us to sell wine on Instagram.
Donald Trump is an idiot.
Top

the only reason, haters gonna hate 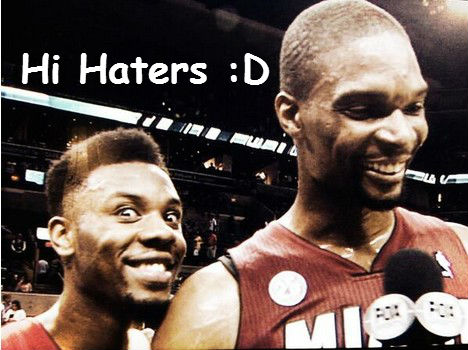