none of these guys have an NBA future.

Potter is the most intriguing, but probably will be headed to Europe.

I'm hoping we'll add a player with legit NBA talent to the second 2way deal. Theses guys ain't it. I'm sure there's a better wing out there somewhere.

I like Micah Potter. For a big he has an outside shot, decent footwork, looks to have enough ability in the low post to take advantage of smaller players and more importantly for a fringe NBA player, seems to understand his limitations as a player. He's around 250 pounds so defensively he may be able defend PFs and centers.
Top

The teenagers love him, which is great. But some of yall grown mfers be acting acting like these girls about him, which be creepy at times. Miami Heat Backstreet Boy

The teenagers love him, which is great. But some of yall grown mfers be acting acting like these girls about him, which be creepy at times. Miami Heat Backstreet Boy

BenoUdrihFTL wrote:You know it's the offseason when the GB is ruminating about Luke Babbitt lmao

BenoUdrihFTL wrote:Luke Babbitt in today's NBA would be putting up 35ppg on 70% TS

What a great beautiful speech. So happy the brother is living well to experience life after bball and get his flowers
Top


Sent from my SM-G965U using Tapatalk 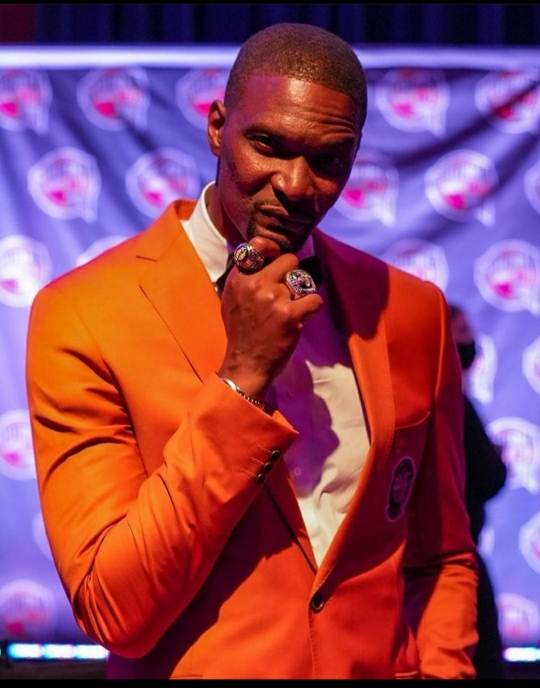 The Heat are an all-time class act
Spoiler:
even if it is an act. IDK IDC.

Anyway, here are my notes and take on the offseason:

1. Traded Precious Achiuwa & Goran Dragic for Kyle Lowry. Lowry signs a 3/85 deal in the exchange. Achiuwa is the good young foreign prospect that played very well in the Nigeria vs USA game. This was on the surface a good deal, though Achiuwa not being traded would have been much better. He is underrated by Heat fans. Still, Goran (so much loved by Heat fans) has an empty tank, and Lowry will take pressure of Jimmy Butler. It was a great trade.

Miami had no draft picks and did not buy into the draft, despite good talent being available and picks for sale.

Miamiâs summer league team was ok. Their best player was Max Strus. Gabe Vincent & KZ Okpala found some space with the Nigerian national team. Precious Achiuwaâs performance against the United States may have helped swing the deal for Lowry.

Victor Oladipo (special case)
Dewayne Dedmon (can also play beside Bam. Can fill in for Bam sometimes too)

I really need to see the team play before I pass judgment. And of course a lot depends on the progress of Tyler Herro & Bam Adebayo. We need the team to take a step forward, and, of course, Lowry & Butler will have to carry much of the load, but in my mind the team's success mostly depends on the evolution of the two young players. Everyone else has to show up too of course, especially Duncan Robinson and Gabe Vincent. Vincent is a clear downgrade to Nunn, a player who would have been nice to have around. Lowry is better than the DragiÄ of now, but few rival Goran's best moments. That trade, much questioned at the time, was in hindsight brilliant. Goran brought a lot of excitement to the team and was willing to sacrifice himself to win.

For the development players, I really like Yurtseven and Garrett. All of the other players signed to camp had very decent college shooting careers. They not only had good 3 pt shooting rate but shot free throws well too. Some affirm that college free throw percentage is a more accurate future indicator of NBA 3-pt percentage. In any case Dru Smith, JaâVonte Smart, and Micah Potter were all pretty good at shooting in college and generally improved each year.

Dru Smith, another rookie. His last two seasons at Missouri were mixed. Despite getting almost 33 minutes per game in his first season there, he had splits of .41/.29/.90. The last season he improved to .44/.40/.83, playing 34 minutes per game. His Offensive Rating/Defensive Rating splti is 110.9/98.0 overall.

My favorite is JaâVonte Smart, the workhorse guard out of LSU. He played an average of 33 minutes per game over 3 seasons, almost 36 minutes the ast season. His offensive/defensive rating was not great, but it did improve every season, ending at 114/107.6. He did, however, get a decent number of steals, an average of 2020-21 his shooting also experienced an upswing: a 0.46/0.40/.86 shooting split. His 4.0/2.6 Ast/Tov ratio is not great either, and Smart (like the rest of the team) shrank before Alabama. LSU still finished 3rd in the SEC, but it was a letdown.

All these guys have a bit of a chip on their shoulders. Thatâs great. It will take a lot more to succeed, especially in Miami.

Overall, however, this crop of talent is not as good as in years past, which brings me to oneâ¦

â¦Main Gripe: As I have mentioned many times, I feel the Heat should have bought into the second round to add another player. I feel the dearth of picks should be countered not only by developing g-leaguers, but investing in a higher level of talent too. Iâm ok with the team treating FRP as disturbingly irrelevant as long as they actively invest in the second round. Itâs free from a cap perspective.

Primary Concern: I'm afraid Oladipo rushes back too soon and gets reinjured. He has had such crap luck. In any case, it makes no sense to rush the recovery, because it is unlikely Miami needs Victor Oladipo to finish high in the regular season and get home court advantage.

I guess that would be my measure of success: Home Court Advantage. That would be tangible progress at any rate.

As a Heat fan, Iâm so unbiased on this subject, what I say here must be held with some suspicion. That being said I am no fan of the Heatâs offseason, although I recognize itâs a bet with a high possible return, one that at least in the near-term, maximizes Butlerâs chances. Altogether it is Miamiâs intent to contend, even if it never really impresses.

Signing Jimmy Butler to an extension was brilliant.
Signing Lowry gives the team someone to take some of the weight off of Jimmy Butler. Lowry and Butler are also friends, so itâs good for team chemistry.
One development that needs to happen in the offseason is that Bam needs to play like a max player. Defending is great, but he also must shoot and score. No excuses.
Duncan Robinson 5 year deal (smart)

(all seem like bad choices -- I'd really like a better option at PF - or even a young prospect, Achiuwa for example, to develop <stares hard>)

Victor Oladipo (special case)
Dewayne Dedmon (can also play beside Bam. Can fill in for Bam sometimes too) Maybe a Bam-Dedmon front court should be tried.

Gabe Vincent - has a lot to prove, but Miami looks set to get him minutes at point guard.
KZ Okpala - has even more to prove. Has shown some defensive chops, but thatâs not enough. This is his contract season. Miami has his bird rights, but at this point, it hardly matters.

I do. He is quite a good shooter. I thought his defense was pretty good in the summer league too. He would benefit a lot from the g-league I think, and then, who knows?

wow no Bosh love for his HOF induction here

twix2500 wrote:wow no Bosh love for his HOF induction here

Gave a great speech, he's a genuine smart Quirky person, he's not your typical star NBA player personality. I like his honesty.

He's a well deserved HOFer, in a wired way I think he could been an even better player if he came into the league a few years later because his shooting was always underutilized at the time.

His ability to adjust his game and keep his ego in check was a key part of our 2 last champioships.

how bout this depressing thought I had last night :

PF spot will kill this team.

RexBoyWonder wrote:how bout this depressing thought I had last night :

PF spot will kill this team.

A guy who was a starter for the NBA champions is worse then Harkless and Bradley? Although limited, Tucker's also pretty consistent for what he brings so that's one less variable Spoelstra has to worry about on the court allowing him to make better play calls. This team desperately needed some toughness and Tucker will help in that category.
Top

Jimmy became pretty decent 3 point shooter in Minny. no reason for him to regress so badly but somehow he did. I'm hopeful that he'll be a 36% 3 point shooter (league ave.) and it will help this team (and himself) tremendously.