Bruins trade Hamill for Chris Bourque (Hershey Bears) from Caps
Hamilton will have a chance to make the team. He's not even 19 and was named the OHL defenseman of the year (17 goals & 55 assists in 50 games)
Top

I love the bourque move. Disappointed in Zach Hamill. He never got it going here.

One station brought up that he may be doing that because he doesn't want to be traded but I'm not sure about that. I think it's a good thing either way because one he gets time off and two it'll make them find another pair of goalies.

I'd like to see more of Khudobin and Tuukka to play more games. I thought they were going to have Tuukka play more last season but it went the opposite way instead. Not sure why you'd have Thomas play most of the playoff games and then have him play even more in the next season.

EDIT:
Actually I lie. Didn't know that no matter what he does he's still getting $5m which would also help Tuukka with leverage. Getting paid $5m and no one even knows what the **** he's doing. He's starting to sound like a nutcase to me though. He's worried about a god damn economic crisis for one. I didn't really care about when he skipped the Whitehouse visit but now he's really starting to get on my nerves.

If it really is because of family issues then fine but there's too much other **** going around that lean towards that not being the reason.

Maybe I'm being a little bit harsh but to me it looks like himself > Bruins.

plenty of other interesting stuff I'm really lazy to post.

Tim Thomas waived his no trade clause, and the Bruins drafted a goalie.

It was a blast.

Bruins draft PK Subban's little brother, Malcolm. I love the pick with Thomas on the way out. 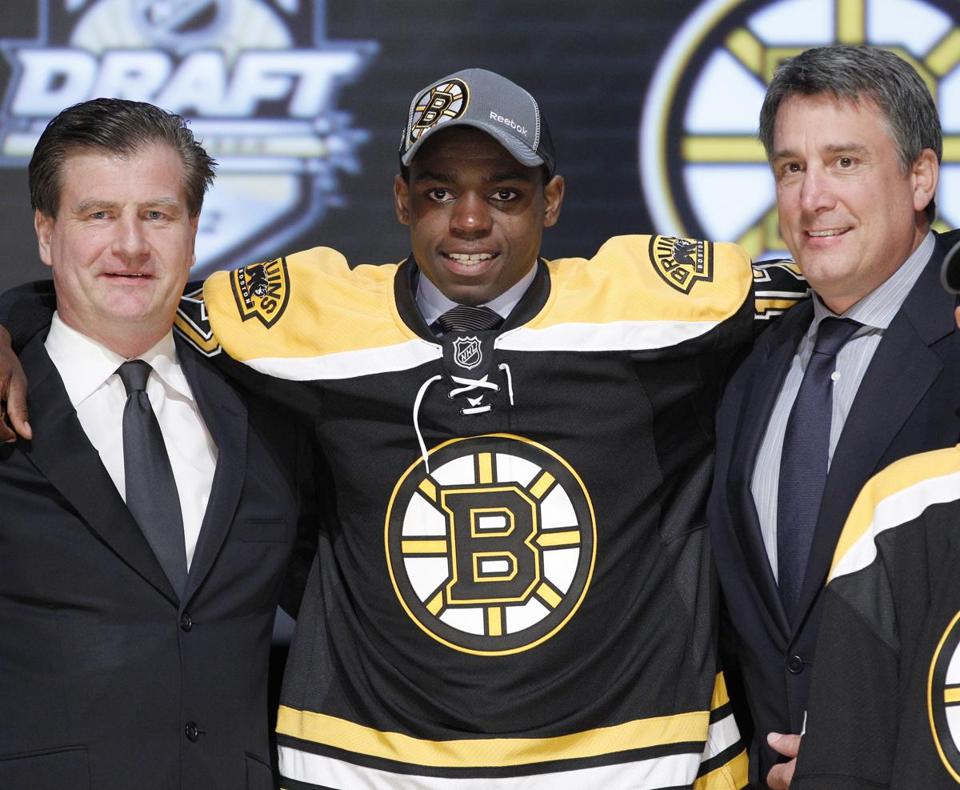 Wow I didn't expect Thomas to do that. Anyone think Khudobin will be the backup goalie or what?

Pouliot got traded for a 5th rounder where they selected forward Seth Griffith. Forward Cody Payne was selected in the 5th, Matthew Benning in the 6th and Colton Hargrove in the 7th.

No idea on the later round picks, but it was interesting to see Pouliot go. He was one of the few that turned it up during the playoffs last season.
Top

Tuukka to a 1 year/$3.5 m contract. I wonder who the back up goalie is going to be

Assuming that Thomas doesn't change his mind and everything...
Top

Bruins were lame ducks in FA today, Chia said he didn't think there was anyone out there for them.
Top

Bruins signed the son of the guy from slapshot
Top

Seguin agreed to a 6 year 36.5 million dollar extension. Have him until 2019 now barring a trade or something.

They signed Moshmont before that too. Awesome news. Just wish we'd actually get to watch hockey soon.
Top

Too bad the lockouts started today

I love how they can't agree on anything. More money more problems really is true.
Top

I will not be surprised at all if there will be no hockey this year. What an embarrassment to the whole league.
Top
Post Reply
22 posts