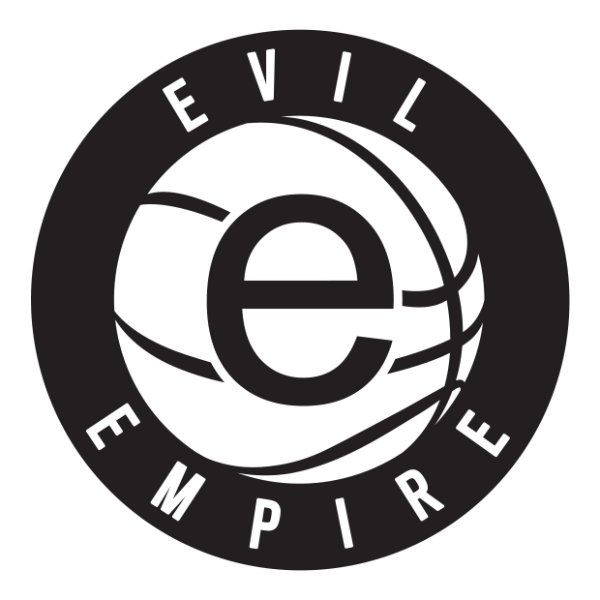 ALL RISE, FOR TONIGHT'S VILLAIN ANTHEM #1:

AND SINCE THIS IS A NEW YORK MATCH UP BEEF, PLEASE STAY STANDING FOR ANTHEMs #2 & 3:

I take summers off 'cause I love winter beef
Started '87 with the shotty in the sheep
Three-quarter length beige, dressed to kill
Bust a shell at the ground, pellets hit the crowd
Nobody like a snitch, everybody shut they mouth
Woolrich, Carhart, gun powder stains
Smellin' like trees, sensimille on the brain
Schemin' on ya girls, bamboos on ya chain
Got ill up on the train, twistin' off a cap
Of The (Olde) English in my vain,
might of pushed you on the tracks

Hoping we get KD and Harden back and blow them out.

HEAT33 wrote:Nets not even the best team in NY without Durant

This one feels major, not gonna lie.

The Knicks are coming off of one of their most decisive victories of the season, albeit to the lowly Pistons. Meanwhile, we're going into this game on short rest after a disheartening loss to the struggling Bulls. Harden is likely to return, and Kevin is a possibility as well. Both would be rusty if they did play, so it's important that our role players pick up the slack. Kyrie has played is some back-to-backs, BUT it would not shock me if Nash sat him. He looked tired in general after the game, but especially hobbled after diving into the stands and hitting his leg on the guardrail.

Still, we should have more than enough to dispatch the Knicks. No excuses if we lose, we are clearly the more talented squad. That's perhaps the scariest part about playing them: they can walk away proud for losing by 15, but we won't hear the end of it if they eek out a W. "Heavy is the head...", you know the rest.

I'll be interested in the game behind the game, between coaching staffs. New York has out-strategized us in both previous games IMO, and really looked like they were hunting us late in the 4th. Our inbounds scheme has gotten predictable, and our complementary ball-handlers are shaky AF under full court pressure.

All that said, I like our chances. We haven't lossed back-to-back games in almost 2 months, I think we have a resiliency and pride that will serve us well. Some of the outlier statistics that head buoyed New York earlier this season have regressed to the mean, so I don't expect them to shoot a high efficiency, Or for us to stay cold from beyond the arc. Joe needs to stop getting chased off the 3 point line, his dribble drive game has improved but hes playing into the hands of the defense. Most elite shooters know how to make defenders pay for crowding their airspace, by drawing fouls. Harris almost never does this, and New York is one of the best teams at aggressively closing out shooters.

This goes without saying, we need to stagger the minutes of Aldridge and Griffin. I can respect that Nash is a tinkerer, and wanted to see that combo in live game action before dismissing it. Even he admitted that it didn't work. Whether Durant can go or not, Blake needs to be with the 2nd unit, where he can play alongside a more athletic frontcourt partner like Claxton.

This game is ours for the taking. Handle our business, and we don't even need to sweat. But the Knicks are capable of capitalizing on our mistakes. If we give them confidence early and they draw first blood, they could break our will and boat race us. We can't allow that. Embrace our villain role. Sweep the leg.
Some people really have a way with words. Other people... not... have... way.
-- Steve Martin
Top 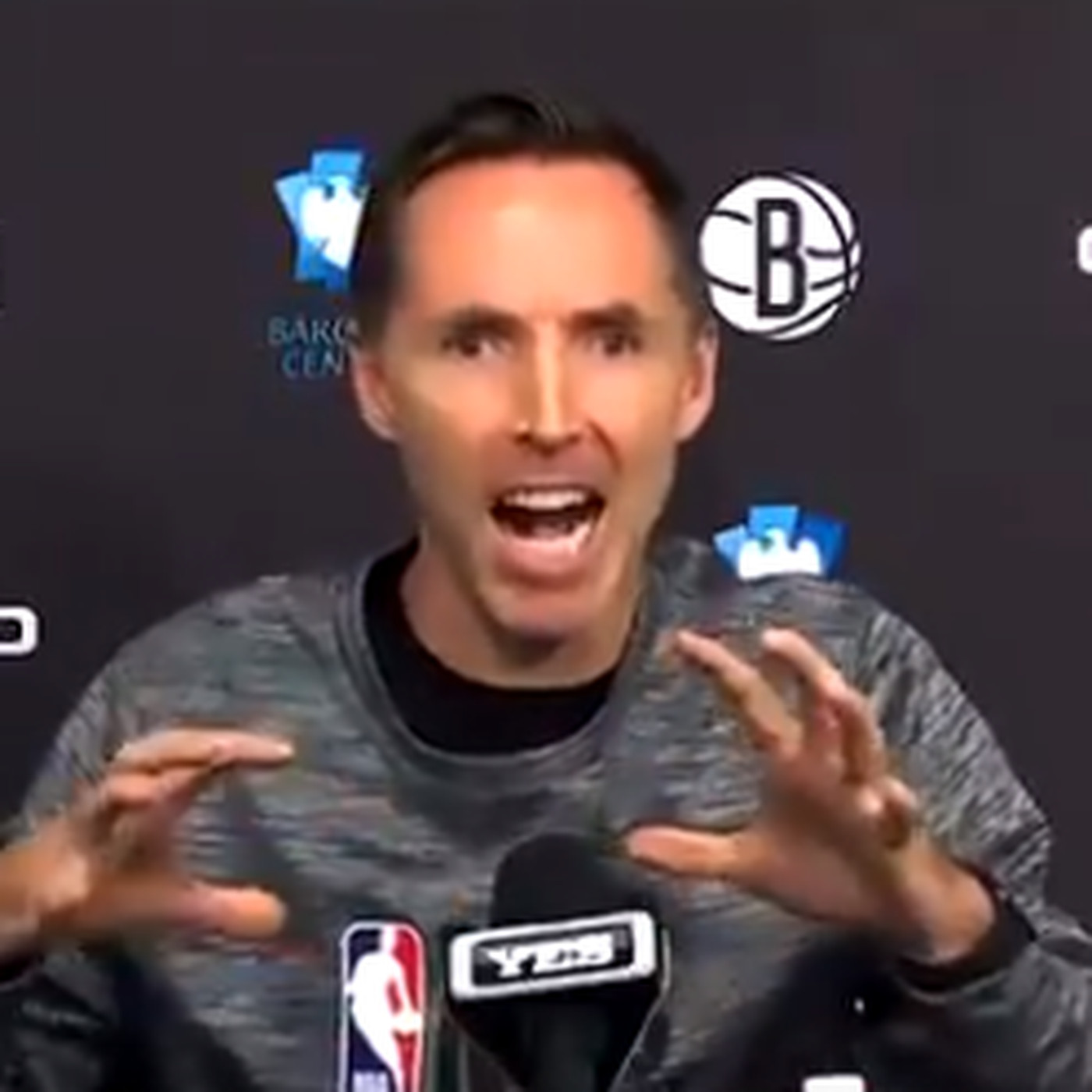 We need Claxton or DJ to play 24-30 minutes.... ESPECIALLY if KD/Harden don't play. It kills our offense not having one. you can get by with 20 or so minutes of a pick and pop/post big. but we are wasting harris and our spot up shooters but not having the pick and roll to generate looks for them.

We know thibs is gonna have that team play balls to the wall for 48 minutes. even if Kyrie went off for 50 he is gonna need help to beat them. Nash needs to understand that the alternative to LMA/Blake doesnt need to be Green/TLC front court
Top

KD, Griffin, Shamet and Johnson are all out.

The good news however is that Tyler Johnson's knee isn't anywhere near as bad as what it looked like yesterday when he went down.
Top

The good news however is that Tyler Johnson's knee isn't anywhere near as bad as what it looked like yesterday when he went down.

Will blake play 2nd of a back to back?
Top

Harden is playing so there is no excuse this game. TJ/Shamet being out sucks though.

Our only backup guard is Brown. We really need to sign someone else at that spot.

HEAT33 wrote:Nets not even the best team in NY without Durant

Hello Brooklyn wrote:Harden is playing so there is no excuse this game. TJ/Shamet being out sucks though.

Our only backup guard is Brown. We really need to sign someone else at that spot.

Knicks are a .500 team that plays hard for 48 minutes. they are a tough out for anyone on a back to back with or without harden.

Blake out hopefully means we see more claxton or DJ get minutes. without mitch robinson we should get plenty of dunks if we have a rim runner on the floor.

If we try that post up/mid range/ pick and pop junk we did vs the bulls they will run us off the floor. Save the LMA post ups for the second unit.
Top

The good news however is that Tyler Johnson's knee isn't anywhere near as bad as what it looked like yesterday when he went down.

Will blake play 2nd of a back to back?

Harden is in, Blake is out for maintenance.
Top

Nice Harden is back for this one, I think its good for KD to take more rest and return in a less intense game. Knicks play very physical and theres no guarantee that they may even try to injure KD intentionally.
Top

Shoutout to Kyrie. I love this dude, man. He really gave a kid a stack of 100s after the Chicago game who was selling candy outside.

âTake it to your familyâ

I know Harden is playing while KD and TJ are still out, but what about Shamet?

Is he playing or is he out too?
WHERE BROOKLYN AT?

ON A QUEST TO WIN A CHAMPIONSHIP.

I was just about to say bounce back game for Joe, and he went to the paint with some authority!
Top

Let's run these bum brick knix off the floor...
Top

Harden asking out of the game is a bad sign. I'd be really worried if its the hamstring again
Top