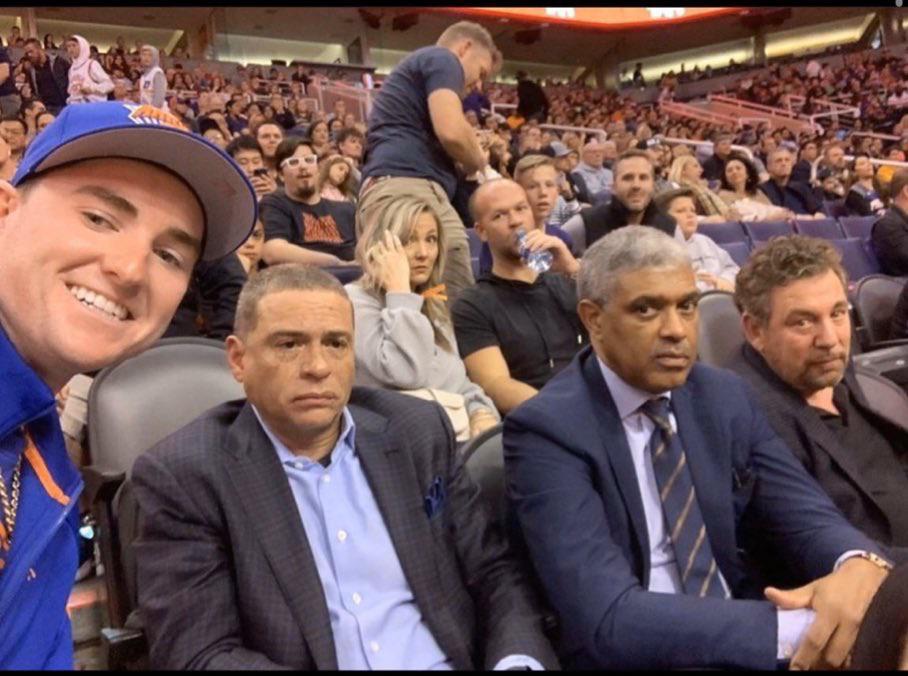 Holy sh*t, this is beyond awesome.

prophet_of_rage wrote:Presti traded for Melo? Lost KD for nothing. Had to break up KD, Russ, Harden and Ibaka. Took on Nerlens Noel. He's done a lot of bad, too.

And yet tiny little San Antonio and OKC have run rings around our two-bit Gotham organization for decades.

Maybe heâs just lucky, but SGA, CP3, Gallo, Schroeder, and Adams look like they actually fit together and will elevate SGA to levels of stardom previously thought unattainable.

Oh and they own like a million draft picks. Yes, Iâm envious. OKC has the kind of team Mills thought he was putting together here.

Presti also traded Allen and Harden for basically nothing. You think he would have survived NY? But he's been with Sonics/Thunder about 10 years now and is still rebuilding. His first act was trading Ray Allen and Glen Davis for Wally, Jeff Green and Delonte West and gifting Boston a championship.

RC Buford has been GM of the Spurs for a generation and has the Tim Duncan draft to hang his success on.

Percy's been our GM 2 years and you want him fired.

See the problem? Nobody gets any traction here to do a damned thing. Good or bad.

If you're going to try and compare Pills to some of the best FO guys in the game, then do it with some context.

Presti trades guys bc of his cheap ass bosses. Guess Manu, Parker and the rest of the Spurs just magically showed up on Buford's doorstep.

Perry is a bad GM, you've had 2 years to see that and various years of bad drafting as an assistant. Dude, just sucks and it makes sense that he'd draft the 2nd best player on a team bc of a workout that was lauded by a coach who you just fired after 1 year. He got a get out of jail card with #3 pick, God forbid he had to make a choice @4 or 5. Let's not get into this roster construction.
Top 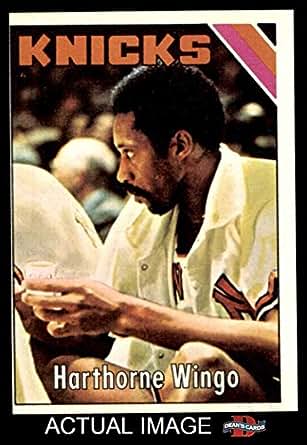 If heâs hurt rest him. Even if hes not hurt he looks like he donât gaf. Itâs frustrating and he doesnât get a pass Bc he has talent.
Ntilikina/Knox/Mitch/RJ ARMY

And it's not like his usage has gone down
Top

Context wrote:yall are too emotional- this is a **** rebuild

when you get into a fight with a bully - you gonna get a beat down and everything is going to look out of wack....

No we haven't. They always traded for some "star" and traded what few young players they had.

We not playing the young guys together and seeing what happens. Thatâs only meant for 1 year guys who sucked on other teams then leave at the end of the year. Worst ran franchise in the world.
Ntilikina/Knox/Mitch/RJ ARMY 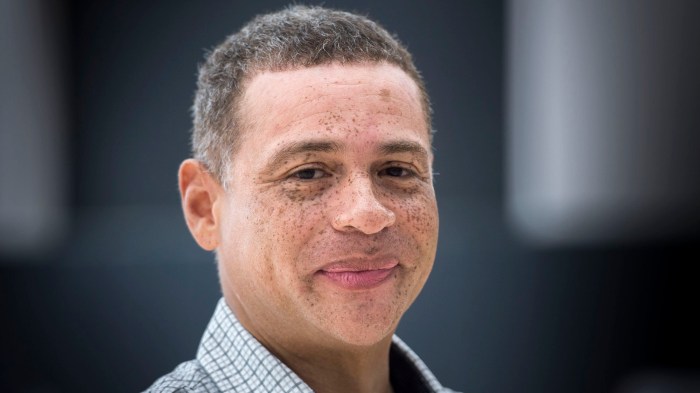 Apparently heâs no threat to Mitch. We need him for what Mitch use to do:
Ntilikina/Knox/Mitch/RJ ARMY

Itâs become more and more clear that you have to have a pair to play here. RJ and Morris has a pair. Everybody else is meh.
Ntilikina/Knox/Mitch/RJ ARMY

Holy sh*t, this is beyond awesome.

It's like when n*ggas make subliminal records
If it ain't directed directly at me, I don't respect it
Top

Steve Mills always look like he $#!tting bricks. 2015 draft, it was like he relieved himself after the announcement and here it looks like you caught him coming out of the ladies stall after a burrito binge. Dude's face never leaves me feeling confident in our future. These dudes all look like bafoons.
Sooooo..ummmm.....we tanking again or what?
Top

Thugger HBC wrote:RJ was the only one worth watching. Good to see him play with effort even though the team was getting demolished. 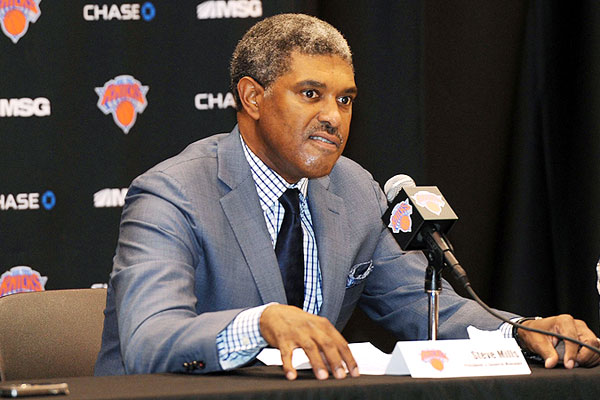 That or posters are bi polar.

BowlRips wrote:Are they still trying to save face?
The signings didnât work out. Except for the fact that you Randle/Portis/Morris was redundant, I was able to at least rationalize what they were doing.

Canât you see that these vets are serving no purpose right now? Only taking away minutes from the prospects and creating clunky lineups that limit the progression of the young players?

They donât even realize what is good for them. The fan base would RELISH seeing our young players playing together 30 mins a night.

And itâs crazy that for all the misfits they signed, the young core actually has a nice fit together!

This is basically Mills and Perry.

They're so focused on spinning things to Dolan that they can't see straight (or anything else straight).
Top

god shammgod wrote:it is amazing that half the season is over and dennis smith jr has basically done nothing yet. not a thing.

This is actually disappointing after all the talk from Fiz about him dominating practice and supposedly fixing his jumper.

I hope at least while heâs out heâs becoming a film junkie .. doubt it though smh
Top

prophet_of_rage wrote:I said last year imagine Mitch with a jumper and was told to leave him alone he was fine as he was. Now he needs to shoot.

Wingo doesn't have that much time!

He has time. This is Wingo at a party last Halloween. 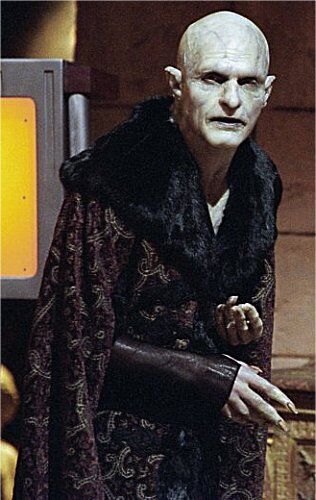 Spoiler:
He forgot he was supposed to wear a costume.
Top

This is Mills 7th season as GM/president. This will be our 7th season in the lottery, we traded a young all-star in KP, we had $70+mil in cap space.

mpharris36 wrote:
is that why steve mills is still employed? All that great between the lines and behind the scenes stuff he has done for the knicks organization?

It's a fair question to ask - what is the sufficient amount of time for a GM or President to have to prove their plan is either right or wrong. In the last 20 years, we've given GMs an average of 3 years, with Layden the longest tenured at 5 years. A team like Boston with a long history of continuity and tradition has had 2 GMs in the past 20 years. That includes 10 years of Chris Wallace, who made a lot of questionable moves during his tenure but seems to have found redemption in Memphis. So, let's have it. What's the right amount of time you allow a front office to execute a vision.

there is no specific amount of time. It's a lack of understanding the vision. Once there is no plan/vision/identity/improvement...you get fired.

Here's some interesting things about the "mind behind the madness" (aka Steve Mills):

Mill actually started with the Knicks in sales. He was a sales executive responsible for corporate sponsorships and events. He did extremely well and was rapidly promoted...deservedly so. The problem is he should have stayed on the sales side of things.

Someone (likely Dolan) in his infinite idiocy apparently decided that if he can do so good in sales, he must be able to do real well developing players (a hint of where the apparently belief that if you hire a great head coach to a GM position he'll do great or if you hire a great player to a GM position he'll also do great came from). Mills lucked into being on the tail end of the great Knicks teams of the mid-90's to 2000-ish and was then promoted basically to the TOP position with respect to all sports activities (including the Knicks).

So Mills was set down the path of destruction...

Mills left the organization in 2009 to join Magic Johnson in what ended up being a failed venture. The Knicks in that time period managed their only 2 winning seasons since 2000-2001. Mills came back in 2013 and was again put into a position of being the ultimate controller of all things Knicks. Since his return the Knicks have managed the 2 worst seasons in franchise history.

This isn't something that has yet left to prove...Mills has been the captain of a sinking ship since about 2001 with a brief hiatus where the ship seeming to right itself only to even rougher water after his return.
Top

Deeeez Knicks wrote:This is Mills 7th season as GM/president. This will be our 7th season in the lottery, we traded a young all-star in KP, we had $70+mil in cap space.

We really should have a lot more to show for all of this. Mills has no business running a basketball team.

It's actually been about 17 years where Mills was deeply involved in the Knicks day-to-day ops, player development, trades and transactions, etc., etc., etc. Mills was also the one behind the "recommendations" to hire all of the failed GM's (and counting) to Dolan. The 3 years that Mills wasn't here so happen to coincide with the Knicks only 2 winning seasons in basically 20 years. Basically, Mills stench is all over the Garden. Dolan hasn't been the only constant through this whole craziness. Mills has been his co-pilot and captain-in-arms.
Top
Post Reply
331 posts