Never knew why we never had this, but considering there are a few Chelsea fans there should definitely be one.

Keep the Chelsea news in here, would try to post as much youth/academy related news as possible, but mostly just rumours, discussions and whatnot.

To start things off: 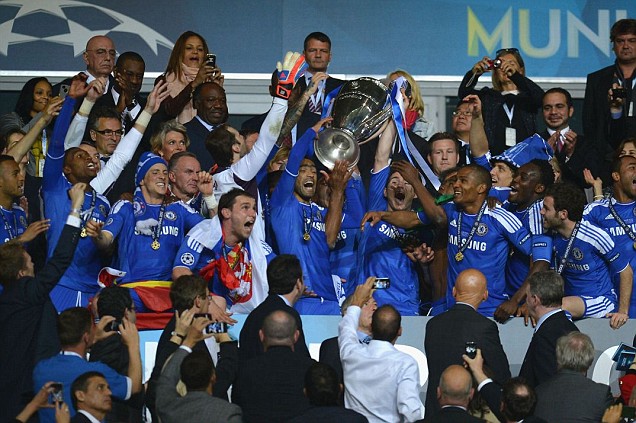 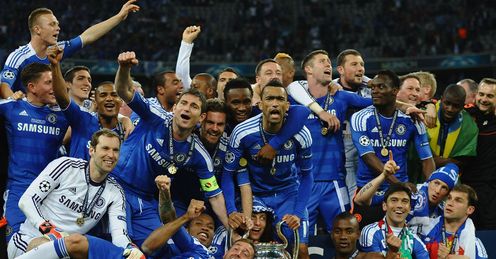 Continue the CL reaction discussion for Chelsea fans here, since the CL thread might get locked soon.

treiz wrote:Ok now that I've managed to calm down a bit here's some more thoughts

Cech - Rarely troubled to be honest, apart from that Robben chance in the first half where he saved it with his foot, made pretty easy saves throughout the game, including the penalty from Robben mainly because of the heroics of our defence. Immense in the shootout though, went to the right direction throughout, and could've saved 4 out of the 5, unlucky with Lahm's penalty, but should've saved Neuer. But he did come massive with the Olic and Schweinsteiger saves.

Ashley Cole - Best left back in the world no questions asked. Absolute world class performance from him, nobody on the right could do anything against him: Robben, Muller, Ribery couldn't do squat against him. Also covered magnificently and blocked a crucial Gomez chance in the 2nd. Got a bit caught out towards the end of regulation as shown from the Muller goal. Clutch penalty as well, MOTM for me

Cahill and Luiz - Performed amazing. Luiz won every aerial battle with Gomez, had a few of WTF moments especially when he fouled someone in the box and ball ran to Gomez, but most of it was because you could clearly see him being bothered by his injuries, he couldn't run fully throughout that whole game, another great penalty from him too. Cahill, Got a foot in nearly every shot, played that covering defender well and really sweeped behind Luiz, had a couple of fantastic blocks as well.

Bosingwa - Played well, Robben and Ribery tried to interchange to try to get past him and abuse that side, and he did well, blocks a lot of crosses and did a good job with Kalou. Ruined the celebration, the trophy should've been lifted with Terry on one side of the cup and Lamps on the other.

Mikel - If not for Cole's performance, he would've gotten MOTM for me. Calm, composed, showed great feet on a few occasions and kept it simple and really protected the back four, had a couple of moments when he should've closed earlier allowing the shot from far but I'm just nitpicking here, showed great awareness when defending and strength. One in particular was when he tackled Ribery/Robben (not sure which one), slipped and got tackled got back up and got the ball back. Best performance of his career and it's amazing how far he's come.

Lampard - Did well, gave the ball away needlessly at times that led to 2 of Bayern's best chances. Other than that, him along with Mikel showed great feet when under pressure. Very composed and led by example, marvelous defensive performance from him, won nearly every tackle and even beat Robben a couple of times. Took a captain's penalty.

Mata - Quiet but performed admirably, can't blame him since he was up against Kroos and Schweinsteiger since Lamps/Mikel were far from him, tried to initiate attacks but couldn't but he did do a decent job defending when called upon.

Bertrand - Did well to help out Ashley and neutralize the Bayern right side, had a performace that was expected of him. Defends well but a bit lacking going forward, one in particular was in the 1st half, where I think it was Mata spread the ball to him to the left, Drogba in acres of space in the middle and he cose to run at Lahm. Other than that, good performance from him, and let's hope that he can learn from this.

Drogba - What can I say, an absolute legend, hit was absolutely written in the stars for him. I hope he stays because he deserves to retire with a blue shirt, but if he does leave what a send off. Couldn't do much in the first half attacking wise but his hold up play was terrific as usual. GREAT header from him for the equaliser. Boneheaded tackle for the penalty, but despite that he defended well, won every header in corners and put in a shift down that right side when Kalou came off. Had to be him for the 5th penalty, and like I said what a send off, I know Chelsea have said that they will have contract talks next week, but if he does ply his trade elsewhere, thanks for the memories Didier, best striker in our clubs history.

That said, commiseration's to Bayern, terrible finishing haunted them that whole game and it was an exciting game, we had some chances too but terrible decision making (see Bertrand for example) didn't allow to have a crack at Neuer. My heart was in my mouth the whole time. Just watched the shootout again and I am buzzing right now, what a great day for our club

Thanks for creating, I have added this thread to the directory.
Top

Magnificent year for the football club - FA Cup, FA Youth Cup and of course the Champions League. Had to fight back in almost every match in the latter two.

Never gets old, and after yesterday, I think every Chelsea fan can laugh at this

Really excited to see what players Chelsea brings in, more than any other EPL club.

Thank you triplemke23 for the sig.
Top

The only person I really want is Hazard, I guess we could use another striker especially if Torres leaves but looking at the squad there really isn't any position of need, maybe another full back for back-up purposes.
Top

LOL at Torres/Mata and David Luiz

Luiz always cracks me up.
Top

Like how the Big Man was pushed into the background in the celebrations. He did everything he can to lose this champions league for Chelsea.

SlavaMedvedenko wrote:Like how the Big Man was pushed into the background in the celebrations. He did everything he can to lose this champions league for Chelsea.

Yeah, Bosingwa made sure of that lol. Probably one of the worst moneyshots ever

Me and my buddy were extremely annoyed at Bosingwa for not letting Terry come through. I suppose since he didn't make any costly errors during the game, he had to do something to annoy the fans.
Top

I wonder if Torres will still be at the club next year. I'm still a huge fan of his and feel like he'd do terrific with a more creative midfield. Getting Hazard would be amazing.
Top

Great end to the season but I'm still not shying away from the fact the team underperformed in the league and had some good luck in the Champions League. I do expect some big changes this summer and hopefully the below will highlight these areas.

Ashley Cole - still World Class, but getting on in years. Fortunately I've been pleased with...
Ryan Bertrand - showing good potential, homegrown, key role in the future?

John Terry - Club Captain and still great, on his day
David Luiz - all the tools of a great CB and starting to show them
Gary Cahill - took time to find his feet but looking good
Sam Hutchinson - considering the knee troubles he's had, looked good in his 2 games. Homegrown.

John Obi Mikel - love him or hate him type player. I'm not a big fan but he does have some good games. Not a great tackler though.
Michael Essien - not what he used to be...
Frank Lampard - still a good leader but needs to accept lesser role as he declines
Ramires - Best central midfielder in the squad, big game player, relentless workrate
Raul Mereiles - IMO just a squad player
Oriol Romeu - looked good early on but disappeared
Josh McEachren - hasn't shown enough, yet.

Juan Mata - player of the year, great playmaker but faded a little bit towards the end
Salomon Kalou - out of contract, not popular with fans, hit or miss
Florent Malouda - declined badly, 1year left

I expect we lose:

Defence looks ok, but we do really need a long-term solution at right back who gives us some attacking options. Bosingwa may be retained if just for that.

Central midfield really needs some young legs adding to it

The flanks/creative midfield really need someone to run at defenders. Eden Hazard has been talked about and would be perfect. AML Hazard / AMR Hulk would be perfect for Chelsea.

Depending on Torres future we have been continually linked with Falcao and Cavani. I'd love either but Torres could be included in a deal for Falcao which may be the preference.
There is no consolation prize. Winning is everything.

Oriol: Would be very surprised if Barca decides to pay 5M (or was it 10M this year) for him after a mediocre season.

Kalas: He's "99% staying at Vitesse" according to him. They are playing in Europa so it should be good for him.

I would add Bamford, Feruz, Loftus-Cheek and Boga to the list of Key Youth players, but depending on how things go at RB position, I am guessing Todd Kane could make his first debut next year. I wonder what will happen to the likes of Bruma, PVA, Kakuta, Lalkovic and Clifford.

France Football reports that Drogba already told his teammates he would be leaving. Always wanted him to leave him on a high, but now that he's actually leaving, it's really sad. I wish him the best. True legend both on and off the pitch.

Just saw that on Sky Sports. We all saw this coming, but I still can't believe it's now happening. Just a Chelsea Legend, and hope he is able to get all the happiness he deserves. Can't have ended on a note any higher.
Top

Sad to see him go, you can clearly see he still has loads to offer, really wish him the best for the future and I hope that Chelsea sign him to a 1-day contract when he retires so that he retires a Blue. The best striker in out clubs history. Legend and blue through and through.

5DOM, I've been trying to find a gif like that for 2 days now, couldn't find anything. Where did you find yours? I'm leaning towards the Drogba penalty for my one.
Top

Make sure to use photobucket or imageshack.

Thanks for this. Looks great

Also had to post this. Too funny, after the FA Cup win

Return to The General Soccer Board