What an interesting concept and beautiful painting by artist Vincent Valdez. I want one!:

Vincent Valdez is the real deal, one of those people who is doing just what he was meant to and it pours out of him with every hand stroke. He creates art that stays with you for its beauty and thought-provoking confrontation of social issues.

He has two websites, an older one that archives his art:

and a current one:

Valdez grew up in San Antonio and demonstrated talent for drawing at an early age. As a young muralist, he began exploring imagery that pertained to social/political statements. Vincent received a full scholarship to The Rhode Island School of Design where he earned his BFA in 2000. In 2004 at age 26, Stations, Valdezâs suite of monumental charcoal drawings, was shown at the McNay Museum in Texas. He was the youngest artist to have a solo exhibition at the McNay. Exhibition venues include: The Los Angeles County Musuem of Art, The Snite Musuem of Art, The Frye Museum, The Mexican Museum of National Art ,Chicago, The Parsons Museum in Paris, The El Paso Museum of Art, OSDE Buenos Aires, The Laguna Art Museum and others.

A recipient of the Skowhegan School of Painting â05 and The Vermont Studio Center â11, Valdez lives and works in Firestation #15, his restored 1928 Firestation in San Antonio, TX.

Vincent Valdez is most recognized for his monumental portrayal of the contemporary figure. His drawn and painted subjects remark on a universal struggle within various socio-political arenas and eras. âMy aim is to incite public remembrance and to impede distorted realities that I witness, like the social amnesia that surrounds me,â states Valdez.

Exhibitions and collections include Ford Foundation, New York, NY; Los Angeles County Museum of Art, Los Angeles, CA; Blanton Museum of Art, Austin, TX; Museum of Fine Arts, Houston; Smithsonian Museum of American Art and National Portrait Gallery, Washington, DC; among others.Valdez was born in 1977 in San Antonio, TX. He received a full scholarship to the Rhode Island School of Design, earning his BFA in 2000. A recipient of the Joan Mitchell Foundation Grant for Painters and Sculptors (2016), as well as residencies at the Skowhegan School of Painting (2005), the Vermont Studio Center (2011) and the Kunstlerhaus Bethania Berlin Residency (2014) and Joan Mitchell Center (2018), Valdez currently lives and works in Houston.

Do yourself a favour and check out his other works of art.

EDIT TO ADD: This Manu print, signed by Manu and Vincent Valdez, is now available for purchase with proceeds going to SBGB:
https://www.nba.com/spurs/manu-print

I work digitally, meaning that I draw into the computer using a digital pen and tablet. I find this process gives me more flexibility during the creation process and still allows me to achieve the hand generated look of a piece created with a range of traditional tools.

Artist tributes on the eve of Manu's night: 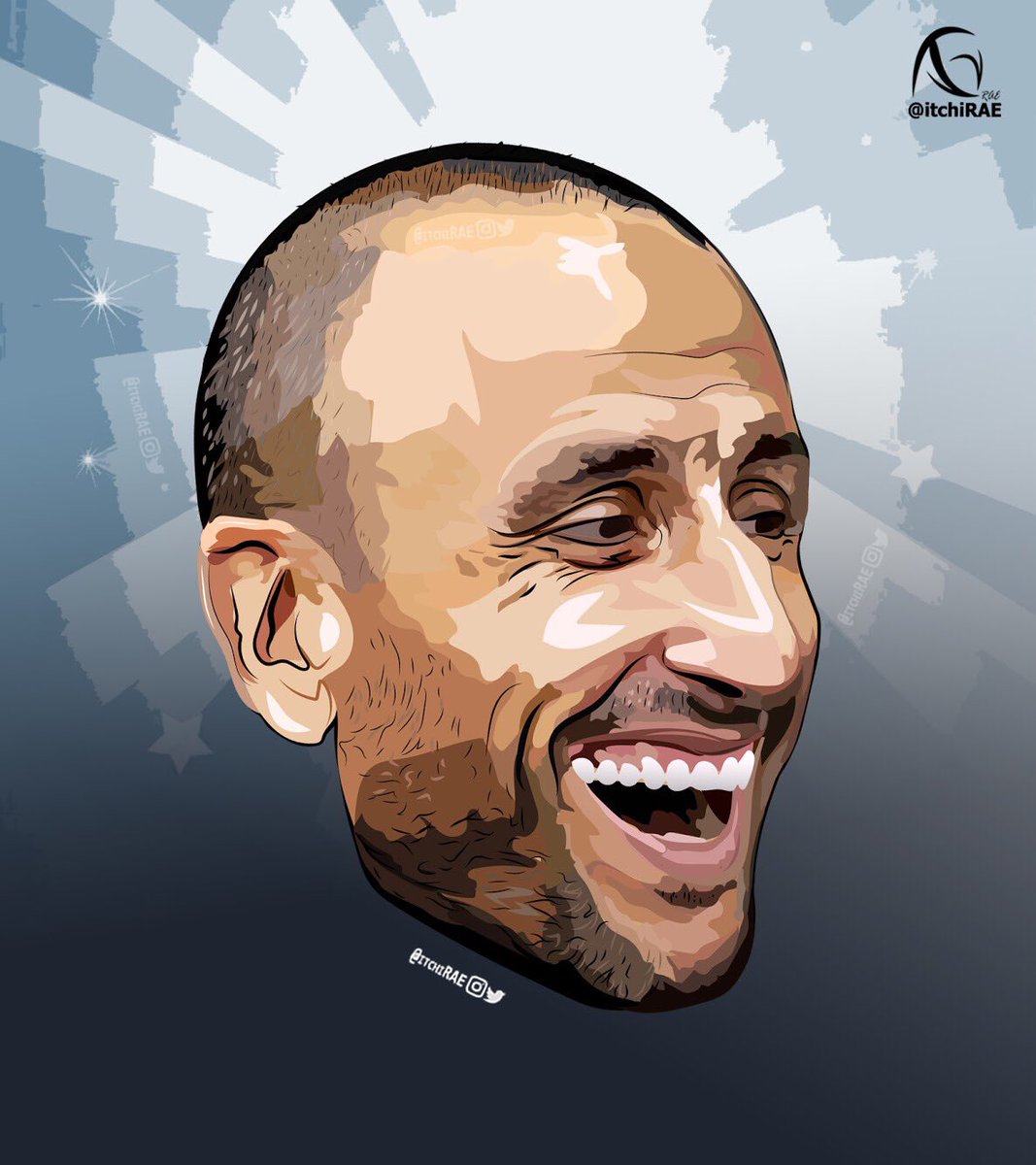 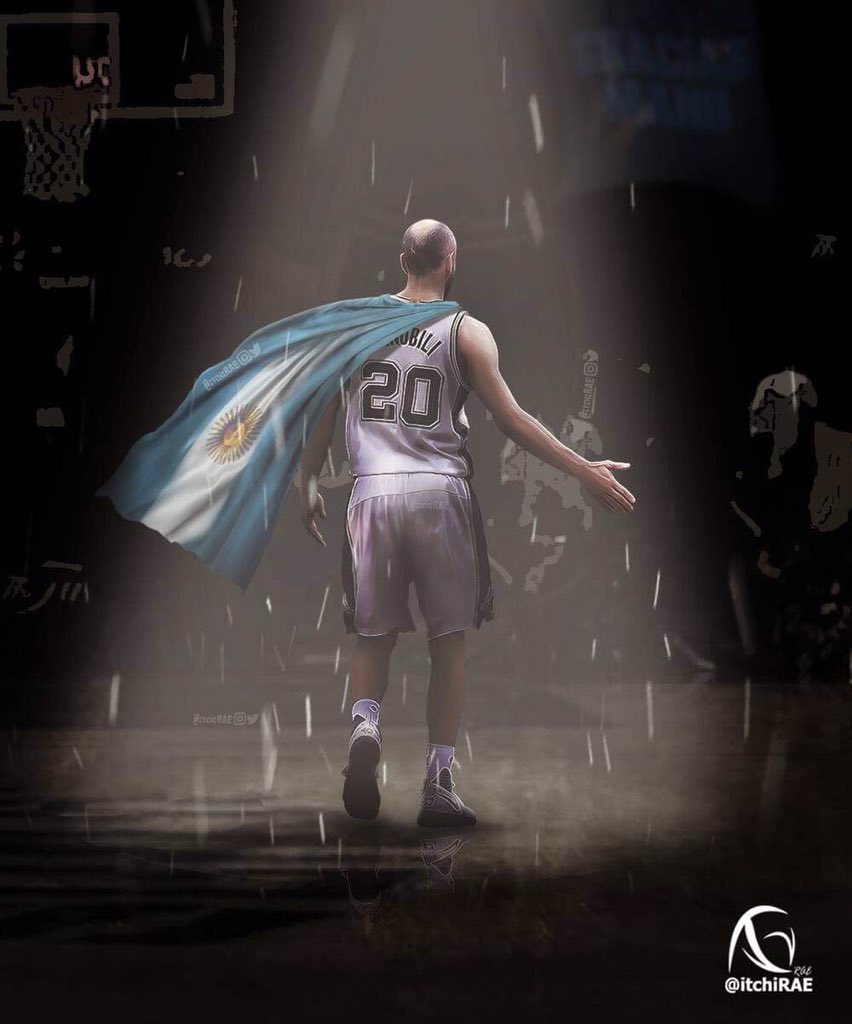 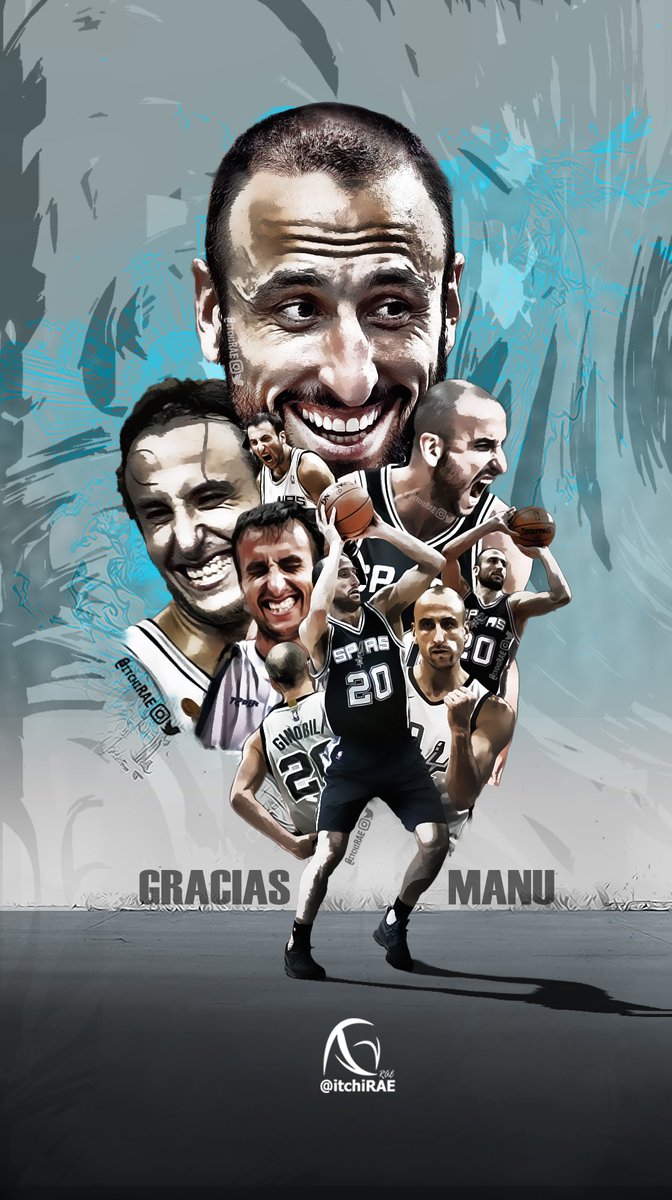 These are by Ricardo Acosta E.

Derrick is now part of a distinguished group of Spurs to be honoured with a Nik Soupe mural:

That didnât take long. Spurs second-year guard Derrick White has only been a part of the main rotation for 58 games, and heâs already earned himself a mural at Rudyâs Seafood in South San Antonio. 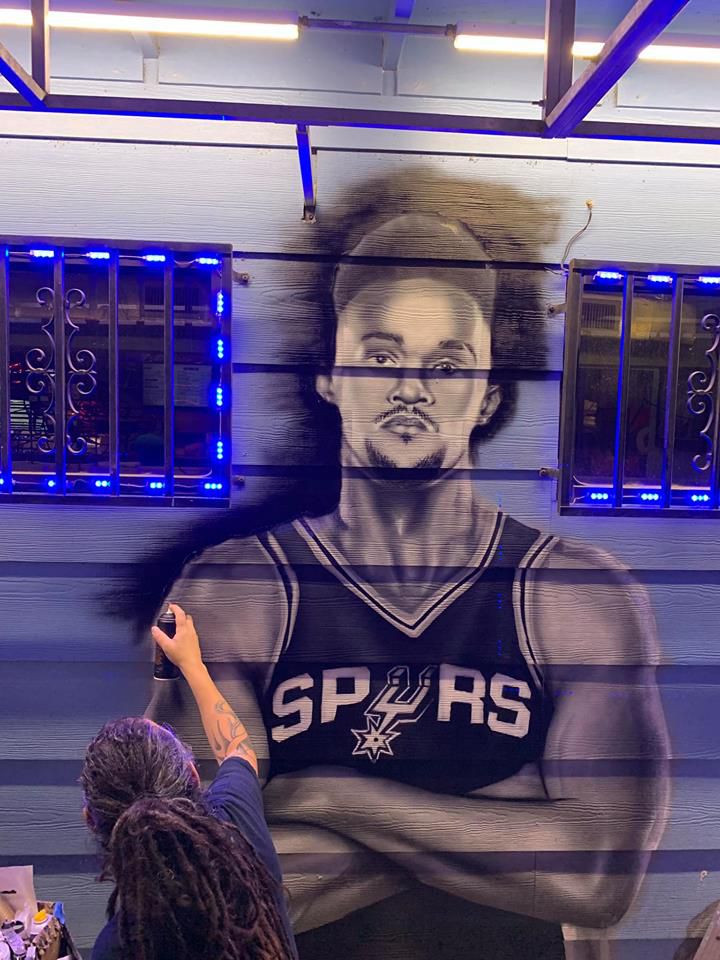 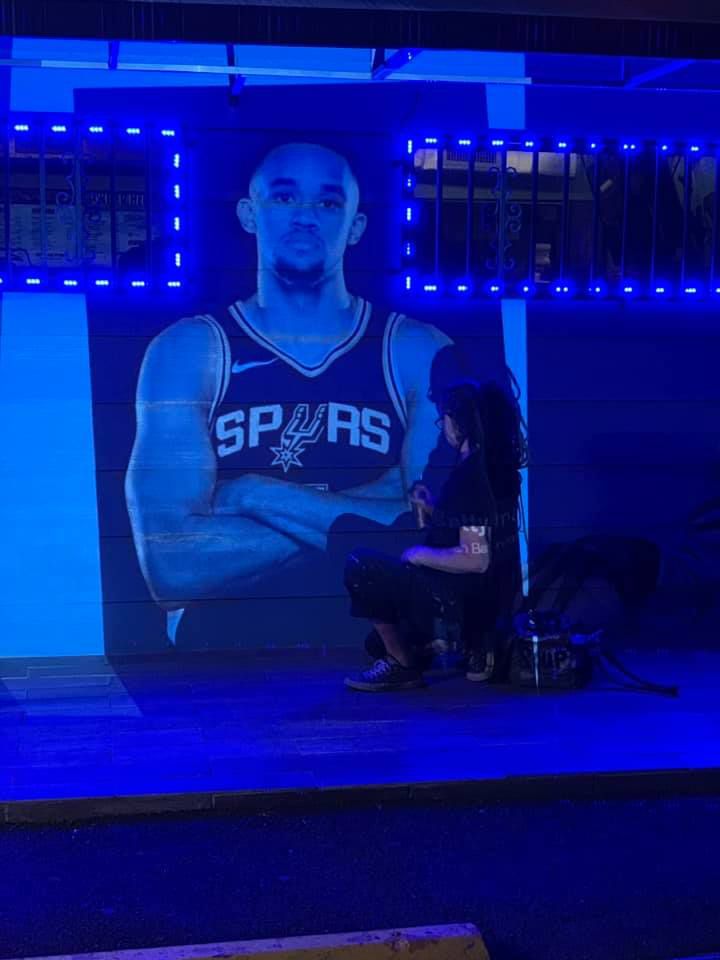 Fiesta colours are back! Alas it's only in fan initiatives, but maybe the more people keep clamoring for them, the more likely that the Spurs will finally release a new set. I choose to believe that official Spurs twitter retweeting these is a good sign:
Read on Twitter 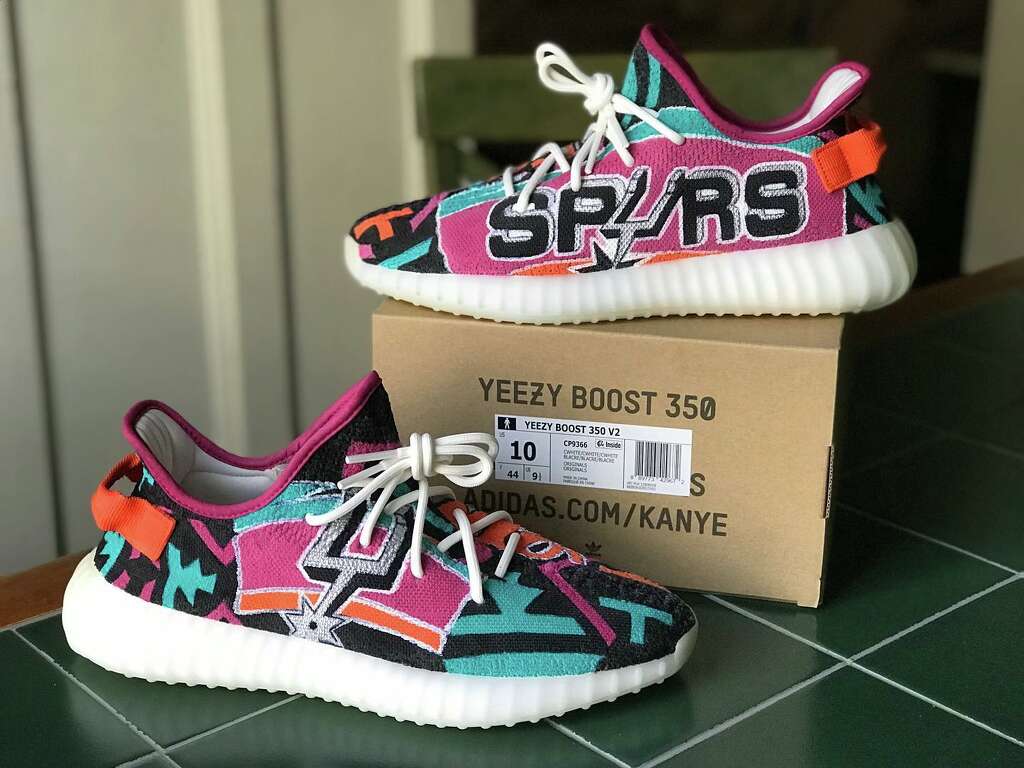 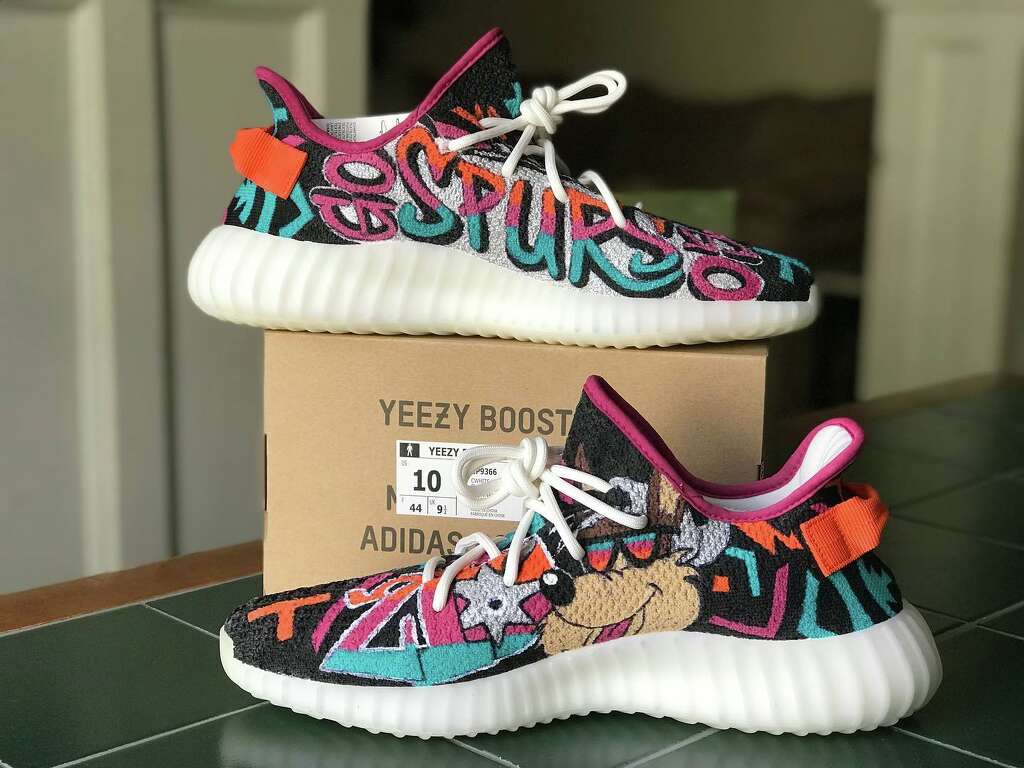 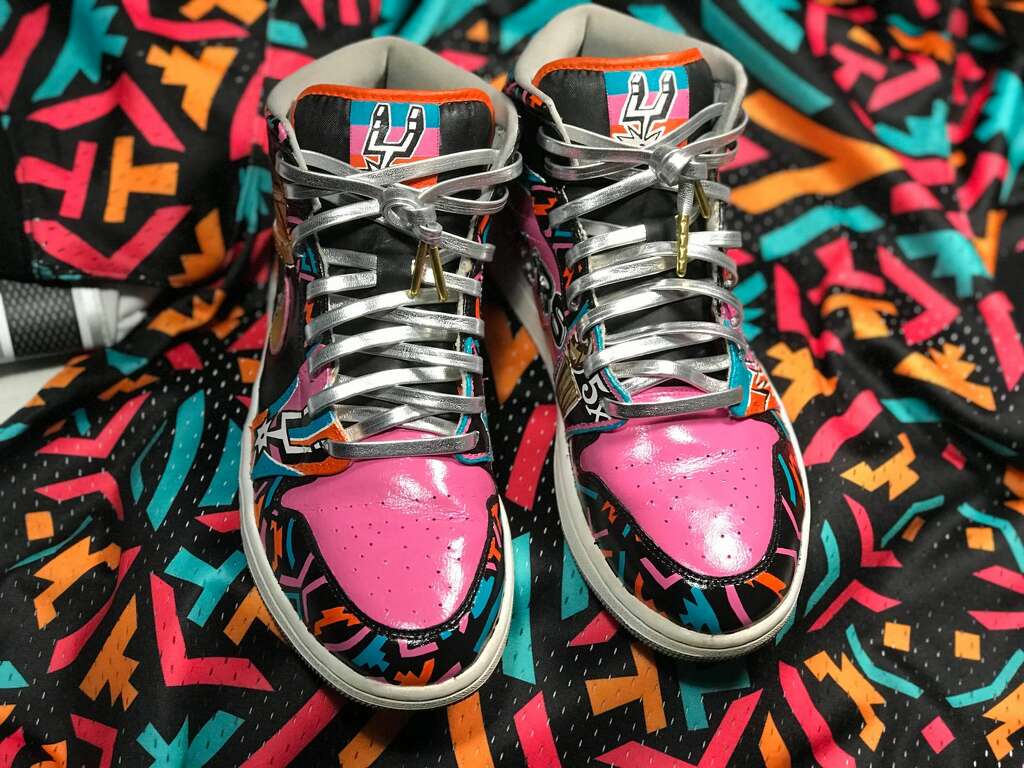 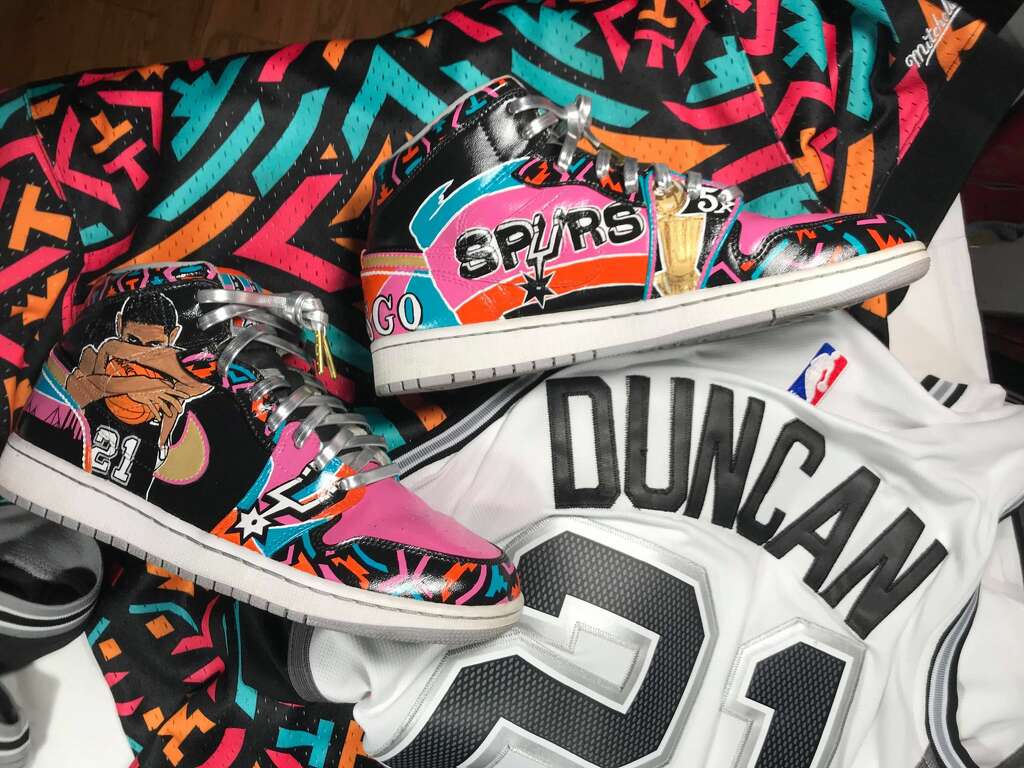 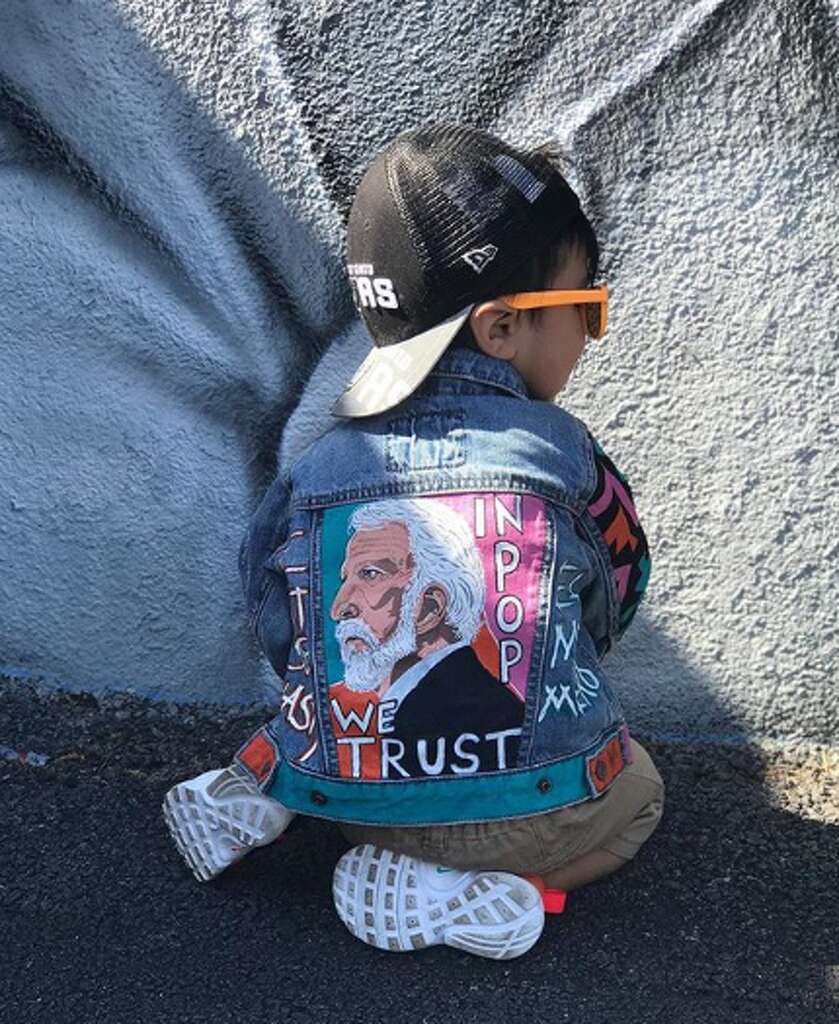 San Antonio artist Dima Martinez has been customizing sneakers, jean jackets and other items with city-inspired pride. His collection includes designs honoring the Spurs, Selena and other local favorites.

Spurs-inspired kicks designed by a San Antonio artist are getting attention from fans and members of the team alike.

Dimas Martinez painted the pair of Adidas Yeezy Boost 350s with a retro Spurs colorway theme that is getting attention throughout Spurs Nation. The lifelong basketball fan and player donated the shoes to a basketball skills camp at San Antonio Christian School over the weekend featuring Bryn Forbes. The sneakers were won by one of the young campers.

Martinez said Forbes liked the shoes, but he's not only one Spur paying attention.

Recently signed DeMarre Carroll is too. The Spur replied to a Twitter signal boost of Martinez's work, asking his friends to pass along the artist's contact information.

Martinez said aside from the Spur, about 60 people have reached out to him since Saturday, interested in commissioning him for custom designs.

Martinez said he's been working on custom works for about a year, but things have been picking up lately. He has also started using clothing for his artwork. He has taken his paintbrush and love for the Spurs to jean jackets for his family members. Those interested in adding custom Spurs gear to their wardrobes before the season starts can contact Martinez via email at dimasanthonymartinez@yahoo.com.

Artist Nik SoupÃ¨ (one half of Los Otros Murals) is bestowing his time and talent to three more Spurs whose images will grace the wall space at Rudy's Seafood.

And Lonnie (the beginnings...):

Isaac Garcia has finished another Spur sketch, this one of Dejounte. Looks beautiful:
Read on Twitter

This was during Patty's trip to Australia for the national team and to do some much needed work for Indigenous communities (more on this elsewhere) this summer:
Read on Twitter

Many thanks to the great @balapat and @underarmourau for the opportunity to meet #pattymills and getting him to sign my piece! Much appreciated and thanks to everyone for the well wishes! Thanks UA for taking the pics and video footage!

Getting those Fiesta colours wherever we can:
Read on Twitter 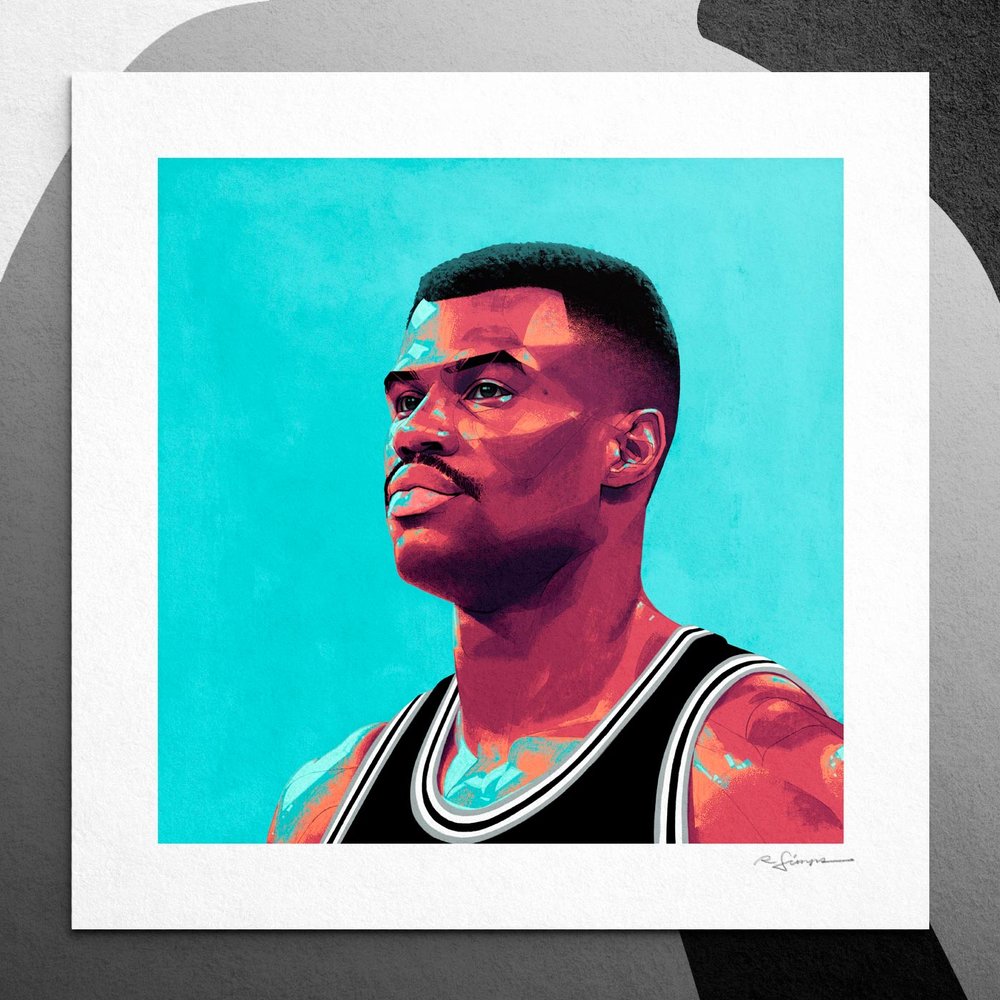 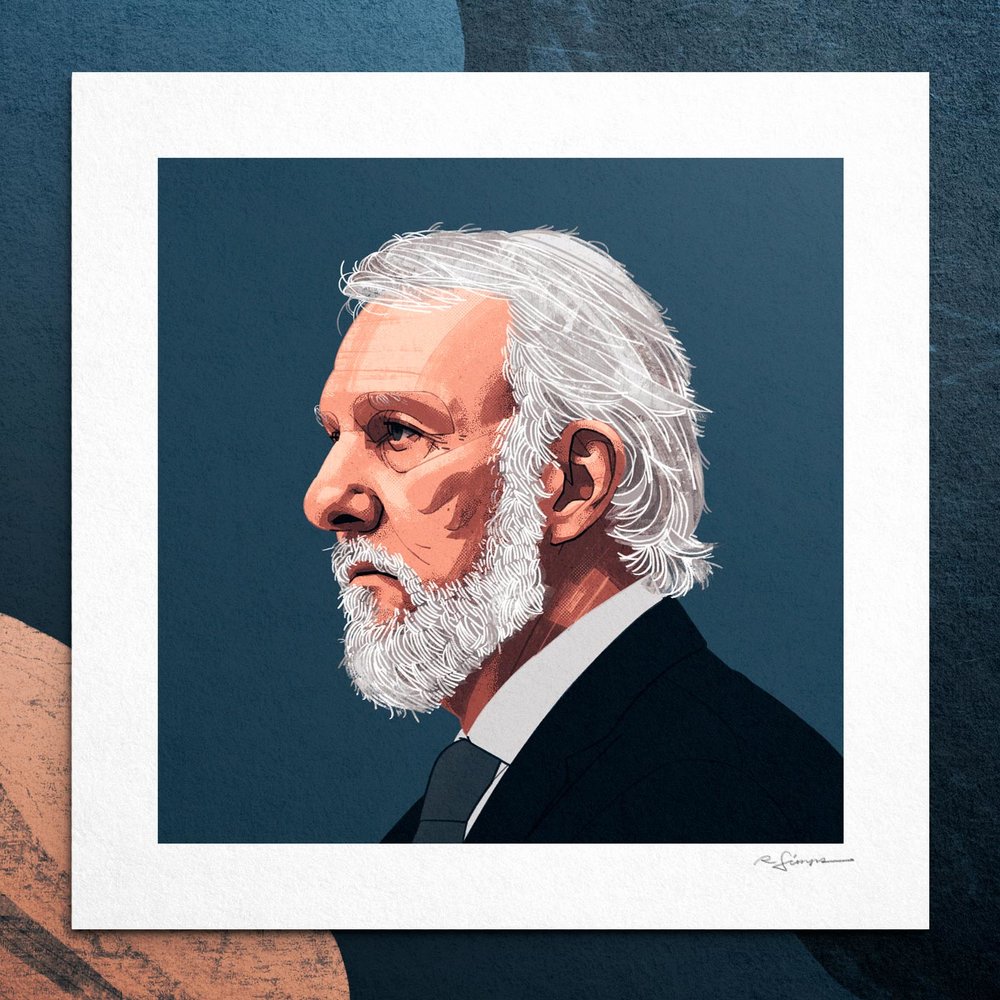 I love the collaborations between Los Otros Murals and the Spurs. This latest one shows their set design for the upcoming season and in broader strokes celebrates Hispanic Heritage Month and the important role street art plays in it:
Read on Twitter

Artist Brian Ellingboe has some creations of Spurs legends, current Spurs, and the up and coming Spurs:


Check out his work on various social media platforms:

https://www.brianellingboe.com/ - where prints, apparel, and stickers are available