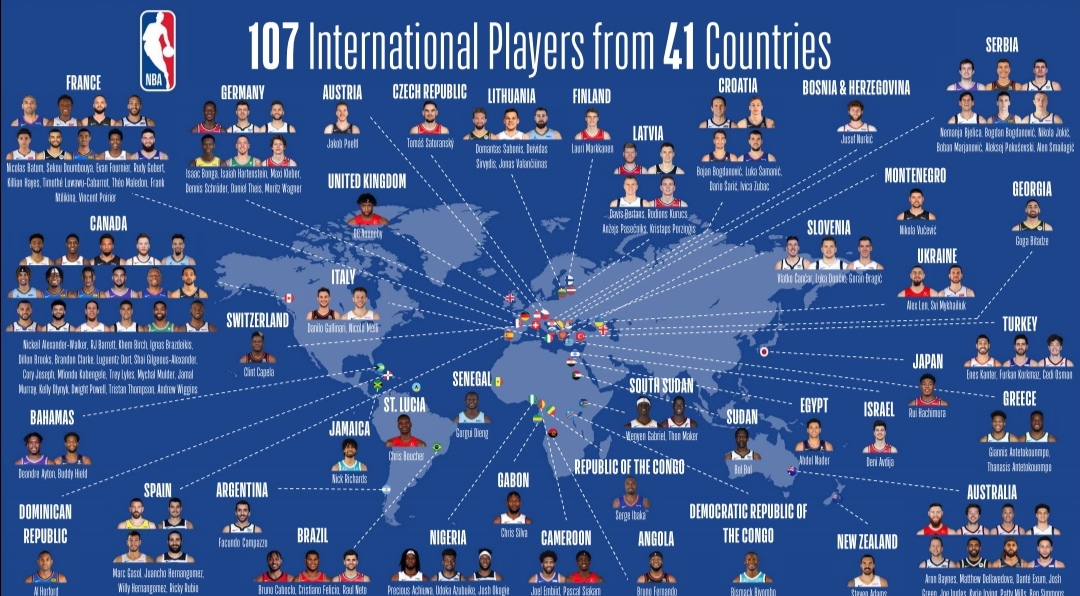 - As part of the NBA.com 2020-2021 GM Survey, Antetokounmpo and DonÄiÄ were voted the No. 1 and No. 2 players most likely to win 2020-21 Kia NBA Most Valuable Player (32% and 21% of votes, respectively), and tied for the No. 1 player with whom general managers would most want to start a franchise (43% of votes each). For the second straight season, JokiÄ was voted the best center in the NBA (50% of votes).

- For the seventh consecutive year, Canada (17 players) is the most-represented country outside of the U.S., followed by France (nine players), Australia (eight players), Serbia, and Germany (six players each).

Here is how much money is each country making in the NBA this season: