Your favorite offseason debate is back by popular demand!
Thanks to everyone who voted last go around Im excited to see where the 2nd annual edition ends up.

Here's the Rules:
-Vote ONE player per poll. You'll be able to change your vote just like last year for those indecisive folks.
-The criteria of ranking the players is YOUR OWN. The whole point of bringing this to the GB is to attract the widest amount of votes/perspectives on the game as possible to form a true consensus. Some people value shooting over defense, team success over indivdual prowess etc. I want to bake all that in to this poll set no matter how chaotic.
-Each poll a player will win and then be taken out of the field. There will be 25 polls in all.
-There are only 10 possible poll options so I will start with the 10 guys who I personally believe will round out the top 10 in most people's eyes.
-As each poll commences I ask you to COMMENT IN THE THREAD your vote for who should be added in the next poll. There will be a large list of players yet to be added to the field below that you can look over to make your vote. I will tally up the votes in the comments at the end of each poll and add the winner accordingly. For example, if you want Marc Gasol added in the next poll just comment "Marc Gasol" or "Gasol".
-If a poll is overwhelmingly skewed towards one guy I will try, time willing, to edit it early and move on to the next one.
-If there is a tie in the poll. There will be a run-off poll created with just the tying parties to determine a winner. The losers of the runoff will then be added back into the field of 10 for the next poll.
-Feel free to ask any questions via pm or comment
-Feel Free to comment on your reasoning for a pick and why

THANKS AGAIN TO EVERYONE FOR PARTICIPATING!!!!

Embiid and I'd bet he takes the step next year to crack the top 3 (if healthy).
Top

Please add Bradley Beal to the next poll.
Top

I had planned on voting for Jokic, but a closer look puts Embiid on top for me. His defense is just too good.

Nominate: Kemba
At the end of the day, it's not about wins and losses. Teamwork, fair play, and good sportsmanship make champions of us all.
Top 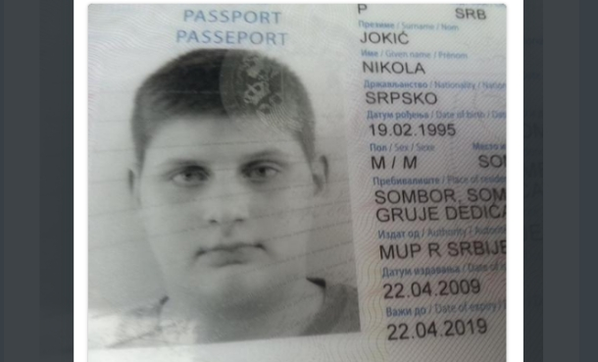 gh123 wrote:Zion lucky if he gets 18 ppg on decent efficiency. Midget big man is a no-career in NBA. Chuck being the only wonder. Zion is the next Tractor Trailer at best.

I'm going with Jokic. He's better offensively than Embiid. Better passer, better shooter, just as good scoring inside. Not the rim protector but still a solid defender and he averages 77 games a season which is by far his most impressive stat.
Bob Meyers, June 7, 2018: "âItâs not in my job description to please NBA fans. Itâs to win, end of story. I donât need to be entertained, I just need to win. Thatâs all it is. Thatâs all I was hired to do. Win.â
Top

Embiid and towns
I can hawk a loogie eight feet in the air and catch it with my tongue.
Top

Lillard is better than both Irving and Russ - How are those two even getting votes?

I voted Jokic because I feel like voting KD for the last few was a waste...
Top

Jokic here
But now Iâve convinced myself to unsee Durant in the poll. Anywhere outside top 5 for a Healthy Durant is unreal, even coming back from injury. If not top5 , we should assume heâs injured and therefore not eligible.

Seems like itâs between Jokic, Embiid, and George. George was maybe slightly better last season, but he was much worse the previous years, heâs the oldest by far, and heâs coming off a major injury. Heâs out.

Jokic and Embiid have played at a very similar level. Maybe a tiny edge to Embiid at full strength, although itâs so close I still canât be sure. But while Embiid has played in 31, 63, and 64 games, Jokic has played 80, 73, 75, and 80. Seems like a pretty sizable edge for the Joker. Heâs my vote.

Embiid and Jokic are good but they aren't that good.

Wheelchair Basketball and Basketball are not the same sports. So what is Kevin Durant doing in Poll about TOP25 best 2019-20 BASKETBALL players?

Last season I complained about centers status in this poll, there is no single center in TOP10. But Jokic and Embiid last season was too good for the same mistake this season, I see them both into TOP8 this time, and I expect this season from K.A.Towns breakthrough to be true TOP15 player, not just by raw stat numbers.