What Happened to the '11 Lakers?

Lockdown504090 wrote:The mass were incredibly hot against LA and Kidd did an amazing job on Kobe. If the lakers won that series, I think they would have won the title.

Rick carslie coached circles around the lakers as well

Zero chance they win the title. They wouldn't even gotten out of the West. That team was running on fumes and were sleep walking even after the sweep. The Mav's beat a team that was already mentally out of it. After 3 grueling finals, they were done.

See what I mean about excuses. The only reasons the mavs won was that the Lakers had mentally checked out......nothing to do with the Mavs talent, size, shooting and depth.


Going into the 2011 playoffs the Lakers were the favorite to win the NBA title and just ran into a team that had the size and shooting to match up with them.

No one (myself included) thought the Mavs had any shot against the Lakers.

The Lakers should have won Game 1, and Game 3 against the Mavs. The Mavs stole both of those games at the very end with supreme clutch play. The Lakers gave up in Game 4.
That series really should have been a 6 or 7 game series.


From 2008-2011 No one in the Western Conference had the size to bang with Gasol, Odom, Bynum and Ron Artest.

The Mavs had three 7 Ft players....one of which could shoot from any spot on the court.
Gasol having to guard Dirk 15-20 ft from the basket meant that he couldn't just camp under the rim and grab rebounds.

The spacing (AKA as Gravity) that Dirk brings is what opened all these huge lanes to the basket for JJ Barea. It was a pick your poison. Either get killed by the pick and roll, or leave elite shooters open from three point land.
Top

That was the beginning of the end for Kobe. The year after they had a better squad and played even worse regardless of what his stats were.
Top

The combination of an older team being fatigued from 3 straight Finals runs and an underrated Mavs team peaking at the right time. TBH, even a fresh Laker team would have had their hands full with that Mavs team. They went on an incredible hot streak that whole playoffs.

The Mavs were incredible and deserved it. Dirk needed redemption against the Heat after 2006 collapse and then losing to the 2007 MVP season where the #1 seed Mavs #8 seed BDiddy Warriors and Dirk had to accept his MVP after getting eliminated from the playoffs. Those hardships helped Dirk grow tougher as a player. Which lead to his greatest play-offs in 2011

2006 was the only year a team got by the Lakers or Spurs to make the Finals in the millennium up to that point.

Gasol had significant depression after a death in the family and his fiancÃ© did him wrong. Kobe had a significant knee injury. Not even sure how he got that clutch dunk vs NOLA the series before. He looked heavy all spring. No real lift.

LO had his 6th man of the year season as was playing well. But he was not capable of stepping into a leadership role that we needed to in the play-offs with Kobe banged up and Gasol going through an existential crisis.

And for that reason Gasol and LO were traded for CP3. It wasn't just that we lost. It was that Gasol lost all his confidence during hardship and LO wasn't capable of doing the Worthy thing when his other stars needed to rely on him.

he FORCED phil to raise bynums minutes and make him second option, relegating Pau to third option and play furhter from the post, this also forced odom more into the bench less minutes, much less touches.

in general much less odom at the 4 and pau at the 5 and insted forcing stupid baby bet personally drafted by stupid jim buss into it, when he had been A DAMMNED AFTERTOUGH in the RING YEARS. THis DEstroyed the team dinamic and the team chemistry.

to make it wrose stupid jim buss REFUSED to change the Cp3 offer, if he had subbed Pau for Bynum ( younger player) wheb Stern cam up with " basketbal reasons" league WOULD have accepted that second offer.

Paul, Kobe, Pau woudl have been good for another 2 rings.


JIm buss and hhis mancrush on his draftee bynum.

destroyed the lakers ( he also refused to try to get Bosh from the raps or Melo from the nuggets because he wouldnt part with his stupid pet). 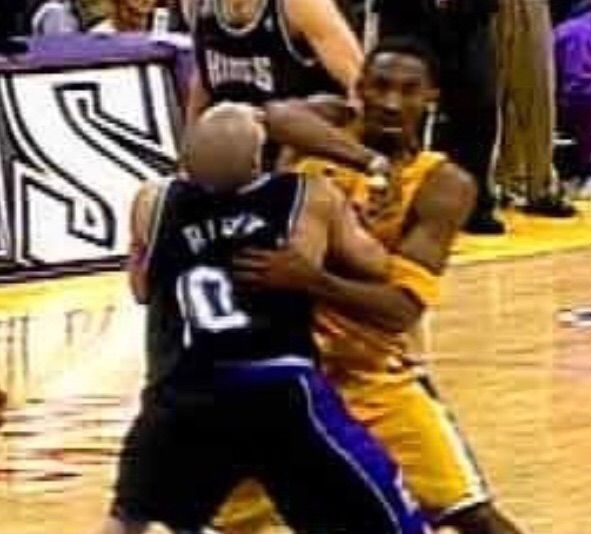 Kobe was low key the dirtiest player and I freaking loved it. We need more of that..
Top

What is it about dirty play that we "need"?
Black Lives Matter
Top

Yeah they were clearly worn out and lacking mental prowess. That game 4 where they were swept was a perfect microcosm of the series as a whole
Top

Inevitably, a champion just runs out of gas and can't flip the switch anymore. Off the top of my head, the most glaring examples are the Pistons in the 1991 ECF and the Heat in the 2014 Finals. I remember being much less effective those playoffs. They traded for Ramon Sessions during the year, who could make some plays off the dribble but pretty much refused to shoot threes.
Top

What is it about dirty play that we "need"?

I like the physical, confrontation, hard nosed style of play. You entitled to prefer whatever style of competition you like
Top

The mavs were better.
Top

What is it about dirty play that we "need"?

I like the physical, confrontation, hard nosed style of play. You entitled to prefer whatever style of competition you like

Liam_Gallagher wrote:They were coming off of 2 championships and even had a better roster in '11 then the previous 2 seasons. They were really healthy all season - only Bynum and Barnes missed time while most of their top players played all 82 games.

That's one of the best rotations we've seen in a long time with really no weaknesses yet they got swept by the Mavs. What gives?

A great question. Key things I'd point out:

1. Every game was close until the last one. These were competitive games that could have gone either way and so to some degree we're just seeing how luck affects even a 7 game series. And the last one just showed the Lakers falling apart which is what they frankly always did in the Shaq-Kobe era when a cause seemed lost. They'd have been ripped like crazy for it if they didn't win the titles they did, but as is they get pass. The fact remains, the Lakers were sweep prone from the time they got Shaq and this says something about them.

2. Dallas kept outperforming the Lakers in crunch time, and that's what Dallas was doing all year to everybody. They had very clear approach that they could execute in basically all situations, and it worked quite well. More should be made of the fact that this was Dirk "the ultimate choker" Nowitzki leading a team with more clutch capacity than Kobe "the ultimate clutch guy" Bryant eve led. I say that not to ignore the embarrassing performance of Dirk in the '07 playoffs, but to just recognize that it was literally the same guy leading a team to vastly different clutch results. A world of difference subtle tweaks can make.

homecourtloss wrote:Only good thing about quarantine Is that Dr. MJ is posting again.

Tryin' to avoid the strident debates. I'd rather just help others understand.
Top

One of the most improbable sweep in NBA history.
Top

Dirk is not Overrated. They played as you have to play to become a Champion, you have to play as if on a Mission. No division, totally unified and focused to fight. The Mavericks had been closeby, wannabes, stepchild, almost winners for a while up till then. By that time, they were in full fight to finally break through. That series, we didn't have a chance. At every turn, with every adjustment, all substitutions, JAX yelling, kobe yelling, nothing. We had zero answer. That's the truth. The Mavericks Intensity was so high, it didn't matter what adjustment we had, they were going to overcome and break through. And sure enough, they did. Champions 2011
Home of the 16 Time World Champions
Top

Ever wonder where the 2011 teams should rank against those of the recent past?

Then help me figure that out in this thread

This is what people forget when they destroy Lebron for the 11' Finals. That Mavs team was actually good, and they were on fire in that particular run.
Top

Lakers' team was out of gas/unmotivated and hasn't won a playoff series since.
Top

VanWest82 wrote:Not that itâs the only reason but Kobe wasnât quite the same guy by the end of 2011. That was the year he had to stop practicing between games and was getting injections in his knees just so he could play. He flew out to Germany as soon as they lost to start receiving PRP injections.

Statistically he held it together for most of the year but it looked like he was starting to slip in the moment.

Yeah, that year, Kobe averaged his fewest minutes per game since his 2nd season in the league. His knees were definitely starting to give out. That explains the skipped practices and lowered minutes.
Brian Geltzeiler: You see Mark Jackson getting a head coaching job as early as next year?

Adrian Wojnarowski: Not if people make calls on him. Not if an organization is doing their homework and knows all the things he brings with him.
Top

elchengue20 wrote:This is what people forget when they destroy Lebron for the 11' Finals. That Mavs team was actually good, and they were on fire in that particular run.

They didn't destroy them so much as they wore them out.

Remember, the Heat were up 2-1 in the series. In Game 4, they were up double digits mid-way through the 4th Q and it looked like they were going to take a 3-1 lead. But the Mavs rallied from that to even the series. Dirk was brilliant that game.

That year's version of the Heat was mainly a defensive team. Spoelstra said they didn't practice much on offense (and blames himself for that). They were reliant on forcing opponents into turnovers. The Mavs kept passing the ball around and making the Heat chase the ball and it wore them out. That's when the Mavs took over and pretty much won the next 2 games going away.
Brian Geltzeiler: You see Mark Jackson getting a head coaching job as early as next year?

Adrian Wojnarowski: Not if people make calls on him. Not if an organization is doing their homework and knows all the things he brings with him.
Top
Post Reply
74 posts