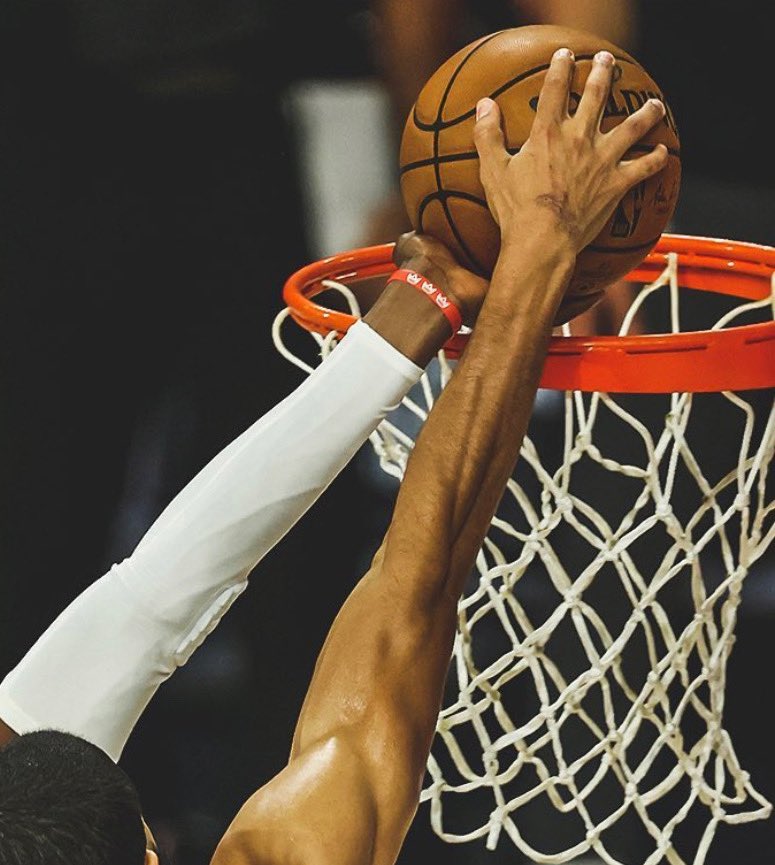 TwoStarz wrote:People in here talking about Bam as if hes some world beater scorer... or if hes Jokics, Towns, AD, Embiid, ETC.

He is a nice piece, a jack of all trades but he certainly not an elite scorer and certainly not capable of averaging freaking 20ppg for a series let alone 30.

Not a fan of either teams but its clear that Celtics have the more overall talent. Those heat white boys are going to get wrekt on the perimeter by the likes of Tatum, Brown, Smart, Kemba and Hayward. This isn't the bucks trouting out the likes of wesley matthews, george hill, eric bledsoe...and whatever else they have on their wing. Oh, how could I forget, they also have the ever so overrated Khris Middleton. Bucks just didn't have the personnel to attack the mediocre heat defender, and when Middelton was able to force switches in G4, he ate those boys alive.

Also, LOL at daniel theis being a dollar store Chris Anderson. Dudes better player than Anderson ever was and Heat fans are in for a rude awakening if they think Bam is going to dominate this matchup. He is absolutely not.

Lastly, while Jimmy Buckets is a nice player and all... he had 2 big scoring games against the bucks and then 3 very average to below average games for an all star player. Tatum is clearly and easily the better player and we'll all see soon.


Good luck to both teams, they only playing to see who gets massacred by the Lakers in the finals.

Dude, you are seriously talking like Bam who just turned 23, barely played any minutes his first two years in the league, and is now an all star after playing his first full season in the starting line up as if he has already hit his ceiling. No, he isn't going to carry the team on hia back offensively this series, but he doesn't need to.

He was one of the only guys all season who could contain Giannis 1on1 at all, but you don't see his high value? Dude averaged over 5 assists per game as a big man, 16 points a game which is nothing to sneeze at while playing world beating defense. And you're saying people are over hyping him..

Also, where was the Heat getting torched from the perimeter by the Celtics this game? (After going 1/10 or 11 in the 3rd quarter.) The Heat shot the 3 ball at a higher clip thaln the Celtics did overall in FG%. Where was the supposedly "elite" perimeter defense we were all told about?
Heat played better defense this game.

phraoh wrote:Not sure why all the love for Heat...doubt they get past the first round...this is 2016 not 2006. .. I think Heat are either playing the Hawks or Celtics in the first round, a good chance without home court, and I doubt they beat either of those teams.

Still so charged up from that ending. Respect to the Celtics. What a game.
BLACK LIVES MATTER

Series is living up to its billing. Great game. Both teams put out. A real pleasure. I'm proud of the Heat win, but Miami did not play well until the very end (exc a few minutes in the second quarter.) As much as I enjoy overtime wins, I'd rather see the team be better earlier.
#BlackLivesMatter

That is truly sexy af though.
#BlackLivesMatter

So, Celtics with the gentleman's sweep?
#HEATLifer

Tatum is only 19 guys give him some slack sheesh
Top

Enso wrote:Tatum is only 19 guys give him some slack sheesh

Jaylen is even younger at 18.

Sent from my Pixel 3 using Tapatalk

nah got em in 6. Butler will get at least one game where he gets an absurd number of foul shots

Enso wrote:Tatum is only 19 guys give him some slack sheesh

It was his bday and he turned 19 yesterday IIRC.

Oh wait nvm that was Butler.
Jayson "he's only 19

jdm_dc_fan wrote:Havenât seen much people mention that the bucks defense dropped right before the bubble back in March and continued to in the bubble up until they got knocked out. Bucks defensive scheme is to drop on D and allow the other team to take the 3 over any other shot. Not sure why in the regular season it works and in the playoffs it doesnât. But thatâs what they purposely do. Combine that with Miamiâs spot up shooters; itâs a recipe for disaster. Say bucks and GSW met at the finals, I legitimately think bucks would lose in 4 because of buds stubbornness to adjust even game to game and warriors snipers.

Hereâs the bad news for Heat though. Boston also has a top 4 defense in the regular season and #1 defense in the bubble prioritizes defending the 3 and they do it very very good. Miamiâs 3 point percentage in the playoffs is very good and the bucks have a lot to do with it. Butler is shooting out of his mind and heâs not a 3 point shooter. Power of averages is a big factor and butler is defying it with some help from the first two rounds.

My prediction is that Miami is going to have a reality check on the defensive end tonight. Boston plays the defensive end way better and itâs gonna come down to grinding out offenses which in my opinion is how Boston plans to separate themselves from Miami. Itâs tough to beat a team both in top 5 offensive and defensive rating and top 2 net rating without a clear cut superstar. Butler isnât that guy an neither is Tatum. But Boston is more equipped to win this series of the two.

Itâs almost like both these teams were built to play each other and Miami is the worst version of the two.

I know you have 1200$ on the line, so you're obviously a bit biased, but after tonight's game, are you a bit more nervous about the Celtics' chances of pulling out this series? I think you underestimated the Heat's clutchness in this post which they've displayed all season, not to mention defensively. If you consistently deliver in the clutch all season long, that can be a serious difference maker in the playoffs, which it has been for the Heat.

You definitely could see that the Celtics defense stifled the Heat all game, but the same could be said for the Heat's defense on the Celtics which I think was one of the most underrated factors regarding the Heat. In crunch moments, the Heat step it up on defense better than any team I've ever watched and the playoffs is really one long crunch time moments.

phraoh wrote:Not sure why all the love for Heat...doubt they get past the first round...this is 2016 not 2006. .. I think Heat are either playing the Hawks or Celtics in the first round, a good chance without home court, and I doubt they beat either of those teams.

Honestly was a stressful game lol this is gonna be a grind of a series.
Top

WHITE_HOT_HEAT wrote:**** marcus fart and his flops. Had to win twice.

I'm kind of shocked the refs didn't call a foul on that Bam block. Not because it was one, but that's just what the refs have been doing in the playoffs...making horrible calls down the stretch to decide games.
Formerly BG44, MB30 and Wade County at BasketballForum.com
Top

If all of the games are as good as that for the rest of the series, Iâll be happy win or lose.
Top
Locked
1970 posts