What a wall, my goodness. He couldn't be stopped
https://ballamazingly.com/
Top

What a wall, my goodness. He couldn't be stopped

Watching these Yao clips reminds me of when a 6-foot-7 former college player balls at LA Fitness with a bunch of average joes... he just towers everyone by so much.
Top

This mixtape shows the highlights of three strongest players in NBA history - Wilt Chamberlain, Artis Gilmore and Shaquille O'Neal. It also contains some quotes and anectodes about all of them - the amount of them proves that these three are beyond anyone else in this aspect.

I also used old picture made by WCA of Wilt and Shaq scaled image - I added Artis Gilmore with his physical measurements: 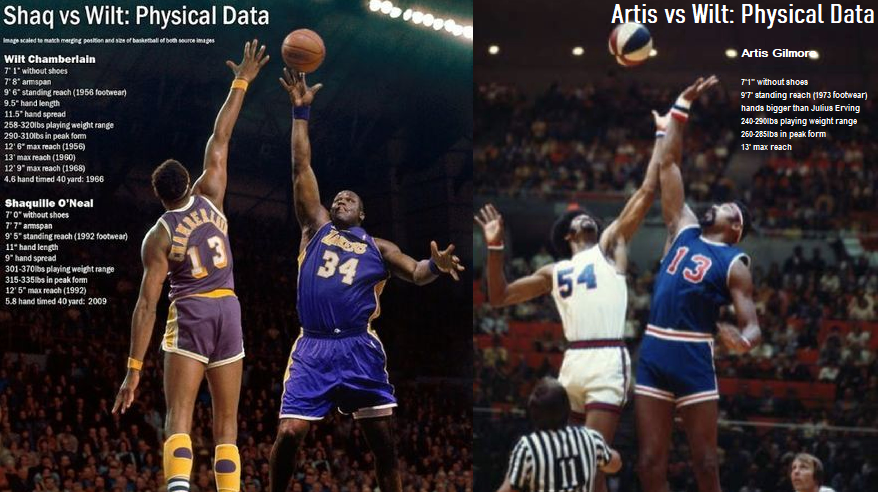 Hope you guys enjoy this:

That version of Chris Paul was pretty spectacular to watch:

Second episode of the series, this time highlighting the performance of a guy beloved in this forum (and by myself, btw).

Kevin Garnett displaying his offensive and defensive skills against Sacramento in 2004.

Larry Legend and Herman Munster kicking ass during the 1986 Finals:

I feel this performance by Magic doesn't get talked that much (at least not as much as others), but he was great and he pulled a pretty impressive upset (the Blazers were heavy favourites at that time). It's true that his raw FG % was not as efficient as other times, but the Lakers played at a considerably slower pace and he got to the free throw line a lot. And let's also not forget that genius sequence at the end of Game 6 to seal the series.

Anyway, hope you enjoy this as always.

Peak Duncan dethroning the Lakers. I wish we talked even more about how amazing of a player this version of himself was.

Does anybody have any full prime Bill Russell games (1962-1965)? I donât know how rare these are but Iâm having a hard time finding any for some reason.

The Dream in all of it's glory:

Since KD performance, a lot of people ask if this is the best performance in NBA history. This made me think about Kareem's best postseason game. He had a lot of memorable performances - game 1 of 1972 WCF, game 6 of 1974 Finals, game 6 of 1980 Finals... I decided to go with lesser known performance though - his massive domination of the Warriors in game 2 of 1977 WCSF.

He had almost-triple double 40 points performance. On top of that, he scored 40 of 95 Lakers points and LA were 22/59 without counting his field goals. In short - Lakers were horrible without Jabbar.

You can also use some of his other performances from this series, but this one stands up the most to me. Enjoy!