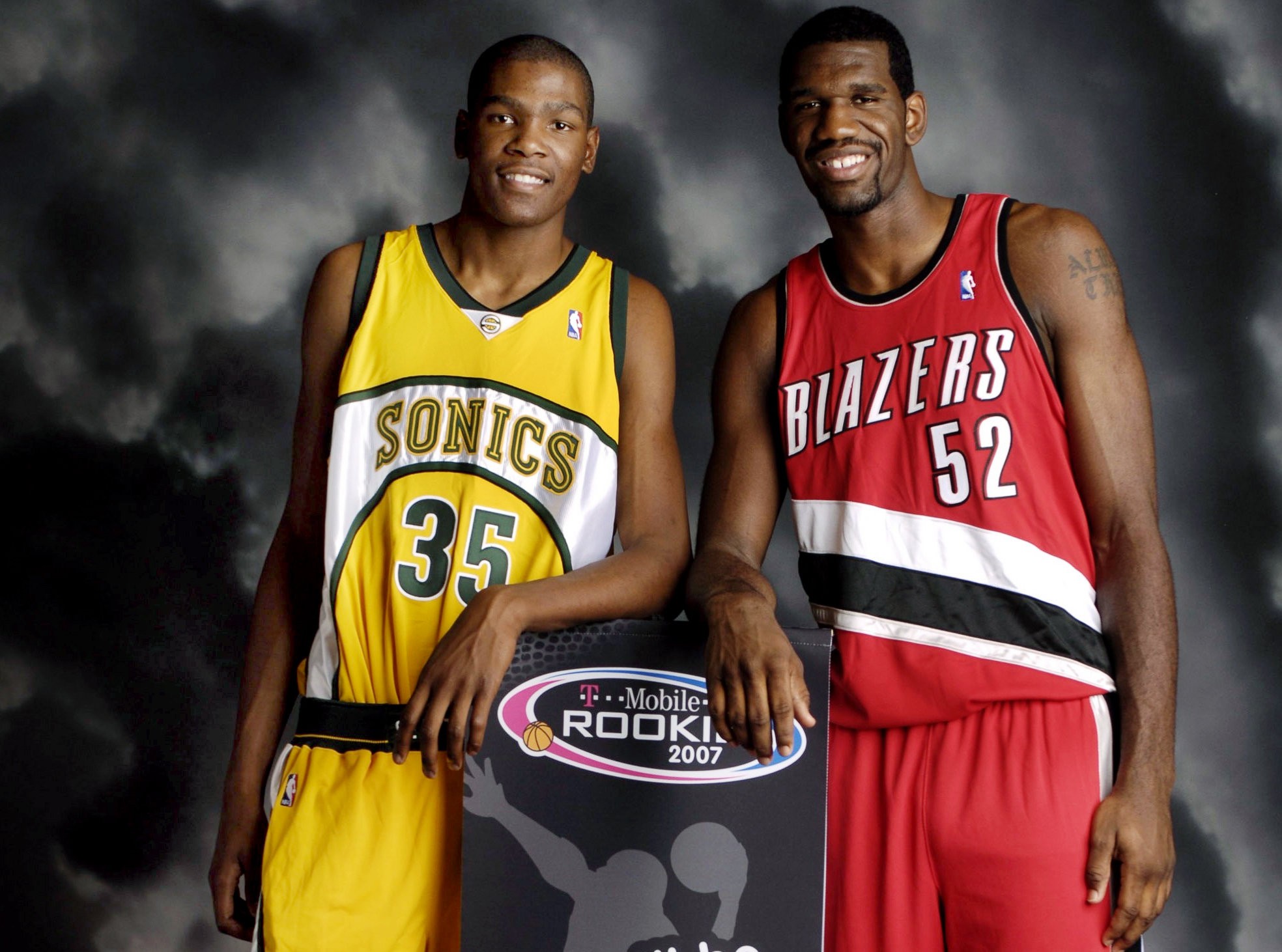 Which season in Portland would he have had his best shot at the title? Do you think he would have made less, equal, or more Finals appearances than he did in OKC?

It makes me think that team composition, chemistry, and to an extent coaching are bigger difference makers than talent.

Can you blame OKC's front office when they drafted Durant, Westbrook and Harden...I can't, they drafted phenomenally.

Many will blame the coaches and to an extent I would agree that Brooks and Donovan didn't coach the talent the talent coached them.

But I will say that is why I give Duncan so much respect is that he allowed Popovich to coach him and coach the team in any direction he wanted. That is bigger imo, than anything else. I can think of two other examples where this happened where a coach took over and the superstar allowed the coach to coach...but with some qualifiers.

Phil Jackson when he decided to go with the triangle and Michael was skeptical and said he would give it a try but if it didn't work out then he was going back to doing things his way.

When Jerry Krause fired Doug Collins in 1989 after the Bulls lost to the Pistons in the Eastern Conference finals for the second straight season, the move shocked many across the NBA landscape.

âI wasnât a Phil Jackson fan when he first came in,â Jordan said in Episode 4 of ESPNâs âThe Last Danceâ documentary, referencing Krauseâs replacement for Collins. âHe was coming in to take the ball out of my hands. Doug put the ball in my hands.â

âEverybody has an opportunity to touch the ball,â Jordan said in the documentary. âBut I didnât want Bill Cartwright to have the ball with five seconds left. Thatâs not an equal opportunity offense. Thatâs f**king bulls**t.â

Jordan eventually learned to embrace the offense, which the Bulls utilized to win six championships. Three times in NBA Finals clinching games, Jordan passed up game-sealing shots at critical junctures â twice to John Paxson (1991, 1993), and once and Steve Kerr (1997).

Jordan still took plenty of shots. He led the league in scoring for seven straight seasons from 1986 to his first retirement in 1993 and again for three straight seasons during the second three-peat.

But the triangle offense helped lead to a change in mindset in which Jordan began trusting his teammates more.

The other instance was Bill Sharman when he was asked to take over as coach of the Lakers and he had an older team with West being 33 and Chamberlain being 35 which was ancient in those days. Sharman came in with some new ideas at the time but seem commonplace now; he instituted the morning shoot around:

That season, Sharman instituted something that had never been done in the NBA - he required his team to come in during the morning of a game to do mandatory morning shootarounds.

The creation of the shootaround, ostensibly to better prepare for games but also to perhaps push players to ending their nights out earlier, is credited to then Lakers coach Bill Sharman in 1971. My favorite story about that was with Wilt Chamberlain on that team. Wilt supposedly told Sharman he comes to the arena once a day and Sharman can decide when. Wilt pretty much eschewed the shootaround.

"I've heard that story hundreds of times over the years. It's a great story. But it never happened. I talked to Wilt right before camp, and he said, 'You know, Bill, I usually don't get out of bed until noon. But if you think it will help, I'll go along if we win.' "

So I think coaching and getting players to buy in to a system is incredibly crucial...which leads into the other point. I think Durant would have had more team success if he was not teamed with Westbrook. Just about any other player would have been better than WB. I think a combination of Durant, Aldridge, and Brandon Roy is not as talented as Durant/WB/Harden but I think it has better chemistry......
I'm so tired of the typical......
Top

Would be interesting to see a franchise that 100% supported him as the franchise player.
Top

Would be interesting to see a franchise that 100% supported him as the franchise player.

LookToShoot wrote:Melo is the only player that makes the Rockets watchable for the basketball purists. Otherwise it would just be three point shots and pick n roll.