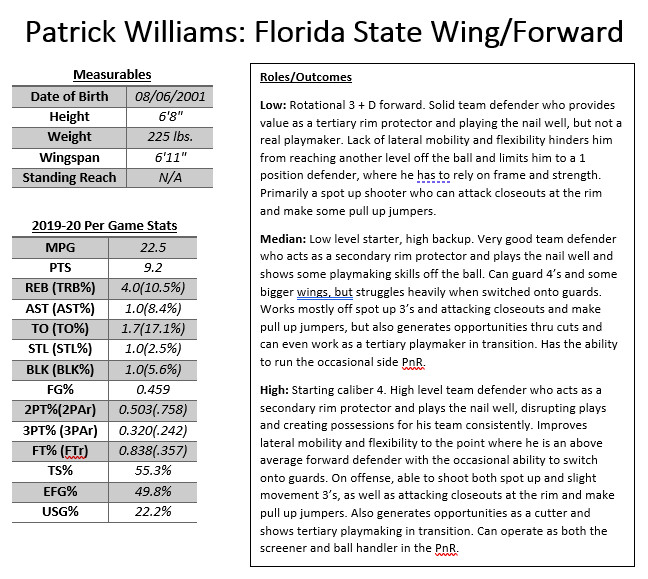 Williams has a very good shot to be a real piece in any team's future plans. As jumbo wing creators increase in the NBA, every team needs a player who can guard some of those big forwards. Williams already has that potential, and can be a wonderful boon to boost team defense. He also provides flashes of skill in almost every offensive area, and while all of those will likely not be fulfilled. Just having those multiple ancillary skills in addition to his shooting could make him a valuable piece on almost any NBA team. 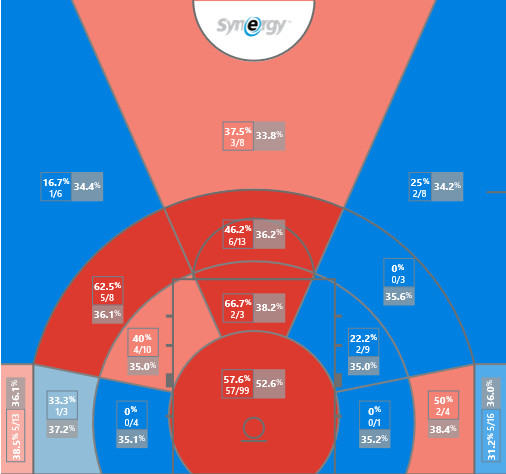 And on the less glamorous end of the court:

Williams can do a little bit of everything, even if his raw numbers from his freshman season (in which he didnât start a game) donât show it. At 6-foot-8, 225 pounds heâs a tough-minded defender on the perimeter and at the rim, and 83.8% free throw shooting offers hope his shooting might come along with reps. Still 18 until Aug. 6, heâs the youngest American-born prospect in the class.

Excellent team defender who will likely spend most of his time early on in his career defending 4âs (power forwards) and small-ball 5s (centers).
Shows potential to be a solid catch-and-shoot scorer whose pick-and-roll potential either scoring the ball or passing out of it bodes well for whatever team selects him.

Williams' age (18), physical tools (6'8" and 225 lbs) and skill versatility create an enticing potential trajectory. He's the draft's youngest NCAA prospect and has a strong, power forward's body and the ability to hit open threes, shoot off the dribble, run pick-and-rolls and finish through contact. On the flip side, he's still far away offensively (9.2 points per game) and limited with his self creation. And despite playing around the perimeter, he doesn't demonstrate the quickest foot speed for guarding wings.

We're going to need combo forwards moving forward to defend the Siakams, Tatums, Giannises, Ben Simmonses of the East. Patrick seems like a worthy candidate to pair alongside D Hunter as a defensive specialist with solid offensive upside.

Wings carry a ton of responsibility in todayâs NBA. Just look at the Rockets. P.J. Tucker goes from bruising Anthony Davis in the post one night to defending Luka Doncicâs step-backs the next. Robert Covington protects the rim, yet heâs also tasked with defending elite guards on the perimeter. On offense, both of them primarily shoot spot-up 3s, but they also set screens and roll hard to the rim like big men usually would. The league has become a positionless place, and versatile wings like Tucker and Covington are the sticky pieces who make everything around them work.

Covington had to change his prioritiesâhe went from a primary option on offense in college to a player who rarely dribbles the ball in the pros. Florida State freshman Patrick Williams will have to undergo a similar transformation at the next level. While coming off the bench for the Seminoles, the strong-bodied 6-foot-8 wing displayed valuable defensive versatility that could someday translate into long-term success once he learns to change directions quicker. On offense, he averaged 9.2 points, showing a knack for shooting off the dribble. Williams hit 18 of his 43 (41.8 percent) pull-up jumpers, according to Synergy Sports. But he also had a bad habit of driving into traffic or rushing into his moves, both of which led to avoidable turnovers (50 turnovers to 29 assists). Williams will need to become more impactful without the ball in his handsâhe looks fluid pulling up for jumpers, but heâs rigid shooting off the catch. He shot just 31 percent on spot-up 3s, per Synergy. As an 84 percent free throw shooter, however, he projects long term as a solid spot-up marksman. And maybe someday, heâll tap into his on-ball scoring ability, too. But to earn playing time early in his career, heâll need to show his coaches he can do more by doing less with the ball.

Sam Vecenie wrote: It might take Florida state wing/forward Patrick Williams some time to iron out his skill level, but his upside as a role player is high if he can do that. Few players have the kind of physique that Williams does, with enormous shoulders that should allow him to keep getting stronger as he ages. He also knows how to play. Heâs reactive in the right ways on defense, consistently being in the right spot to make a play happen with his hands either above the rim or in passing lanes. He can be the kind of multi-positional defensive stopper on big wings that almost every team is looking for.

Offensively, he knows when and where to cut, and he knows how to move the ball around the court. He still needs to keep repping out his jump shot, and his handle could stand to use more work, but he sees the floor well and has great feel for the game. Some teams are going through his grassroots level tape and seeing that for Team United he even played as something of a point forward at times. As long as the shot comes along, Williams has everything it takes to be a really useful cog in a rotation for a long time. I have him solidly in the top 20 now, and he could end up as a late lottery guy. 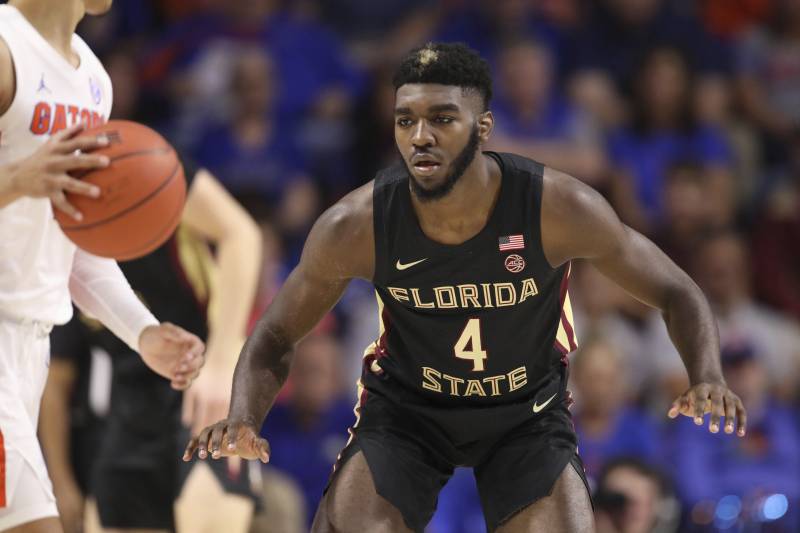 Williams has quietly gained serious steam within NBA front offices. His name has come up multiple times in the sleeper-of-the-draft discussion.

One executive admitted to moving him into the top eight of his rankings, citing Williams being the draft's youngest NCAA prospect with "off-the-charts upside."

Another scout floated the idea that when we look back in a few years, we'll question how and why Williams wasn't a top pick more than any other prospect.

He didn't generate national attention, averaging just 9.2 points and 4.0 rebounds. But for a powerful 6'8", 225-pound 19-year-old, scouts have become enticed by his flashes of physical, athletic finishes, shot-making touch off the catch and dribble, pick-and-roll passing skills and defensive playmaking.

Those particular flashes create a unique potential trajectory if they become routine plays for Williams. And considering he only turned 19 on August 6, it seems as if teams will be willing to bet on his development.

Of the big wings, he's shooting up my board.
Top

King Ken wrote:Of the big wings, he's shooting up my board.

I am you, you are me, weâre a happy family.

Seriously outside of Toppin/Okongwu disagreement... the rest of the ups and downs we have on players seems to be on the same timeline. Lamelo before Pat Will. Iâm huge on Saddiq (I think heâs a Draymond type Schlenk might too at sf) and a few others.
GO HAWKS!!! 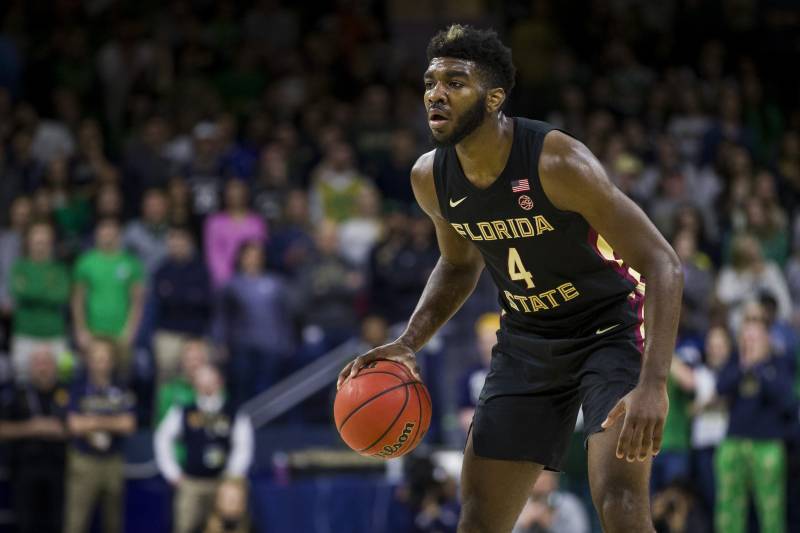 What I'm buying
Patrick Williams should continue using his chiseled 6'8", 225-pound frame for finishing through contact and blowing up plays on defense. I'm buying his power, but also his finesse and touch, which showed on free throws (83.8 percent) and two-point jumpers (44.4 percent).

Skill versatility should ultimately allow coaches to use Williams in different ways offensively, both on and off the ball.

Willing to bet on
Williams only averaged 9.2 points, so ranking him in the top 10 means betting on flashes. And based on the eye test and his age (19), I'm betting on the draft's youngest NCAA prospect to continue building on flashes of three-point range (16-of-50), pull-up shooting (41.9 percent), pick-and-roll ball-handling (0.96 PPP, 90th percentile) and defensive playmaking (30 blocks and 29 steals in 29 games).

He likely could have shown more in a larger role, but Florida State had an older team that shared the ball. Continuing to polish each skill in his particular set could create a unique trajectory for this draft prospect.

Hesitant about
Williams is raw and clearly requires significant improvement to justify top-10 status. There isn't an obvious NBA comparison with his build and skill set, so it's not easy to picture what his upside would look like.

Right now, he's not an advanced creator or shooter, and it's worth questioning his lateral foot speed for defending wings.

Williams has as much upside as most of the other players in the lottery, with a great frame and base set of skills that should add versatility on both ends of the floor. Heâs not ready for major minutes, and a lot of his value involves projection, but as the youngest college player in the draft, itâs easy to take an optimistic tack, so long as a team can afford him time to develop. Heâll hold up fine defensively with his body type and mobility and should be able to guard slower wings as well smaller bigs. Williamsâ offensive future is a bit less clear and tied to how well his handle develops, but heâs shown encouraging signs as a shooter and has enough feel to fit in without issue. For a team that doesnât need its first-round pick to play immediately, he looks like a worthy project and easy lottery option.