Short and Sweet! Let's keep it that way.
Read on Twitter
?s=20
Top

Shout out to Trae, Cam and J Collins for adjustments made on both ends of the court.

Jamaaliver wrote:Shout out to Trae, Cam and J Collins for adjustments made on both ends of the court.

Nah, can't say anything positive about Trae without being dubbed a 'fanboy' these days.

Defensive improvements are evident with Collins. Nice to see.
king01

Ranking Every NBA Team's Starting 5 so Far, by the Numbers 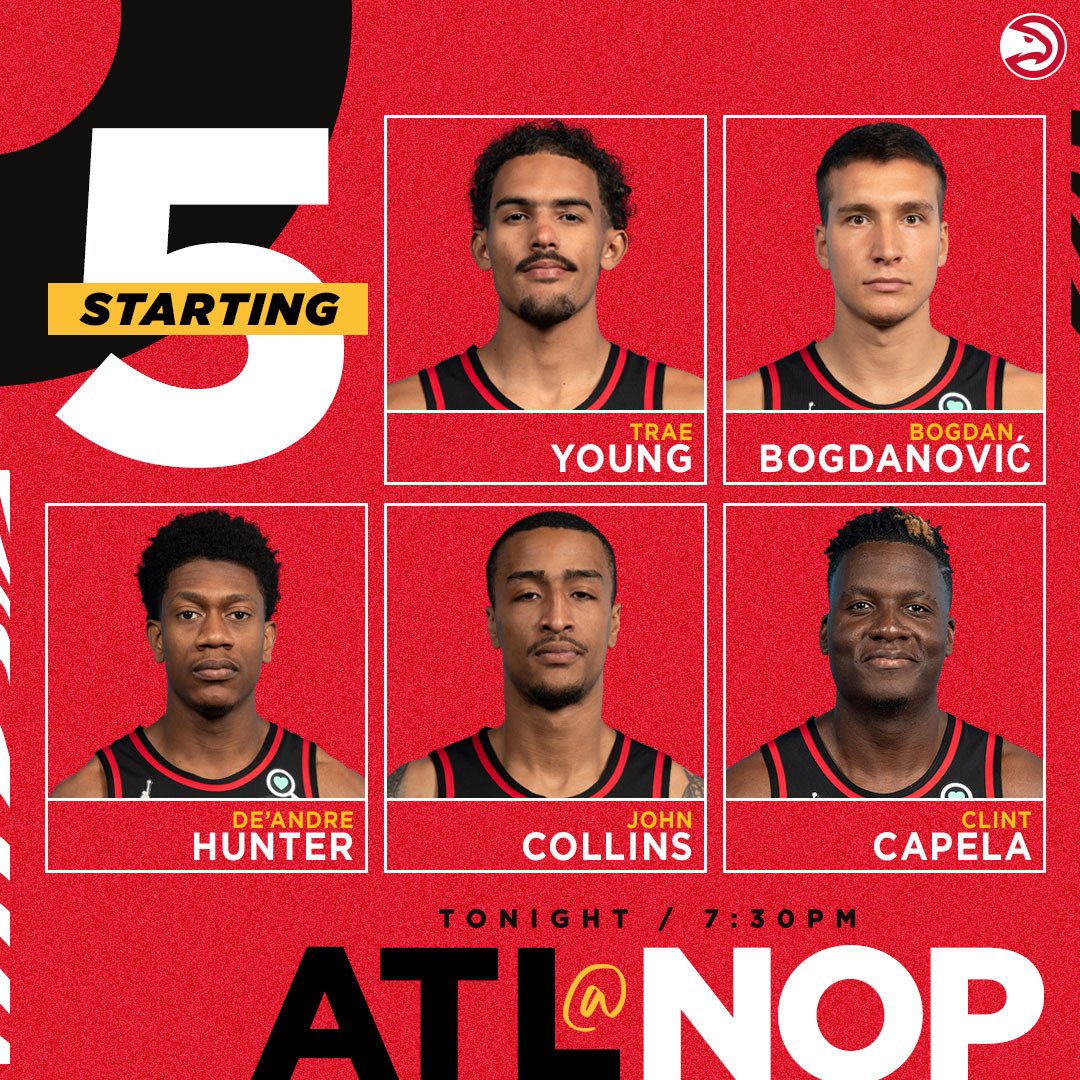 Long-Term Trajectory: This checks outâand then some.

Injuries are all that stand to get in the way of this starting five's success. It includes a little to a lot of bit of everything at full strength: shooting, screening, rim-running, rebounding, ball-handling, etc.

Wing defense is a potential weak point, but not a debilitating downfall. Hunter is a stud, and Bogdanovic actually moves. We should all, collectively, be done sleeping on Collins' decision-making away from the basket.

None of which guarantees a net rating over 30 is sustainable. This Atlanta Hawks quintet is enjoying crappy shooting from their opponents at basically every spot on the floor.

What's happening on offense, though, isn't ephemeral. Between Atlanta's cabal of outside shot-makers and reliable finishers, this unit can keep hanging almost 119 points per 100 possessions on enemy defenses all year.

I got a question....do our two rookies need to go to the G league to get playing time and development? I guess that they're getting some practice time with the big boys, but their game time is almost non existant
Top

GLeague starts in a week.
Top

GLeague starts in a week.

Be interesting to see what Travis and Nate do. Got to think that they need to play in games and this Hawks team is crazy deep
Top

Sharife Cooper is on a two-way contract currently. Meaning he's only available for a portion of the team's games this season. (50 games IIRC.)

Jaylen will likely get some PT in College Park and return to the big league team when injuries make it necessary.
Top

Jayu posted part of this in another thread, but it seems like part of a larger conversation that needs to be had: The offense isn't exactly humming right now. We're still hovering around top-10 in offensive efficiency, but that seems more based on talent than scheme.

Too many long-2s. Too few 3-pointers (particularly from the corners.)

Zach Harper wrote:Most concerning for them right now is the offense. It looks a lot like the much-maligned Indiana Pacers offenses that Nate McMillan had in his previous stop. Thatâs not what you want to see with a team carrying this much offensive talent. Trae Young seems far more concerned with complaining about calls heâs not getting anymore than just going out there and playing. His talent is superior, so he doesnât need to game the system. Young will find ways to gain separation on offense, and when that happens, it should be a floodgates situation for everybody else benefiting from that. His numbers are good and the Hawksâ numbers are fine, but utilizing the 3-point shot a lot more will be their best foot forward.

Our Spacing has been Craptastic
Read on Twitter
?s=20
Top

Chris Kirchner wrote:the Hawksâ shot profile is a cause for some concern

Mondayâs game against Washington showed what Nate McMillan and the Hawks want the offense to look like more frequently â ball movement from side to side, less settling on attempting shots without being set and fewer plays where itâs âmy turn, your turnâ basketball and players are making sure theyâre getting their shots up even if it might be a poor look.

âItâs only one game. I donât want guys to go back to that (isolation) stuff again. Weâll see. I hope it works out,â Bogdanovic said.

A theme seven games in for the Hawks has been their penchant for attempting midrange jumpers, and lots of them. Even in a game when the Hawksâ offense looked as good as it has since opening night, Atlanta attempted 34 percent of its 83 field goal attempts in the midrange, and 12 of those shots came outside of 14 feet â and the Hawks only made three of those attempts. Going into Mondayâs game, the Hawks led the league with 40.1 percent of their shot attempts coming in the midrange.

[T]he midrange is a fixture for a McMillan-led team. Weâre seeing that so far in the early part of the season. Under McMillan, the Pacers never finished higher than 26th in the frequency of 3-point attempts in any of his seasons as head coach. McMillanâs offensive philosophy was a point of contention between him and Indianaâs front office.

A Trae Young-led team seems to thrive with as many 3-point shooters on the floor as possible â but they were 29th in the league in frequency of 3s attempted (heading into this week)...the Hawks have attempted too many long twos. They lead the league in that category with 17.2 percent of their shots coming from outside of 14 feet and inside the perimeter. This isnât a team built to destroy teams in the long midrange; nor should it be with their roster construction.

The Hawks have also not attempted as many shots at the rim as they should. Theyâre in the bottom 10 of shots at the rim, yet they have two of the best rim-runners in John Collins and Clint Capela â as well as Young.

Where the Hawks are shooting most of their shots does need monitoring moving forward, though, because it has been a recurring theme for McMillanâs teams, and Atlanta has one of the most modern rosters that wasnât built for what his teams have been known for. Itâs likely going to be a work in progress as the season continues.

Man, how quickly things change in this game... 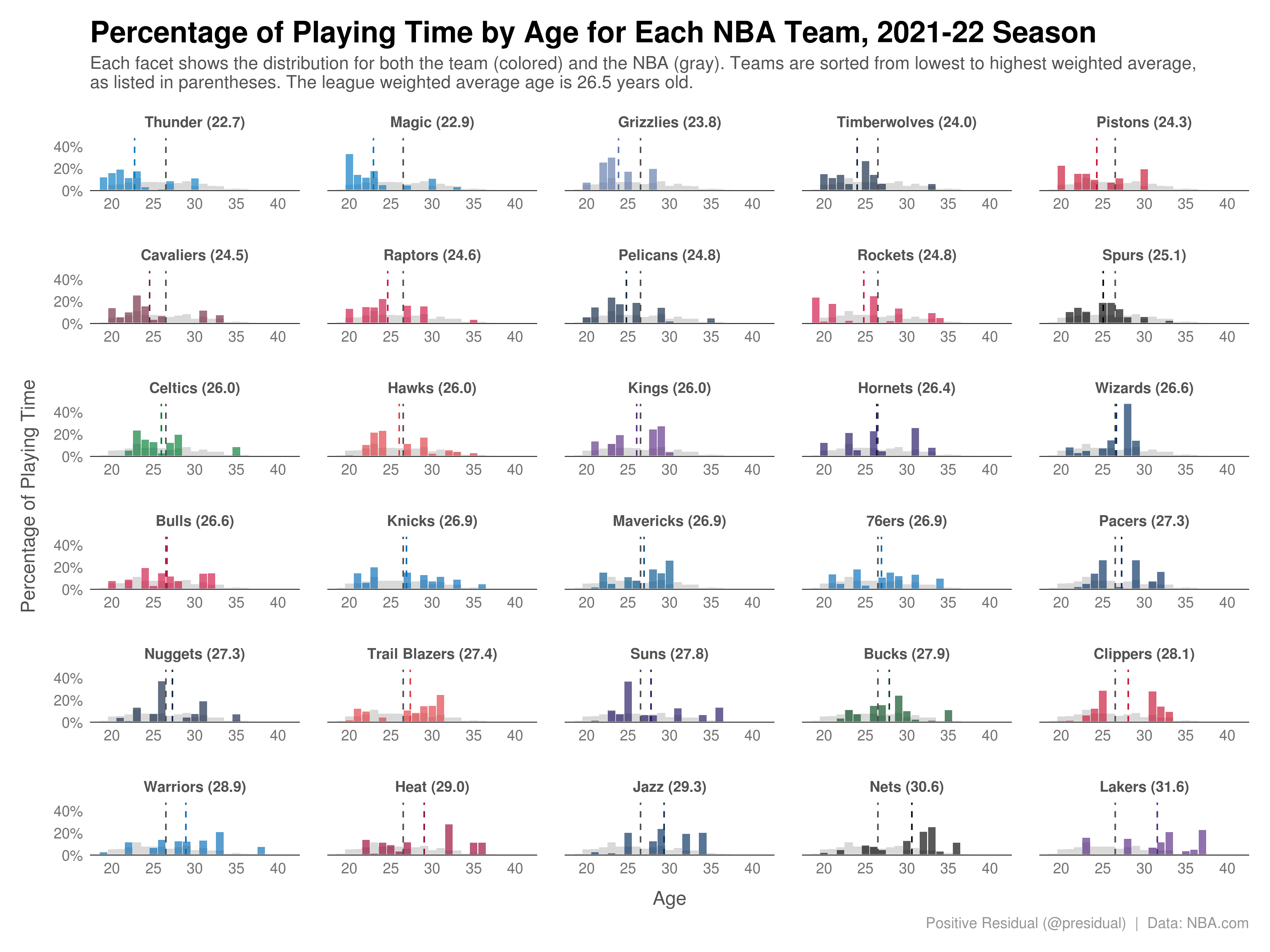 When Atlanta's offense is rolling, it can bury opponents beneath an avalanche of points. Trae Young can shoot from anywhere, nearly every player who hits the court not named Clint Capela offers range and the squad can score in bunches.

At least, that's how this is supposed to work. Early on this season, though, a big chunk of this rotation has morphed into bricklayers.

Young is shooting below 30 percent from range. Ditto for Kevin Huerter. John Collins, De'Andre Hunter and Lou Williams are all stuck at 33.3. History says these snipers will come around, but the Hawks are still encountering more cold spells than expected.