Perhaps a little known fact is that Buddy Holly gave a teenaged Waylon Jennings his start in music, and was his mentor. This was after a contract dispute with the record company that forced Holly to go on tour without his backing band. Tour was taking place during horrible conditions in a busted up tour van during the dead of winter. Buddy Holly chartered a plane for his 3-piece band to fly to their next show just to but time to rest and do laundry.

A 19yo Jennings gave his seat up to the Big Bopper, who had the flu at the time. The other bandmate gave his seat up to Richie Valens. In keeping with how much **** they talked to each other, Holly left for the plane and told Jennings that he hoped the bus would break down. Jennings told the 22yo Holly that he hoped his plane would crash, which it did, killing all on board. This became the inspiration for the Don McLean song, "American Pie". Jennings blamed himself for the accident for a long time and quit music altogether for a couple of years and moved to Arizona, before his brother encouraged him to get back into it. Which he did, eventually becoming the leader of the "outlaw" country music genre in the 1970s, along with Willie Nelson and a few others.

These pics of and with Buddy Holly were taken in 1956 in a Grand Central Station photo booth. 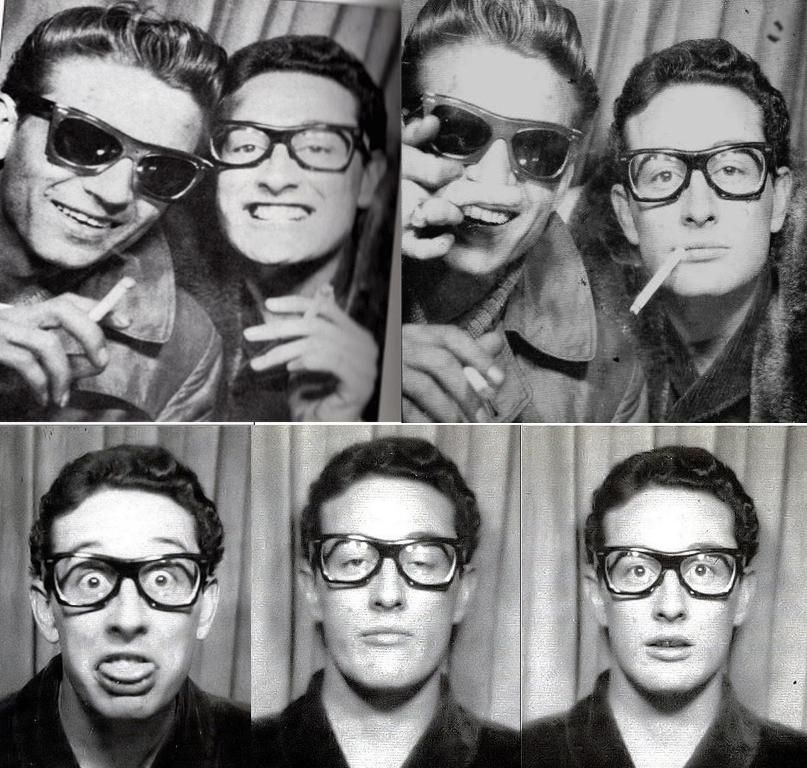 Wow...I knew all of that story except for the part about Jennings joking about the plane crash. Thatâs some crazy stuff right there. Tragic ****.

While I am nowhere near that age to have experienced these guys in their primes- I am the youngest of 3 children and I was not planned haha, I am 11 years younger than my oldest brother. My dad is 75. I know all of that story and so many others because every summer from about age 5-14 we would drive from ct to fl. A straight shot down i95 south. We would listen to that era music the whole way down and back.

More recently being a salesman who started out working with my old man in our business and covering several states in the northeast Iâd pick him up on our appointments and in a role reversal put SiriusXM on 60s on 6 or 50s on 5 for him and let him jam out.
Top

If you still haven't, do yourselves a favor and watch Watchmen. Then read the interview of the show writer below right after. Very relevant to what's happening right now.

Recently found out about comic Andrew Schulz. He does stand up, podcasts and youtube rants.

Hulu paid the most money ever for a movie from Sundance, for the rights to this. I am super excited to see it.

CeltsfanSinceBirth wrote:Working through Money Heist right now on Netflix and it is great. The actor playing Tokyo - she is gorgeous.

I really enjoyed the first two seasons, but IMO things started going downhill in season 3. I stopped watching 10 minutes into season 4 because all I saw was a glorified soap opera + guns & violence (as opposed to the violent show with some love/sex that had gotten me hooked in the beginning). Just my two cents.

And Tokyo's hotness is indeed worth the price of admission.

Warrior Nun was a waste of time lol. A review saying it was like Buffy made me watch. It was nothing like Buffy ugh except maybe for a cute young blonde as the lead.
Top

Perry mason was a bit slow but good enough for me to keep watching- 2 episodes done so far. Netflix has a new unsolved mysteries series w the original music......or close enough to the original music that made me **** my pants as a kid.
Top

If you haven't seen it yet, this is a good weekend to watch "John Adams" especially the first 2 episodes.
Top

Never seen it before. Thought it was brilliant. o many actors I recognized from other stuff. Kind of an All-Star cast. Special shout out to Christopher Jackson from Bull as George Washington and Jonathan Groff from Mindhunters as King George. Wish I could've seen this live during its original run.
There is no statute of limitation on Twitter. Remember that...
Top

ConstableGeneva wrote:Warrior Nun was a waste of time lol. A review saying it was like Buffy made me watch. It was nothing like Buffy ugh except maybe for a cute young blonde as the lead.

I didn't find it a waste but I found Eva super annoying for many of the episodes. I get that due to her circumstances, she was emotionally a 5 year old and understandable but for much of the series her character was difficult to root for. It really wasn't until Toya Turner who played Mary became a bigger part of the story that it got interesting. She basically owned every single scene she was in.
There is no statute of limitation on Twitter. Remember that...
Top

I guess this falls under Art, Music & Literature?