Championship win. Going to the finals. Get the parade ready.

This team without Tatum and Brown is AWFUL. Credit to Thompson and Smart's clutchness.

We can be a really good team for 12-18 minutes per game.
Top 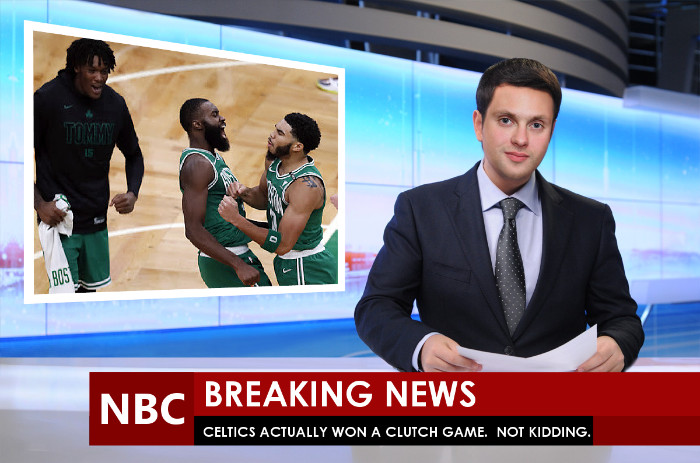 Close one. Should have won by more, but too many turnovers (8 by Tatum) and missed a few chippies around the rim.

Marcus with big, big shots and big, big plays down the stretch, but can't take the VC away from TT and his +24 in 22 minutes. Marcus should get the CP for sure. Team seriously needs to work on passing fundamentals.
Top

Ugly win but better than taking a L. Hard games coming up.
Top 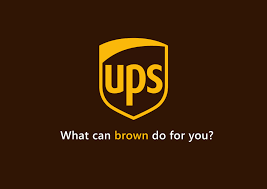 Tommy Heinsohn wrote:The game is not over until they look you in the face and start crying.

Thompson really gave us a boost, Brown's shooting kept us in it, Tatum was solid but a little too sloppy with the ball, and Marcus stepped up big time in the clutch initiating plays and hitting shots when Tatum was being trapped. Team win for me, we played hard for just about all 48, a refreshing sight.

Froob wrote:SVG is like JVG from an alternate reality where JVG is interested in talking about the game

KyrieEarthling is a legend
Top

I don't care about boxscore, TT had the most positive impact for our team and is easily VC for me.

Brown and Tatum worked hard to change bad habits so props to them for that.
Top

A lot to hate, but enough to be happy about.

Great to see a grind out game like this, have to give this version of the knicks a lot of credit.

Gotta go with Brown but he could hot box with a few dudes.
Donât Trade Hayward Fan Club (Member #1 of 1)
Top

I can't see us losing another game looking at the remaining regular season and playoff schedule.
Top

gentlemen an UGLY victory always better than a pretty loss. not that our losses are ever pretty.

Boston will never win 18 BECAUSE of Brad Stevens
Top

Mauling another top team from the East!

They gutted this one out. Credit to them. Love to see it!

This team could play for weeks without Kemba and I wouldnât miss him. I missed the UniKornet a bit but Tristan did fine. Romeo and Fat Williams did fine.

JB and JT showed some heart and made some big plays when they needed to. Thatâs what this season is all about: being ready to finish those close 4th quarters in the ECF. Without reverting to only fadeaway threes and turnovers. Getting reps is the only way to do it!

Voted JB. Almost Smart for Smart reasons.
JT take care of that ball, man!
with buckners and playa-hater on the TACKO FALL FAN CLUB -- we GO BIG or I guess, go home. But we prefer to GO BIG!
Top

Pleeease put some respect on Tristan Thompson's game. Not a great rim protector but his switching and toughness makes up for it, often in ways that we don't observe directly. On the other end, his roll gravity and finishing ability aren't great, but his offensive rebounding makes up for that as well.

Hopefully Romeo getting his feet under him can be a silver lining in Fournier's absence. He hasn't proved it yet per se, but shooting is really the only thing he's not good at on the court. If he's improved in that aspect, he'll just need to up his touches to become a real player in the league.

Only saw the first half and last 5 min so far, but good gut it out win it looks like. Withholding my real vote until I watch the full second half, but seems like Smart so far.

Or Kemba for the Jimi sweatshirt.
Or Bullock for honoring his bet with Payton and rocking his old hairstyle.
Top

so what your saying is you suffer from blindness.. you have my sympathy..
Boston will never win 18 BECAUSE of Brad Stevens
Top

Read on Twitter
We can be a really good team for 12-18 minutes per game.
Top

Smaaaaaaaht smokes it, glad to see his name on the list this time around... weâre going to climb up the standings like it or not. It will be nice to get Fournier and Kemba back and have a game without one of our core players missing. Def a scrappy win but it wasnât pretty..... Back to .500 letâs go
Top

CeltsFlow wrote:Thompson really gave us a boost, Brown's shooting kept us in it, Tatum was solid but a little too sloppy with the ball, and Marcus stepped up big time in the clutch initiating plays and hitting shots when Tatum was being trapped. Team win for me, we played hard for just about all 48, a refreshing sight.

Tatum was a little sloppy but I feel it was because he was trying to break the iso habit. I'm happy to wear turnovers from him and Brown as they try to improve their ball movement. I'd prefer that short term pain than watching iso ball for the rest of their careers.
Top
Post Reply
116 posts