for those not into videos [I don't click on them much]

âThis is me putting on my reporterâs hat here. People in NBA circles are talking about this right now: Allegedly, the uncle, Uncle Dennis, was asking for a lot of stuff from the other teams; houses, planes, sponsorship, guaranteed sponsorship money, just as an example. Theyâre throwing this stuff out there. All of those things are supposedly illegal in the collective bargaining agreement. I have no idea whether this is true or not. Iâm not trying to cast any aspersions on Uncle Dennis, but people in NBA circles are talking about this as we speak. Why is that important? Because one could argue the reason why this story is out there right now about the Lakers and the Raptors feeling played wasnât just because of what Uncle Dennis asked for, but theyâre going to try to turn that around and parlay that into a question about what did the Clippers give up to get Kawhi Leonard. So in other words, youâve got teams right now playing games with one another talking about theyâre trying to point the finger at the Clippers saying, âletâs ask what the Clippers did to get Kawhi Leonard.â

Gotta love how from the beginning, ever since the Spurs thing, "league sources" and "connected" reporters have been trying to paint Uncle Dennis and Kawhi's circle as these incompetent entitled dudes that don't understand how this works and blah blah blah. Yet at every turn, they've showed they're f*cking geniuses that know how to assert their leverage to always get what they want. Even at the expense of our much admired front office, or the sacred Spurs front office.

The fact that they always refer to him as Uncle Dennis, instead of, for instance "agent and father, Torrel Harris" as they do with Tobi's dad, already shows the intent of not respecting him. Yet the guy outplays the smartest, most respected league guys at every turn. In a professional way too.

I wish he didn't squeeze us like that for all those picks and then only committed for two years. But gotta respect the way he does it. Suggesting he doesn't know the CBA or is asking for illegal stuff is just idiotic. No matter how bad guys like Stephen A try to paint the guy, he'll probably keep outsmarting the guys who leak stuff to these reporters. Don't think they're gonna fool us about it either.
Top

I hope the clippers didnât agree to anything against the CBA or if they did that there is no direct evidence! I donât know what the punishment would be- hopefully not void of contract like certain trolls have mentioned
Top

Roscoe Sheed wrote:I hope the clippers didnât agree to anything against the CBA or if they did that there is no direct evidence! I donât know what the punishment would be- hopefully not void of contract like certain trolls have mentioned

Don't worry, don't think they're that stupid, much as some people would love to think they are.

We've gone through it upthread, but the "Ballmer is corrupt" was planted by Lakers fans/affiliates, I'm pretty sure there's zero truth to it. You don't get to be as wealthy as Steve Ballmer without understanding well what you can't and can't do, I wouldn't worry about a Joe Smith situation.
Top

Would be nice to get a new alt uniform
Top 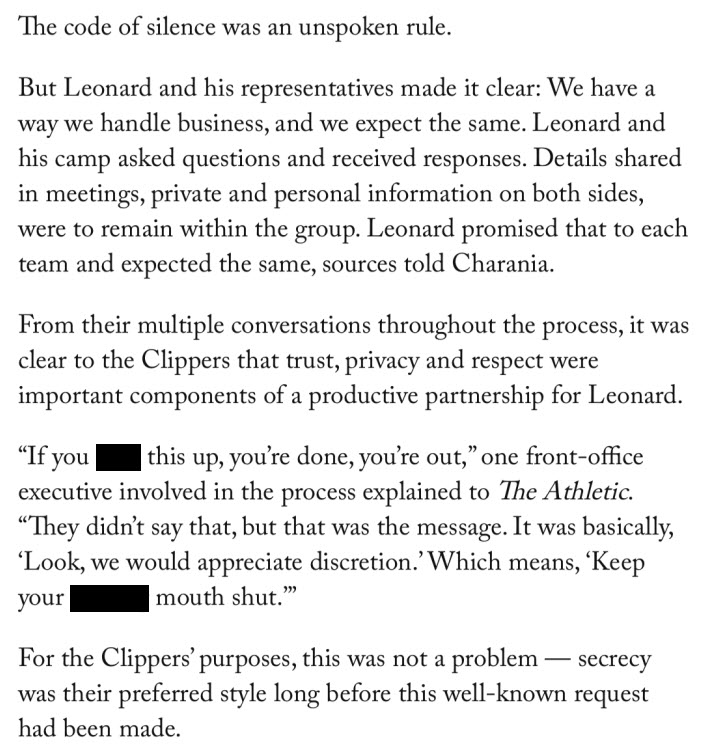 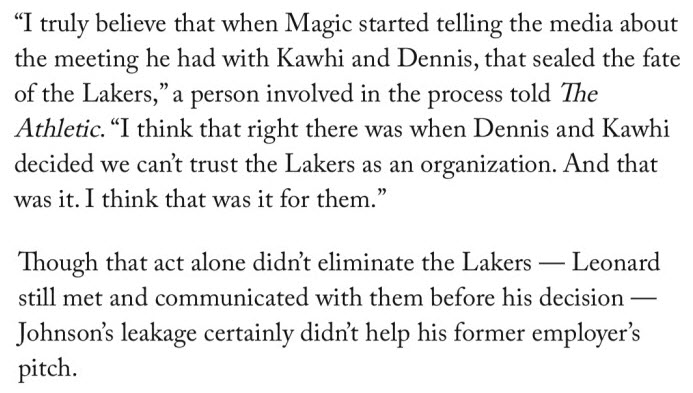 esqtvd wrote:
I've thought that the Clips are trying to impress the shy, private person Kawhi what a tight-lipped org they are. No leaks.

Magic shoots off his mouth about everything.

Hoping we meet in the Playoffs!
Top

No surprise--Clippers vs Lakers Christmas Day!!

My only question was whether they'll be on Prime Time on the East Coast. My guess is yes, because they Rockets at Warriors is also scheduled, and I bet they're the late game.

The whole world wants to see The Battle for LA!!!

If Paul George isn't ready by opening night, my guess is this will be the rotation:

illastrate wrote:If Paul George isn't ready by opening night, my guess is this will be the rotation:

This is pretty dope