A special day today, but we must stay focused on the task at hand. Simply put - Win. Then, let's celebrate!

And after the game: 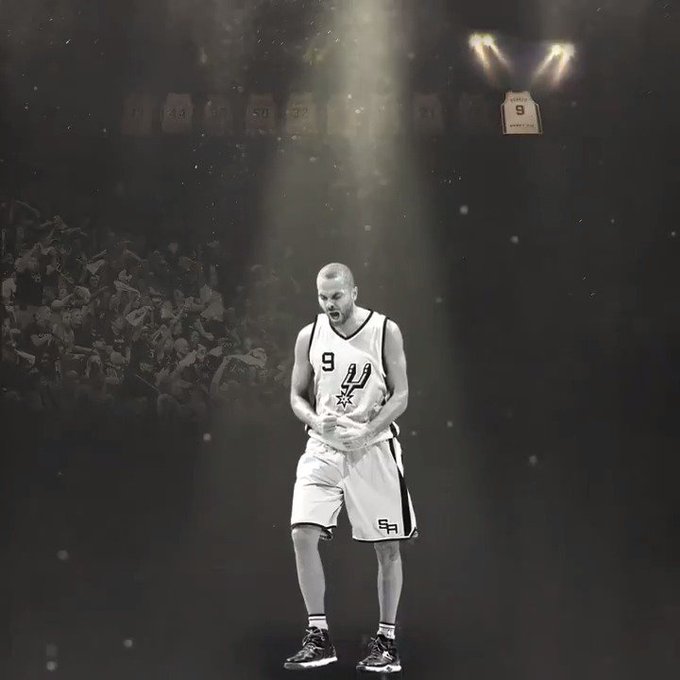 Laboured start. Need faster decisions and more penetrations rather than drive and kickouts. We ahve to use our D to O transition strength to not allow them to get set on D or else it's a grind out and we're relying too much on outside shots.

Aaaaand Beli goes in the last two and half minutes of the first quarter, misses all his shots including a wide open layup and our opponent goes on a **** 9-0 run.

Much better second Q. Transition game sans Beli on the court and we're right back in it.

LMA finally beats his man down the court, seals his man down low quick pass from Rudy for the easier LMA bucket of the night. More of those, please, Spurs!

Some big time 3 pointers dropping right now, amidst a big defensive play by Derrick. Fantastic turn around this quarter.
Top

Looks like I jinxed it... Went ice cold after I posted this. Sigh.

That was rough.
Top

This is a horribly assembled team.
Top

Bad loss, no excuses. The weird thing is, this is a more talented, deeper team than last season. Our bigs situation is the same save with Trey swapped for Davis, with far better guard depth. We're just not cohesive and assertive enough yet.

Another young athletic team that we can't defend.
Offensively there is no urgency to score if that makes sense. Meaning we don't work for good shots. Its usually someone pretending to drive when everyone on both teams know they aren't going to shoot, only to jump up in the air at the last second and try to pass it back out because they cant get a shot off. Then settling for some lame fade away or forcing a contested shot. Its hard to watch.
Top

The point guards, for all their youth and potential simply can't run the show.

For 48 minutes they pass the ball around the perimeter then randomly decide to shoot a contested fadeaway around a screen.

No penetration, no spacing, no 'im an All NBA forward give me the ball now', too much Derozan iso BS, too much Rudy Gay thinking he is living 10 years in the past, too much of the worst coaching Pop has displayed in 20 years.

Never been so embarrassed to watch this team play.
Top

Well, there's no sugarcoating it, that was disappointing. We once again started in too low a gear, and when our opponents were missing early we did not capitalize with our transition game. Instead, we trotted down the court, content to set up a slow half court set after slow half court set. Even then we got open shots, but we insist on starting games taking outside shots while our opponents figure out ways to exploit us.

On the other hand, we had multiple possessions of over-passing on open shots and then the time wound down and we forced end of shot-clock, more contested, farther from the basket shots; we kept on driving either into multiple defenders and turned it over, or drove and had the shot but maddeningly kicked it out for the harder, farther shot.

On defense, we got taken advantage of on switches especially in the first half where they had the smaller player on their Cs and got quick baby hooks and baby Js in our key (48-32 points in the paint). They also got key O rebounds and made more of those chances by scoring, whereas when we hustled for O rebounds and had multiple chances, we did not take advantage by getting points.

It's strange how we need to simplify the attempt at flair plays - too many passes that went from good to great to less so; when we got a stop or steal we drove into multiple defenders without making plays for team mates. Yet at the same time, we need more diversity of plays - more alley oops, more cuts (though we had some in the final Q with Jakob and LMA), more back door passes, etc. We did execute some cross court passes which is a newer positive this season, but we need to implement some more plays. The book is out on us: LMA is getting doubled, DeMar is getting stripped, and we are getting exploited inside on D. All of these are in our power to fix and improve.

I feel like we now have had enough time with one another, and now that we've gotten past the Tony ceremony, it's time for Pop to tighten the screws and expect more from each player. What we need to figure out is whose team this is. Yes, we are a team in transition, and yes LMA and DeMar are not two of the Big 3 - it's not a fair comparison or expectation. But at this juncture we need to have a fulcrum like LMA was the last couple of seasons.

We have tried the 'by committee' approach, and the team-oriented focus is good, but there still has to be a keystone. Dejounte sometimes shows his youthful exuberance and the errant drives show his inexperience mixed with passion to do more. The thing is, what works against one team won't necessarily with another, and we played into their D strengths when driving into the key without first stretching out their D. IF LMA is still to be 'that guy' this season, so be it, but let's do it with a more diverse game. We know he can get to his spots for post ups and curl drives and picks and pops, but implementing him more in transition where he seals his man down low and we make quick alley oop passes for a quick bucket is there for us. At this point, I'm fine with transitioning away from DeMar having the ball in crucial moments of the game to try and create shots. We know what we're getting from him, and once again driving for a foul isn't getting us the results we need. Those bobbled dribble turnover or quick shot without involving anyone else on one end that result in quick points against us on the other are all the more costly in a close game. I don't want him to be 'the guy'. If LMA or Patty or Rudy is taking that shot, I live with it. DeMar in pressure situations is not the guy I want to bank on.

That said, in the broader context, this should not have been a game that came down to a late pressure situation. Both of the recalled late calls were correct, and we gave ourselves a chance, but it is hard to fight from deficits throughout a game, and game in, game out. At some point, pride of the collective has to take over and barrel through and we have to stop pussyfooting around at the beginning of games and impose our will.

Our complementary guys are stepping up well. Rudy has frankly lost a bounce in his step, but he knows how to score in bunches and was less ISO-centric tonight. Patty in his right role has stepped up. Dare I say that Beli found a little something of his shot? We need to incorporate Jakob more, and find minutes for DeMarre and Lonnie as part of the set rotation.

As far as the shots we did take rather than the ones I think we ought to add, whereas last game so many were front of rim misses, tonight there were many that rattled back to front rim out. Good effort, but maybe indicative of pushing too much.

These are all related to our identity as a team, which is still more deferring to by-committee to the point of constraint rather than working from that cog out that I mentioned before. We were more locked in last season because we were more on the edge desperate. I think we showed that in spurts in the second half (or more specifically in the second and a lot of the fourth quarters), and need to show more of that for more of a game. No such thing as a gimme game, and I hope this game is a wake up call to that end.

I believe in our talent, and I believe that we now need more desperation and will to play more cohesively. Pop has done the reining in to focus our D and O game before, and I wonder whether the stick will follow the carrot now that Tony's big night has come and gone. We're due for the task master approach, and for our collective light to come on.

We have an extended road trip coming up, and I hope that we tighten our bond and get focused. We are more talented than last season, but have yet to play up to the best of our strengths. A more concerted group effort and a more diverse game will serve us well in showing our best and raise the floor and ceiling going forward.

As pragmatic and thoughtful as ever, Grey.

I share some of imagump and Phreak's concerns as well. Though I wouldn't go as far as to say I feel anything like embarrassment when watching this team play, at times they do look ill-constructed and bereft of ideas, which is not an accusation one can typically levy at a Popovich-led Spurs team. In late game situations, I sometimes feel like there isn't much of a plan when DeMar's hero ball shots aren't falling, although to be fair to him he generally hasn't been too bad in late game situations so far this season.

I'm not fond of scapegoating individuals at all, but Beli has to be one of the most frustrating players to suit up for this team, and I still remember the decrepit version of Damon Stoudamire we had in silver and black filling in for Tony some time ago. While there are some persistent issues going from game to game (Grey pointed out issues with switches and rotations), the main positive is there's plenty of time to turn it around and I have faith in most of this group.
Top

I'm not embarrassed at all. What I mean by hard to watch is that they are not playing good basketball. I see no aggressiveness, laziness, poor shot selection and for lack of a better word, lackadaisical play. Its like no one takes anything personally. We just seem to be going through the motions soo far this year. I have never seen a Spurs team act soo nonchalant since even back in the George Gervin days. I keep telling myself its only November but it keeps happening.

I think the ill-constructed thing is overdone actually. Good, winning players will win regardless of how the roster is constructed. There are no positions in todays NBA. I think our roster is one of the most talented in the league top to bottom, but they just seem to let things happen rather than make things happen. Our leader is Patty Mills it seems. He is a great guy and he is actually playing better this year than he has in awhile, but if he is our leader with this roster we have leadership problems.
Top
Post Reply
19 posts • Page 1 of 1