I would like to see us pursue DÄvis BertÄns. By signing him we add another shooting threat off our bench.

2019-2020 he played 54 games before the shutdown, shot .42%, and made 200 3-pointers. He played a much bigger role with Washington this season than he did the previous year with San Antonio.

We would be able to space the floor to an obscene degree.

Notice the amount of green dots placed several feet behind the three-point line. Those originate through a series of catch-and-shoots (43.1 percent accuracy on 7.3 attempts per night), and pull-ups (40 percent on 1.3 attempts) both assisted and unassisted.

The presence of such a duo on the floor would only help other Hawks, such as John Collins and DeâAndre Hunter, who will have plenty of space (and kick-out opportunities) to operate with. Increased spacing isnât bound to change basketball. But spacing to this degree, combined with the presence of two of the most difficult shot-makers in the league, can alter the way we see the game being played. 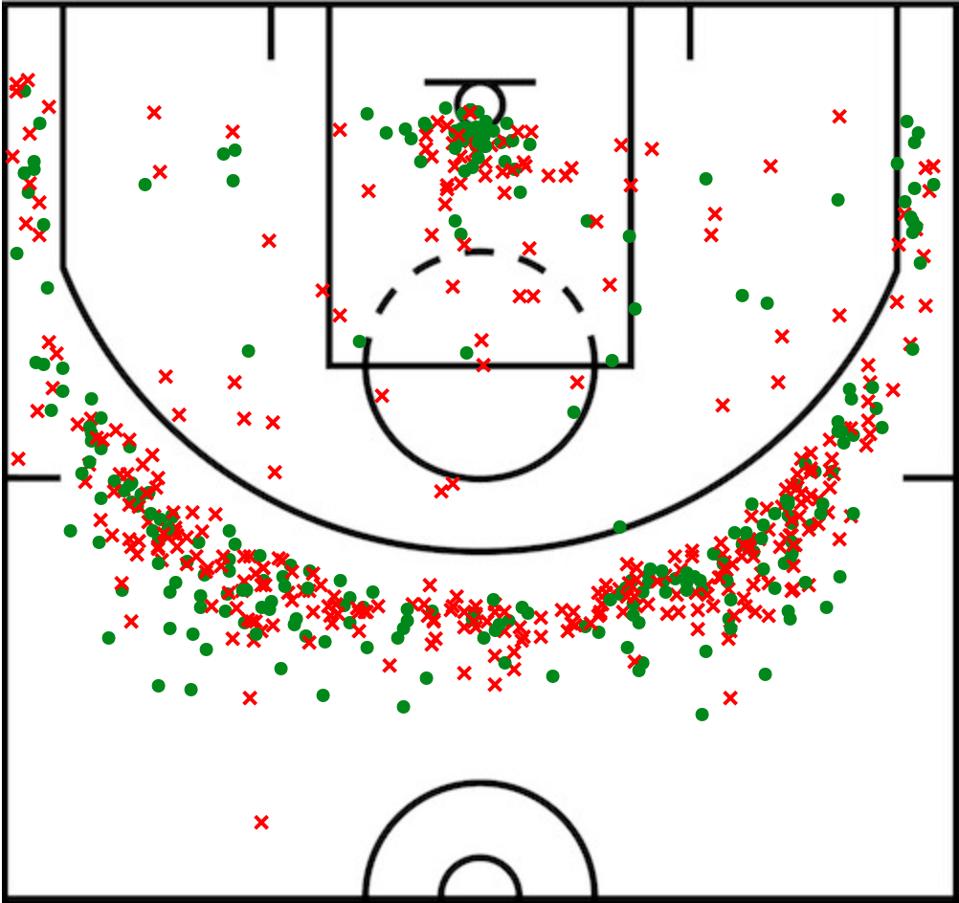 Not persuaded that Schlenk will be pursuing very many, if any, players who do not add to this team's defensive profile. Can never have enough shooters, but there are enough good shooters in this FA class who also are credible defenders that it would be odd to me to see us go after Bertans.
Top
Post Reply
3 posts • Page 1 of 1